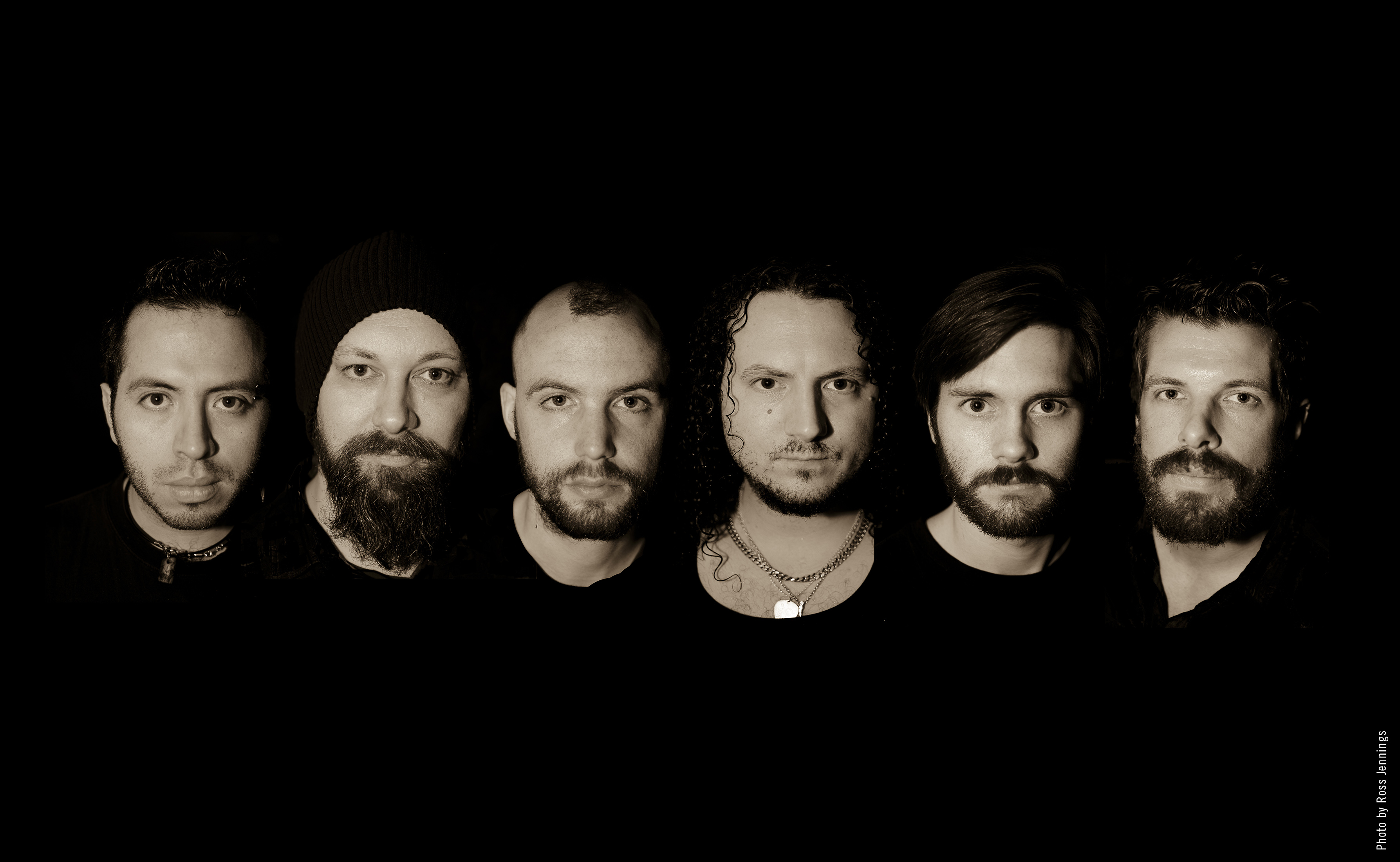 By David RodriguezAugust 3, 2018 No Comments

Haken came through on social media with #hvken to announce their next and fifth album in ten years, Vector! The London progressive rock/occasional metal band has been at it for a little over a decade now, and look to surprise fans with their next outing which is due out on October 26 later this year.

With the announcement, the band teases more of a heavy presence on Vector. Guitarist, Charlie Griffiths, explains, ‘we’ve always had a heavy influence, but it was obvious from the riffs that were naturally coming out of us early in the writing process that this would be a more metal album. These are some of the most riff driven songs we’ve ever written‘.

The album seems to have a concept and theme, with the music exploring a relationship between a doctor and a catatonic patient of theirs. The mind of the patient is active, but is it from lived memories or delusions caused as a symptom of the treatment endured? Haken leave that up to the listen to uncover throughout the album’s seven songs which, coincidentally, we know the titles of:

In keeping with the medical and psychological themes of Vector, Haken have also launched a unique fan competition! Adorn the cover of the album is a Rorschach inkblot, and the band is giving their artistically inclined fans an opportunity to design their own inkblot, which will be etched and pressed to the fourth side of the new album’s vinyl pressing! Griffiths and fellow band guitarist, Rich Henshall, detail it more in the video above. Submissions are due by August 10 by e-mail to drrex@hakenmusic.com.

Quite a series of announcements today! No new music yet, but we anticipate a single will drop sooner rather than later. Keep it locked to Everything is Noise and our Facebook page for any additional information. Be sure to follow Haken on Facebook and Twitter. They recently announced a North American tour to correspond with the album’s release with Leprous and Bent Knee, so check that out as well!