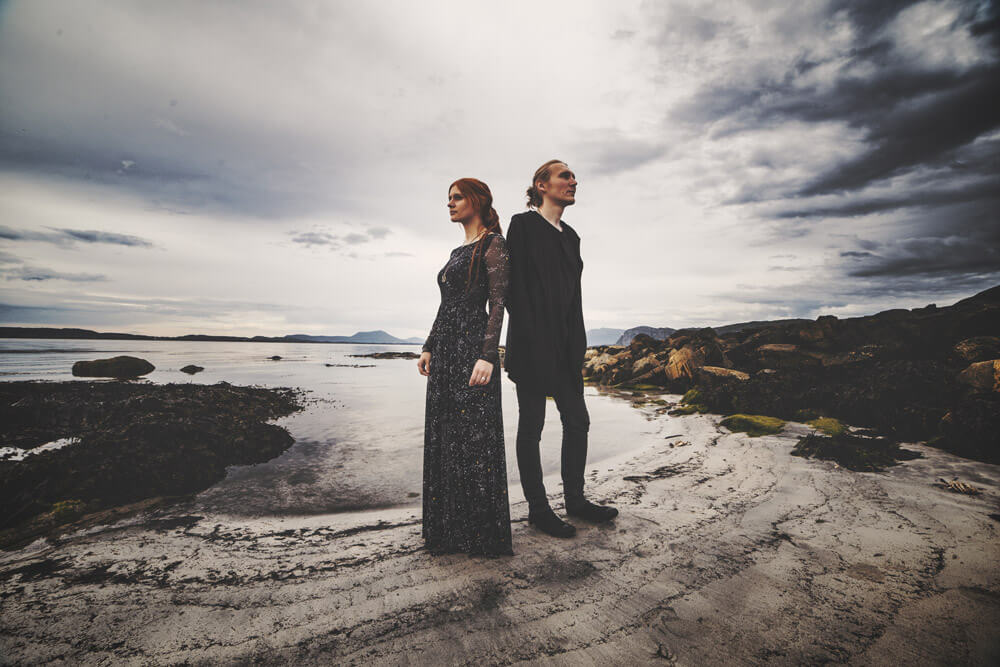 The Russian chamber prog duo of Gleb Kolyadin and Marjana Semkina known as Iamthemorning are back and they brought some friends! The live band that they have been touring with since 2015 have joined Iamthemorning to record their new album Ocean Sounds. With the Norwegian Sea as their backdrop and inspiration, this album was recorded at Ocean Sound Recordings on Giske Island in Norway. Ocean Sounds will be available October 19 of this year on Kscope Records. The album will feature songs from all three of their previous offerings: ~, Belighted, and Lighthouse.

Vocalist Marjana Semkina describes the location of the studio as ‘the most inspiring place for us to work in, surrounded by the sea, mountains, wild flowers and gorgeous Norwegian sunsets. All of the natural splendour we don’t see that often‘. Along with the album available for pre-order is a Blu-Ray which features the live band performance and behind the scenes footage, produced and edited by Miles Skarin. Also exclusively on the Blu-Ray is an unplugged track called “Blue Sea” which will be from their upcoming fourth studio album. The songs for Ocean Sounds are listed below:

Be sure to stay informed by following Iamthemorning on their Facebook and Instagram. Different packages of Ocean Sounds are available for pre-order here and on the Kscope official site.