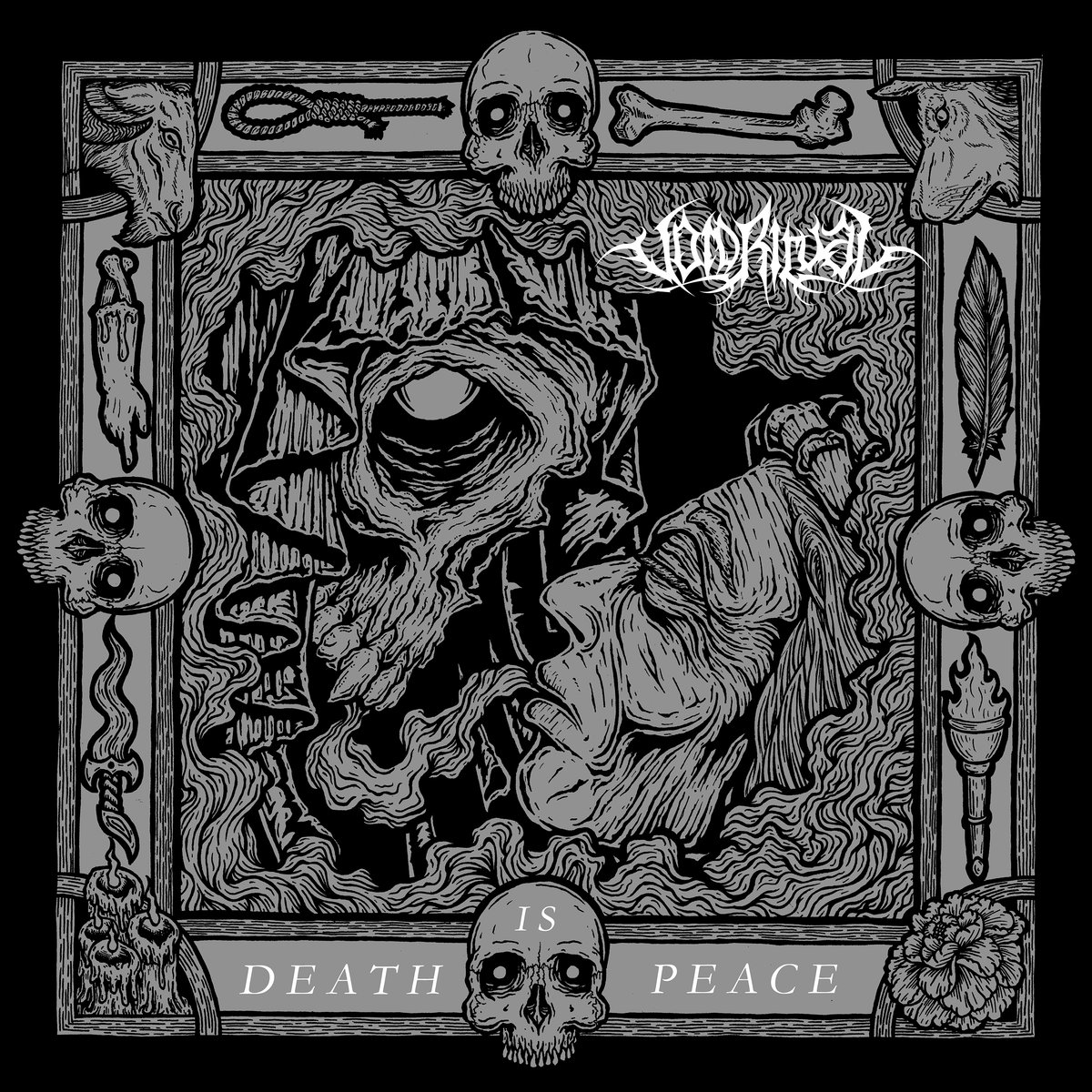 By Ashley JacobAugust 3, 2018 No Comments

Void Ritual gives us another ice-cold blast in the form of Death is Peace. Whatever your tastes, you can’t deny the high standard of this black metal homage.

Death is Peace is an album of pure blackness, and is also technically impressive when one considers that the music is a one man project engineered by New Mexico-based artist Daniel Jackson. He has made waves in the modern black metal underground with his previous Void Ritual releases, and this latest album shows that he is sticking around for the long term. Crank this record for longer than two tracks and your will hear that Daniel Jackson has the credentials to justify his many positive reviews.

But in terms of what it gives to the listener, there really isn’t a great deal to behold beyond the conventional second wave ethics. A tranquil opening gives way to triumphant and promising beginnings in the form of “Given Unto the Water”, and from here it is instantly clear that the brooding metal on offer is well built. All of the hallmarks are there and nicely balanced. And so, at the very least, it’s easy for me to be objective and still remain highly positive about this record. The album utilizes the higher elements of the genre. A sense of empowerment, classically black metal in its nature, comes in the form of title track “Death is Peace”. So at this point, I’ll also give credit to the vocals. It can’t be easy being a quality black metal singer, with the long drawn out rasps and varying pitches. But Jackson pulls it off very well indeed.

The pace quickens in the thrashy “The Howling Darkness” which has some impressive speedy maneuvers, and demonstrates a level of technical flair that can’t really be trumped in any sense. The following track, “A Sunless Dawn”, is similarly paced but with some background pianos midway that are a great edition. Likewise, the record expands its musical convoy momentarily in the mystical intro to “In the Depths”, before them breaking into some thunderously impressive guitar work.

“Loss (Part 1)” is an effectively sinister close to the album, which includes some neat riffage, placed in a nicely emotive context. In my personal opinion, Void Ritual saves the best till last in this song.

To me, the album raises some interesting thoughts on ‘purist’ pieces of music. No artist is obliged to reinvent the wheel as far as musical craft goes. To review objectively, one must consider the clarity of what they are hearing. It would be easy for me to finalize by saying, ‘For a more progressive experience, go for Tribulation instead.’ But I’d fear that would be a kick to the teeth to the fans who simply want the raw deal, with no threats of compromise along the way. So feel free to decide which camp you reside in.

And that’s also putting aside the fact that everything you hear was made by one person. There is no doubting that Death is Peace is a finely crafted piece of work, and will sate the ears of any black metal purist like-minded to the artist. This is not, however, an album that intends to traverse sub genres and create something fresh. But the dedication and passion in this case shines through in the musician’s pure love of the black metal game. Anything else would surely risk deriving from Void Ritual‘s ultimate mission statement.