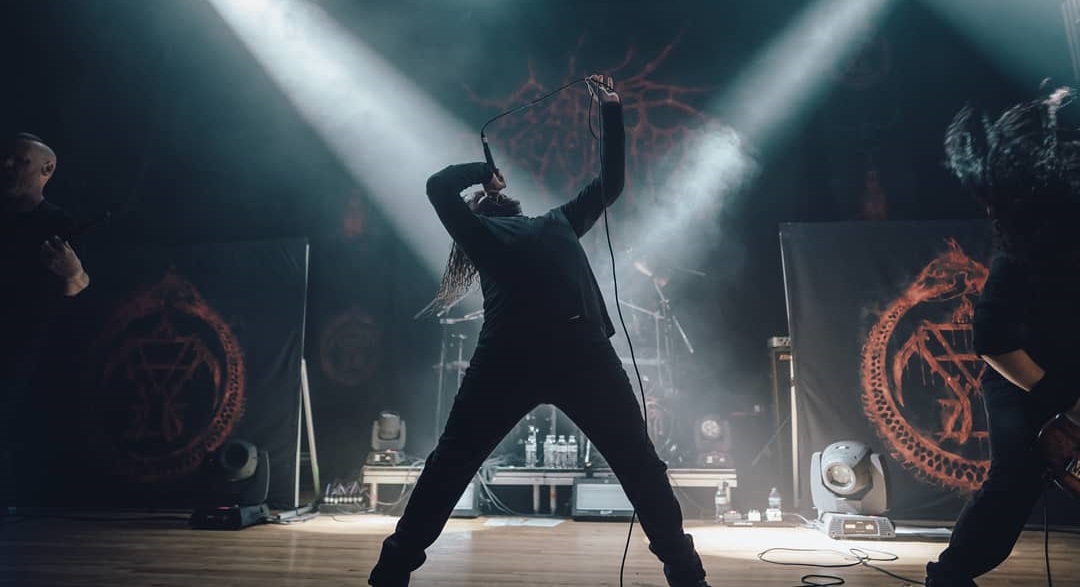 Your favourite eco-friendly deathgrind ambassadors Cattle Decapitation have announced a month-long tour for this November/December, with a full hand’s worth of supporting acts. Throughout the tour, support will be provided from Atheist and Vitriol, and by Full Of Hell, Primitive Man, and Author & Punisher on select dates. The tour will coincide with the release of Cattle Decapitation‘s awaited new album Death Atlas, set to release on November 29 through Metal Blade Records.

Cattle Decapitation have evolved to their current state through some twenty-five years’ worth of brutal and punishing execution, drifting along the lines of grindcore and technical death metal. The band rose to a wider fame after the release of their eighth album Monolith of Inhumanity in 2012 and its follow-up, 2015’s The Anthropocene Extinction. After four long years of endless touring, their tenth album was recently announced with the promise of new music soon. Pushing themselves to their extremes musically, and deploying highly gore-infested NSFW art and videos, the band have secured their place as a notable act with an actual voice and true influence on people.

Atheist are a technical death metal band formed in 1984, who gained notable success only after calling it a day in 1996. Meticulously working on their own craft unfit to any major genres and unappealing to the mainstream interest, they reformed in 2006, having stayed relevant ever since. Full Of Hell have been making their way deep into every grindcore aficionado’s black heart for a decade, reaching their prime on this year’s Weeping Choir. From our review, you can educate yourself on the reasons as to why this album is a pristine cut above the rest.

Without a doubt, Primitive Man is the most ill-tempered and downright evil act of the bunch. Flourishing through a noisy, unfathomably heavy concoction of doom and sludge, they’re determined to explore the most blunt, vicious, and nihilistic aspects of life imaginable. Author & Punisher is a one-man experimental industrial act, and a sight to behold in a live setting, being the product of an artist and mechanical engineer Tristan Shone, who builds his own equipment. Expect zero noise makers or flashy circuits, as these creations are pulled straight out from the wildest sci-fi flicks, putting his whole body into an instrument-like position. Vitriol are preparing to release their debut full-length To Bathe from the Throat of Cowardise through Century Media Records in few weeks. Bouncing within the bounds of brutal and technical death metal, the album is brightly above the medium, making its way easily to a lot of ‘best of’-lists towards the end of the year.

Be sure to catch this hell of an ensemble live on one of the dates below if you get the chance:

To stay on top of all things regarding these wonderful bands, make sure to follow each of them on Facebook: Cattle Decapitation, Atheist, Full Of Hell, Primitive Man, Author & Punisher, and Vitriol.