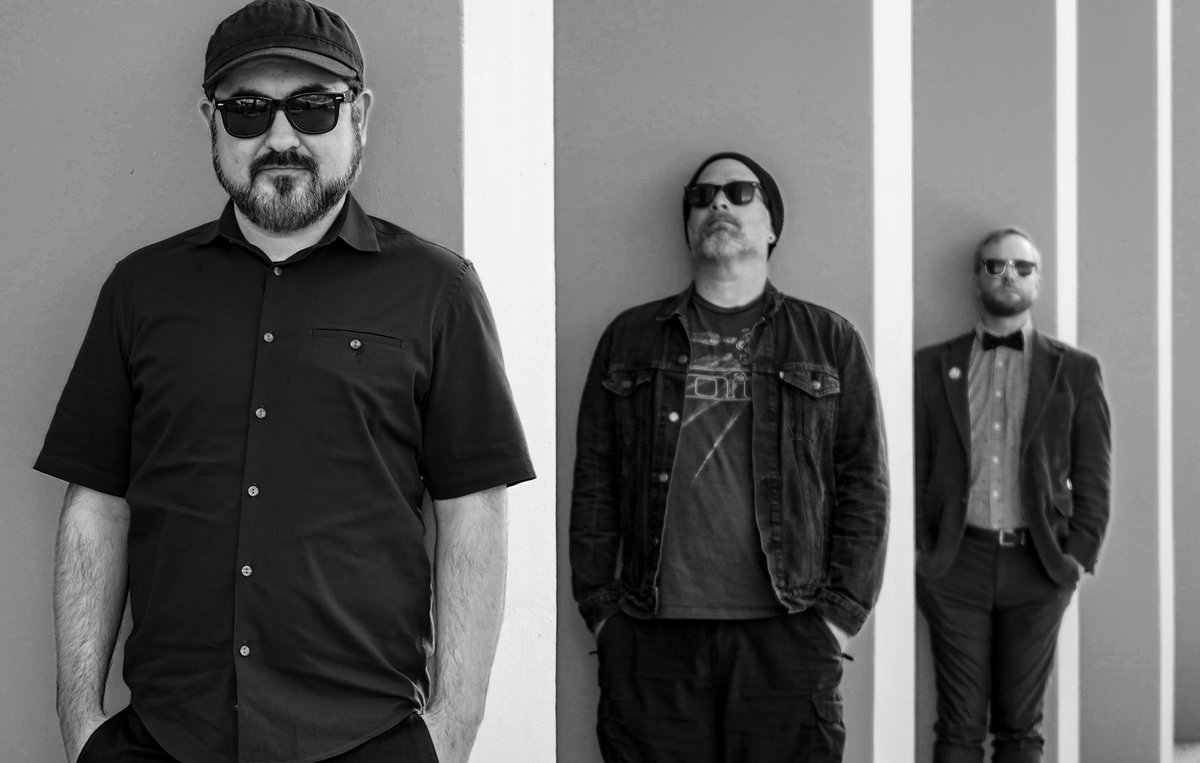 In a world which progressively makes less and less sense, INUS do the courteous thing of kicking reality off balance once and for all, and they seem to be laughing the whole time.

As I’m sure you probably know, INUS stands for The Institute for Navigating the Universal Self. According to their website, they are an educational think tank for the liberation of the human psyche which…

Yes, it’s a wind up, and boy it’s a hell of a wind up, and one which the band appear to have been weaving for quite a few years now. Given the density of their humorous audio visual content, you might even forget that there’s a group of musicians attached to all of this. INUS is in fact a shamelessly talented three-piece jazzy punk outfit from San Diego. They’ve been around a while, and it appears that, after working their otherworldly and hardly serious gimmick into a frenzy, they finally have an album out…

Going into the record, it helps to know that there is little which you’re supposed to take seriously. You only need to hear the first vocal line to figure that out, but like most bands playing the comedy routine, there is a clear undertone of great musicianship to be unearthed. INUS never deviate from their scientific gobbledygook kayfabe, as is clear with track titles such as “We are Our Computer’s Genitalia” and “There was a Fish in the Percolator”, so what’s the draw past the comedy? Well the draw is the music. It’s energetic, whacky, and fun – there’s a lot to drink in.

To make some comparisons, it has the avant-garde mathcore nuances of Psyopus and early Rolo Tomassi with the jovial disregard of Mr. Bungle. Scales are traversed, tempos are swiftly interjected, groovy interludes reside with clear potence, if ever so briefly. It’s a dense experience which lasts approximately 25 minutes, with the longest song reaching four-and-a-half minutes. Each song however, is a firecracker of ideas that allows no place for a stagnant moment, and so the experience is hellishy rich. One must also consider the clarity of production in this zany record; a high-quality mash-up of spacey sounds, many of which seem to be utilised through the guitars. Masters in their own right, INUS most definitely are.

Worthy of discussion is also the voice, which is filtered to the point that the singer resembles a creature from a 1970s episode of Doctor Who. There’s a high chance that some listeners may find it just plain unpalatable rather than funny and, yes, there is something to be said for that. Even so, let’s consider that vocals are the biggest divider in metal at the best of times, and that INUS have simply found their own way of approaching the convention, for better or worse. Western Spagettification tells a story. It is the musical encapsulation of their fictional, wordly outlook, and so vocals act as a narration which is tethered in its identity to everything else you hear.

In their quest to free our minds with nonsense, INUS demonstrate an admirable disregard for normality, and scoff at the idea of compromise. When you listen to Western Spaghettification, you are expected to follow these exact same principals. Unless it truly grates you from the start, try not to worry too much about the level, or lack of, sensibility in the music. Subtext, substance, and integrity are all there in plentiful doses, and you are bound to be a mentally richer person for soaking it all in. It just so happens in this case that all those good components came splashing sideways through a wormhole directly from an alien planet, and so it might seem a little disconcerting at first. Fear not though, as it’s all make believe… right?

Plus, it’s awfully catchy in places.