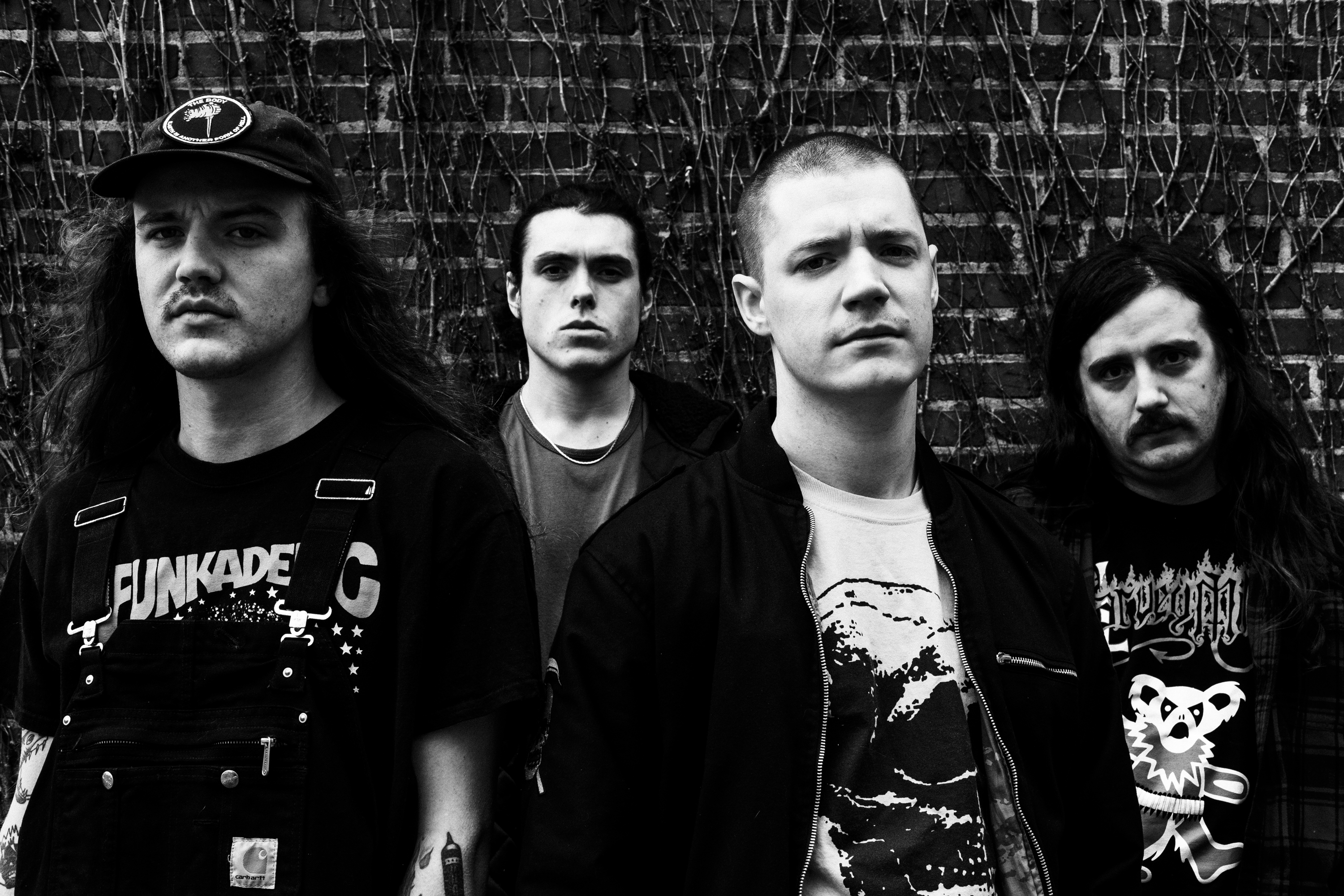 Full of Hell continue their bone-shattering portrayal of the world at its darkest hour with Weeping Choir, a noisy nightmare of metal and grindcore poised to impress fans.

When Full of Hell dropped Trumpeting Ecstasy in 2017, it was a writhing mess of slamming limbs all vying for the sweet release from torment as all life seemed to seep away from the world. It was a death rattle – a torturous end to a presumably torturous existence. The noise/grind quartet excelled in showcasing an audible extinction level event with religious and spiritual undertones. Now, we’re left with scraps and ash, civilization contorted and twisted to wring all the blood from it. Enter Weeping Choir, an album built on a continuation of those themes, both tonally and sonically, and we have the answer to what happens after death… it’s not pretty.

You might be tempted to liken Weeping Choir to a zombie; a rotting, shambling husk of its former self destined to endlessly roam and spread more death. But it’s a comparison that loses its footing when you keep in mind that the ‘former self’ was even more savage and violent than its zombified form. It’s easy enough to read Trumpeting Ecstasy and now Weeping Choir as an allegory to humanity and its fetish for destruction. In keeping with that reading, what this album delivers are vignettes of pain felt by those left to endure past the end where no being was meant to be.

Resembling a hellscape of unprecedented destruction, the music here offers absolutely no reprieve once it starts. The closest we get is “Armory of Obsidian Glass” which is glacial in pace relatively speaking. Vocals that sound sung through a throat gargling knives orate a monologue of apocalyptic proportions:

This shows that even when the music relents ever so slightly, the elephantine weight that would be slung at your head by the instrumentation simply transfers to the vocals and lyrics to flank whatever sensibilities you may carry. Not even the haunting Lingua Ignota cameo near the end of the track is kind, resembling the aggrieved, weeping choir which the album was named after.

Elsewhere, you’ll find no peace in the instrumentation. The opening piercing noise of “Rainbow Coil” sounds like a well of souls creaking to its breaking point, inevitably erupting into a cacophonous crackling of drum slams that wallop your corporeal form. “Aria of Jeweled Tears” is pinched by jutting sonic stabs that jackhammer at the gates of hell, seeking to erode away what little still holds back insurmountable despair. It works – the track explodes into a cocktail of grindcore hate and vitriol with both screeched and bellowed vocals that harmonize into a refrain of ‘hurtling violently towards the sun‘. “Thundering Hammers” is a masterclass in unbridled aggression with harsh screams and demonic melodies. It’s one of the most straightforward moments on the album and even it is persistent with its aural agony.

Weeping Choir is only just under 25 minutes, so it has a lot of pain to translate into music in a short time.  If you’re well initiated into Full of Hell‘s brand of music, you know what to expect. There’s nothing here as surprising as the band’s collabs with The Body, but it’s a solid refinement of their mainline metallic noise/grind. As a sequel to Trumpeting Ecstasy, it’s a solid progression, but it’s my hope that newcomers will hear this album and be spurred to explore what else the band has done in their somewhat short life as it’s already filled with eventful setpieces that push the genre forward.

This record is an act of divination that only returns promises of more hopelessness and dread. With so many ways to depict eternal suffering, it can be hard to find something that does it in a compelling way. Full of Hell are a cut above most, just as they have been for virtually their entire career, crafting hellish and heavy noise that exemplifies true torment. Weeping Choir functions very well as a continuation or progression from previous work, but also stands well enough on its own. The band is true to its name, and reserves don’t seem to be depleting any time soon.