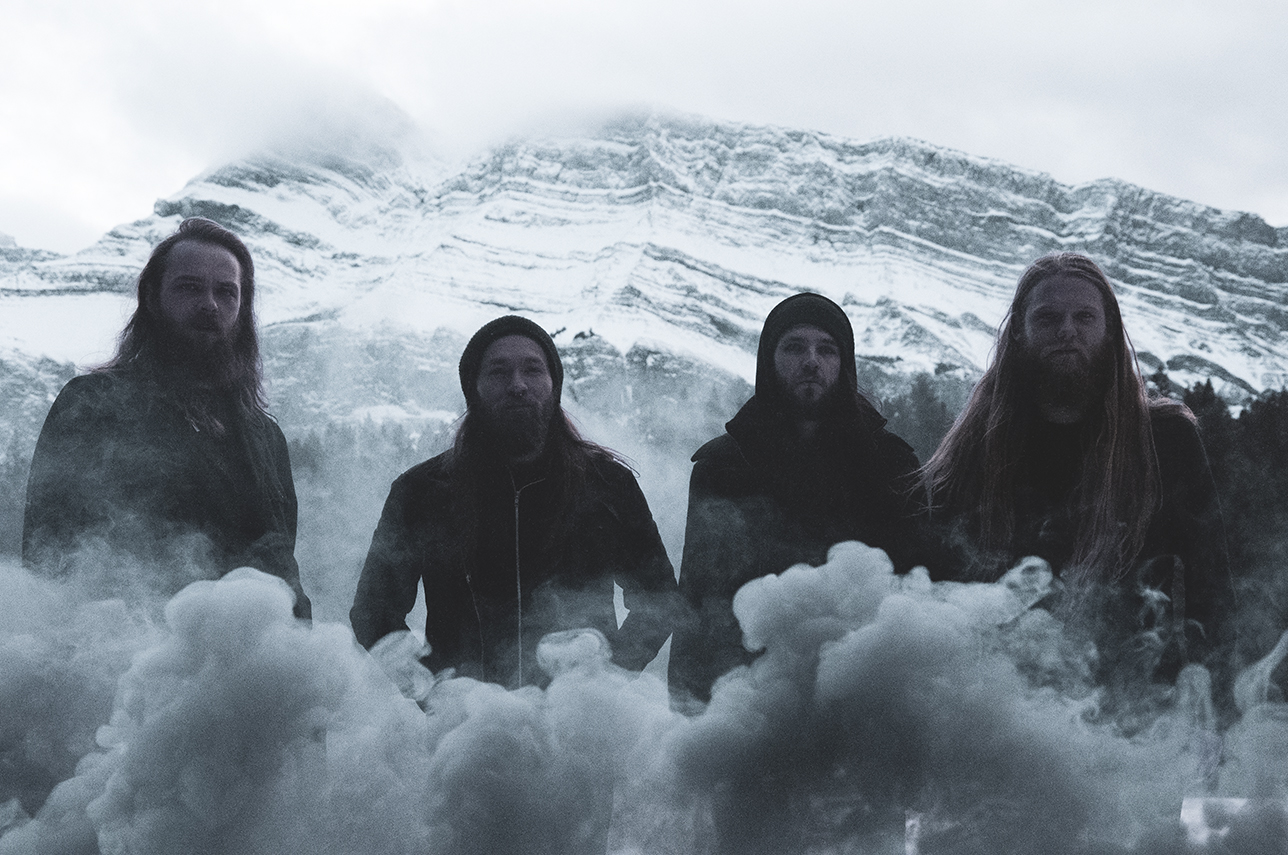 By Vidur PaliwalApril 8, 2019 No Comments

The last decade has seen a major evolution in the black metal genre. Bands have come to realize that traditional black metal tropes have been used over and over again, and they are finally breaking the shackles to explore new territories. But with a plethora of options, even modern renaissance can go stale very quickly. If one looks at the years following Alcest’s Souvenirs d’un autre monde or Deafheaven’s success with Sunbather, the sub-genre has quickly filled with sub-par acts cloning each other. Breaking the cycle and giving the sub-genre a fresh direction, Numenorean deliver a mesmerizing album in Adore.

To the uninitiated, Numenorean is a five-piece band based out of Alberta, Canada, and Adore marks their second full-length coming three years after their debut Home. While generally categorized as post-black metal, the band’s creativity on Adore sees them stretch much further than what the tag exemplifies. The album brings an eccentric mix of black metal, shoegaze, melodic death metal, and progressive metal, to create something completely unique and extremely engrossing.

Once the album opener “Nocebo” has set the atmosphere, “Portrait of Pieces” gives an early glimpse into the overall sound of Adore. While the track starts off with a simple repetitive post-metal loop that could have equally been on the upcoming Cult of Luna album, it quickly transforms into a black metal beast reminiscent of the works of Vattnet Viskar. Brandon Lemley’s vocals add their own unique flavor as they are more oriented towards hardcore territory than black metal. They very much sound similar to those of Jeremy Bolm (Touché Amoré) just with a tinge of George Clarke’s (Deafheaven) trademark screams. The last moments of the track lay witness as Brandon screams out to the world, but the drone sound around him never lets it truly escape, capturing the pain and despair the music aims to project on to the listener.

The plethora of influences that shape Adore, continue throughout the album. On one hand, “Horizon” flips the tables and kicks off with a sound influenced by bands from the second wave of black metal, such as Emperor. But as the track progresses, it slows down in tempo and starts to bring in more modern sounds, and before one realizes, it has transformed into a progressive acoustic piece. On the other hand, “Regret” clearly sees inspiration from much more progressive bands like Fen and through a witchcraft unknown merges it with the groovy sound of French acts like Gojira and Hacride. The track also manages to showcase David Horrocks’ skillset behind the drum set – from the melodic progressive beats to the furious blast-beats, he handles them with equal grace.

Similar comparisons could be made for “Coma” and “Adore”, as they continue to bring a myriad of influences into the record. But the real highlight of the album lies in the balance of the melodic and heavier moments. The overall structure of Adore ensures that every heavy moment is well accompanied by a much more slower segment. The transitions are always smoothly conducted, without any awkward breaks. This helps give the record a much stronger identity as a whole, than the individual tracks.

This is not to say Adore is free of any flaws. While the shorter connecting tracks do help maintain the flow of the album, they do distract from the overall atmosphere the record seems to be geared towards. To illustrate the thought further, the slow meditative “Stay” connects two galloping tracks in “Regret” and “Coma”, and its folk-shoegaze vibe can disconnect the listeners’ attention from the record. A small hitch, in what is otherwise an awarding record for the attentive listener.

Black metal overall continues to progress and evolve at a pace unseen in any other genre of metal. Without looking too much into the past, 2019 itself has delivered some amazing records from bands such as An Isolated Mind, Sordide, and Mo’ynoq to name a few. With Adore, Numenorean have showcased the potential of being the leaders of the pack for the genre’s evolution in the coming years.