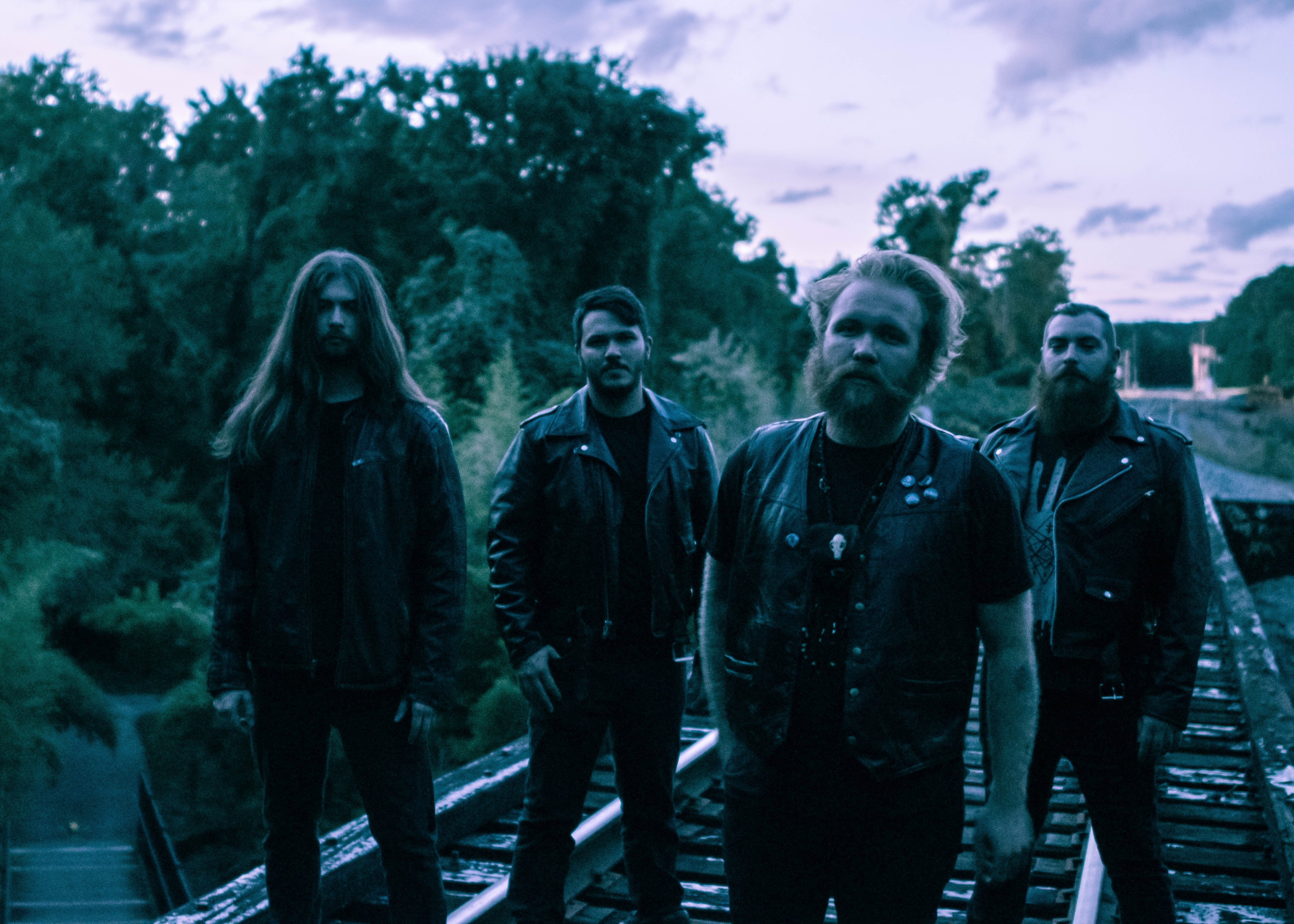 Mo’ynoq – “Dreaming In A Dead Language”

Surrealism is something I have always been impressed by. If done right, a surrealist work makes you question the perspective of the ordinary; it can set off a disconnect between what you perceive and what you understand. It inspires awe. To me, the most surrealist of all genres is black metal. Nothing can warp reality quite like atmosphere that is as brittle as a snowflake, but sharp as glass splinters. Nothing is as oxymoronic as the beauty that lies in the violent screaming and harsh guitars. One work to prove that emerged very early in 2019: Dreaming In A Dead Language. Mo’ynoq sets the bar incredibly high at the start of this year for all following releases, because it describes modern black metal in a way that few albums do.

“Empyral Decay”, the first track on the album, starts with something you might expect from yet another blackgaze band: Heavy reverb applied to the string instruments, playing progressions ascending to gorgeous heights while dwindling down to melancholic lows. Of course, Mo’ynoq’s identity reaches far beyond that. After one minute, my expectations were subverted by a shift of the chord progression into something dissonant; you could almost call it hedonistic brutality. Yet, it remained no less beautiful. Like The Roses Of Heliogabalus, there was transcendence in this violence, beauty in the horror. As the song progresses, so does the dissonance, going from chords to single note lines and frantic tremolo picking. At this point, the band has reached its darkest, and in this abyss, the vocals set in. Filled with spite and anger, the voice lashes out, at times even conquering the dark. Riffs straight out of the Deathspell Omega cookbook decorate the atmosphere even further, showing both technical prowess and intricate songwriting. At the end of the track, the riffage slows down and ascends back into a beauty of convulsion, with some dissonant, blackened sludge dripping from every note.

On “The Collector”, a different side of the band is presented. Like a black metal version of Converge, the guitars mangle their way through the most progressive ideas I’ve heard in a long time in this genre. Almost mixing emotional mathcore with DSBM, the atmosphere seeks to overwhelm the listener while the drums pound away like war drums. I also encountered the theme of surrealism again, as the solo in this track inverts everything established so far with its straight rhythms and melodicism.

“Witness To The Abyss” sees the band exploring the feral side of the band, with slower, almost doomy tempos. The dissonance isn’t lost here, though it’s not as intelligently integrated as in other songs. And for a good reason, as “Witness To The Abyss” is almost a palate cleanser on this album.

In a way, the band presents itself as a twisted version of Freud’s structural model of the psyche: the id being the feral part of the band, only reacting to the most basic drives, thrashing away in every waking moment. Just like the id in Freud’s model, it only brings grief in the long run to itself. The ego is the part that resides in all the technicality, the smart and structured ways in which the harshness is brought about. The superego, lastly, is represented in all the intricate moments that serve to create the swirling, at times downright beautiful atmospheres.

Dreaming In A Dead Language is a one of a kind record that has my hopes up for 2019 to be a year filled with fantastic black metal. I hope this band sees the success they deserve.