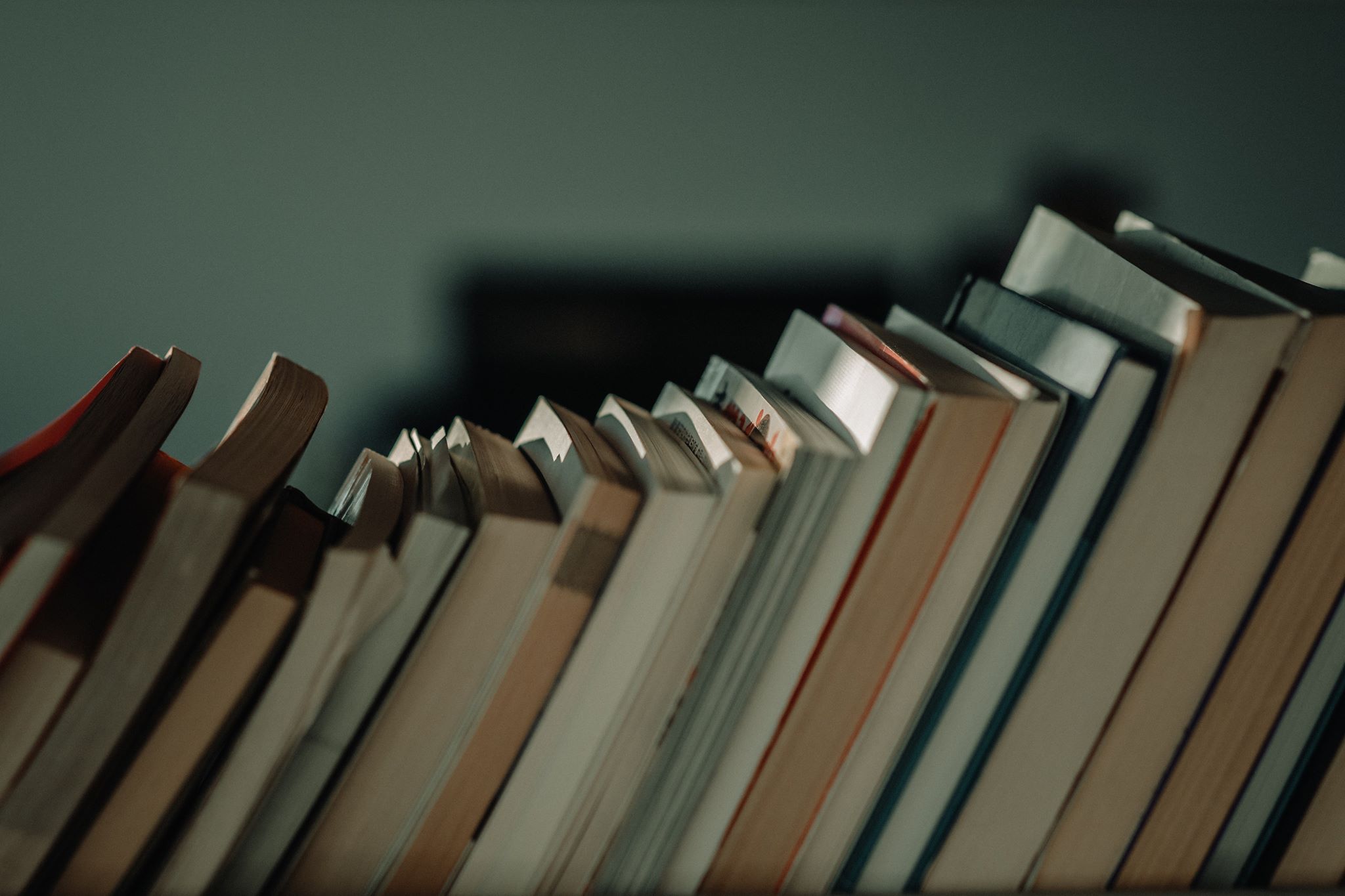 Welcome to Tomes & Tones, a brand new feature which explores the often uncanny pairing between books and music. Have you ever read a novel, and had a particular soundtrack in the background? And is this novel now synonymous with that music, whenever you think back to it?

For each episode, one writer will give an example of when they have experienced this pairing, and why these seemingly unrelated components worked so well together. Hopefully it will offer up some creative combinations to our readers, who can judge for themselves how the works of art are able to merge. No doubt many readers will also have some unique and interesting combos of their own.

In our first episode, I will recap on my partly unintentional but ultimately divine pairing of Odd Thomas by Dean Koontz and the industrial/electronic band Squarepusher‘s record Hello Everything. Enjoy!

Writing is an important part of my life. In fact, my lifelong dream is to publish novels. I do believe the year was 2006 when this ambition was solidified with more resolve than ever before. There was one particular book which skyrocketed my creative synapses, and whenever I think back to my initial experience with that novel, a specific soundtrack plays in my head.

We all have life-changing moments with music, novels and visual entertainment… This was mine; It resounds to this day. And I’ve read a lot. So I guess this piece is also my platform to praise and defend the works of Dean Koontz. Okay, so he is not an underrated author. He essentially lives the dream that vanity-struck aspiring authors salivate over. Every year a new Koontz novel arrives for retail, available in all outlets reputable or otherwise, and with his name embossed and shiny on the front cover. And this gives the impression that his books are nothing more than cosmopolitan pulp. If I’m discussing literature with a supernatural twist, why am I not instead covering the works of China Miéville or Haruki Murakami, to name but two?

I believe Dean Koontz is a little misrepresented in this respect. It’s true that, in the words of Primus, ‘They Can’t all be Zingers’. But Koontz is also a writer with a lot of conviction. And his pacing and mastery of suspense in writing is often remarkably adept. Look no further than his 2003 novel Odd Thomas for a prime example of this.

2006 was the year when this book set my imagination on fire.

Meanwhile, I was also branching out musically. I had so far been dosing intensely on the newly acquired delights of Opeth, Strapping Young Lad and Meshuggah. But even when soaking in these endlessly giving treats, I sought after something a little different; that same level of non-commercial intensity but manifested in a form different to metal…

Having dabbled with the likes of Aphex Twin in the past, Squarepusher appeared to be the soundest choice. I made the impulsive decision to dig deeper when I was only five minutes away from the local HMV. Once inside, Squarepusher’s latest album, Hello Everything, took only moments to find. Hello Everything is an instrumental opus of numerous layers, part jazz, part dance, part everything else. So it was not only a branch out for me, but also a branch out for Squarepusher mastermind Tom Jenkinson. I hadn’t bought a non-metal CD for a long long time. The experience was mind blowing.

So back to the book: Odd Thomas is the true embodiment of a page-turner. The main protagonist, whose personal perspective comprises the entire narrative of the novel, is a young male living somewhat comfortably as a fry cook in a small fictitious American town… except that this young male is endowed with a high level of supernatural intuition. He sees the wandering spirits of the dead. He also sees the venomous oily black shapes of creatures, invisible to all else, who are naturally drawn to any place or event where a high level of death and suffering is set to unfold.

Odd is a hopelessly noble, caring, giving and all-round decent guy, who is endlessly drawn to the darker recesses of humanity in an unnamable bid to do the right thing. It is never made clear why he possesses these powers, or why he is compelled to save the innocent when necessary. And as the narrator of the novel, Odd assures readers that he is equally as clueless. One of the main questions proposed to the reader is, ‘Is all of this in Odd’s head?’

At the start of this novel, Odd foretells a forthcoming event that will bring mass death and destruction over his reclusive and profoundly naive town of Pico Mundo. And so ensues a chapter-by-chapter breakdown of events leading up to the supposed catastrophe. Readers in turn have the opportunity to take the ride, uncover the truth, and find out exactly what malevolent forces lie behind this prophecy.

Three chapters in, and I was drawn. I needed to know everything. The book was my obsession for its entire duration. And by repetition, I’d have Squarepusher’s Hello Everything as the background soundtrack.

It was a marriage of coincidence at first, until the light hearted elements turned dark in both mediums and several undeniable parallels began to form.

As I said already, Odd Thomas’ world is inhabited by the innocent. The sweet nature of his friends, loved ones and colleagues are a heartwarming affair. And, as he often does in his novels, Dean Koontz juxtaposes this warmth with the polar opposite of the human species: the savage and the sadistic, the cruel and the evil. Tragically enough, the bad guys in Koontz’s novels often have more similarities to their real life counterparts than the good guys do.

Through location and through character, the book siphons through these varying degrees of innocence. And the instrumental quirky electro-licks of Hello Everything siphon along with it. Now as you must obviously know, it takes longer to read a book than it does to listen to an album. Well, it does for me at least. I never did the math of how many manifolds of start-to-finish replays of Hello Everything occupied the start-to-finish journey of Odd Thomas, only that Hello Everything accompanied most of it. I had discovered that the span of the album would cover five to six of the novel’s bitesize chapters. And, keeping in mind that I was reading an extremely quick-witted suspense thriller, there was always a progression, a miniature mystery with a jaw-dropping climax to be found inside each miniature act of the novel…

Hello Everything has an open door policy on its musical interpretation. It is largely abstract. But on face value it is comprised of the upbeat, the excessively energetic, and a less than subtle bout of unanimity. Maybe this is why it fit so well with the unfolding puzzle of the book, why the bouncy, dreamy pops of “Theme From Sprite” are such an avid soundtrack to the sleepy sunny town of Pico Mundo, why the marginally more assured synths of “Welcome to Europe” embody the emotional intensity of our main hero, why the hyperactive video game blips of “The Modern Bass Guitar” operate so well with the adrenaline-fueled segments of the book, and why the monolithic ambiences of “Circlewave 2” and “Orient Orange” add mass to the more unsettling moments of Odd’s journey.

And as the book progresses towards its heart-pumping and surprisingly bleak climax, the emotional content of the album seems to grow more potent with every play, such is the complex relationship with the brain and its outside stimulus. No longer are the pokey nuances of the album trivial. Within Odd Thomas‘s final act, a great weight and sense of consequence bears down on the music which was unimaginable when playing it during the start of the novel.

What does literature and music have in common? One of the biggest things is the lack of visual aid in both instances. In both situations, the mind is left to paint its own interpretation of what the visuals might be. And one difference is that the visuals conjured up by music are often abstract, whereas the visuals in literature are largely more, well, literal.

Yes, just to clarify once more, I’m calling Odd Thomas literature. I make no apologies. Fun fact: There has since been a movie. It was an 85% faithful and impressive adaptation, but alas, Hello Everything was not the soundtrack. Therefore, the resonance of the film was next to nothing compared to what I felt when reading the book.

So for all these reasons, Odd Thomas and Hello Everything will be eternally bound in my mind. Memories of the book conjure segments of Hello Everything‘s music. And on hearing the record itself, I gather traces of the intensity found in the book’s closing act. I know a lot of people have read Odd Thomas by Dean Koontz. I know that probably the same number of lots have listened to Hello Everything by Squarepusher. But unless the nature of infinity comes into play, I could very well be the only one who mentally infused the two on such a profound level. And naturally, because the experience is so ingrained in my archive of influences, I can’t conceive a more appropriate fit for one than the other.