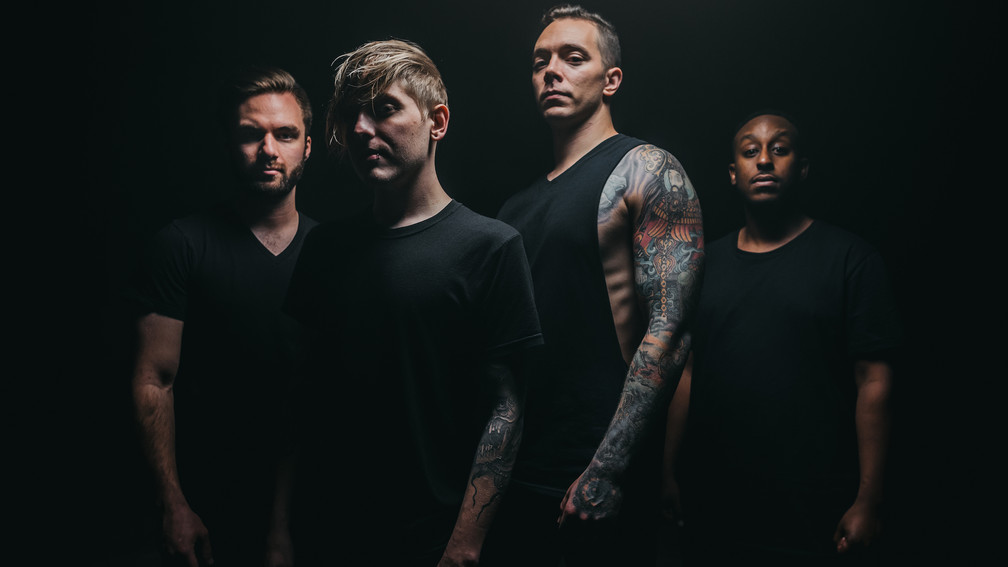 By Billie HeltonApril 8, 2019 No Comments

Enterprise Earth return with another relentless outpour of heaviness with Luciferous. While not changing much of the formula, they show they still stand head and shoulders above most other deathcore acts.

I feel I should preface this review with a confession: I haven’t been much of a deathcore fan for a number of years now. I have enjoyed only two in the last couple of years: Harbringers of Pestilence by Dethrone the Sovereign and Embodiment by Enterprise Earth. While I’m quite sure there have been other solid albums in the genre, it is one that I have grown very unattached to.

Why is it then that I am reviewing a deathcore album? Well, to be frank, which kind of refutes my own opening statement, I hardly consider Enterprise Earth a deathcore act. They hang somewhere in a realm between deathcore, slam, and tech death, and Luciferous hammers that home even further. While having a lot of signature traits like breakdowns, chugging guitars, and an absolute ton of angst in the lyrics, it does way more. Reducing it to the aforementioned style of music would be a discredit to Enterprise Earth.

Luciferous has blasts and riffs that would make most deathcore instrumentalists shudder at the thought of playing, while still having those monstrous builds to slamming breakdowns that you can’t find in traditional death metal. Throw all this in with the fact that Dan Watson has one of the most memorable voices in this vein of metal, and you suddenly have a hellacious album before you. This is the band firing on all cylinders, once again showing that they are a force to be reckoned with that few similar acts can withstand.

Heavy as it may be, there are a couple of moments where the band lets up for just a moment. All of these parts are followed by such a vicious onslaught, it’s almost like they feel the need to make up for letting up on the aural attack for even a second. The end of “Scars Of The Past” has an acoustic guitar melody playing out, only to be immediately followed by the shriek of Watson over a blast and heavy guitar with the intro of “Ashamed To Be Human”. The soft and peaceful interlude of “Requiem” is immediately followed by “The Failsafe Fallacy”, my personal favorite song of the track.

The intro feels very reminiscent of And Hell Followed With in the guitar playing, and maybe how much I miss them all these years later makes that track my favorite. I feel like it is the most diverse track on the album more than anything. It has the best guitar parts of the album by far, as the intro riff is followed by my favorite from the album, a fast and trashy portion that would make for a perfect circle pit.

As much as I have lauded this album, it is now time for a couple of minor critiques. First, and most importantly – there is very little change in the writing process after three full albums from Enterprise Earth. As good as they are for their style, I feel like every group needs some diversity every now and then to keep things from getting stale. While they have obviously become much more cohesive since Patient 0, I feel like it’s time for a bit more experimentation with their writing process.

With that being said, the closing track “There Is No Tomorrow” is the perfect album closer, and also the perfect thing to give me hope for the future of the band. I feel almost silly saying the band needs to experiment more, and then immediately talking about the final track that they do just that on. The writing from the ground up feels way different here. The guitar parts are way more melodic, and the harmonizing of the screams over top of that in the intro of this song immediately show you something different than the rest of the album.

“There Is No Tomorrow” is just as fast and heavy as any other song on the album, but goes further than any other. There is a bit of that djent bounce to some of the guitar, more distortion on the vocals in some parts, as well as previously sparse to non-existent guitar effects. The solo is much longer than others and goes further than than the rest of Luciferous. Oh, and did I mention this song is eight-and-a-half minutes freaking long? Because it is, and it’s a hell of a song through and through. Even when the clean vocal interlude comes in.

Yeah that’s right, I said it. There is a clean vocal interlude in this song. I personally think it works a hell of a lot better than the clean vocals that some other notable deathcore acts have implemented over the years, and as soon as it’s over there is another four minutes of heavy.

Luciferous very well may be the crowning achievement of Enterprise Earth‘s career. While the album doesn’t do a crazy amount of new or different things for the band, it still shows how unparalleled they are by most of their peers. The writing and production are on point, and good luck finding a harsh vocalist to rival Dan Watson. If you are a fan of deathcore, this album is a must. If you just want something crazy heavy to listen to, let this help you out.