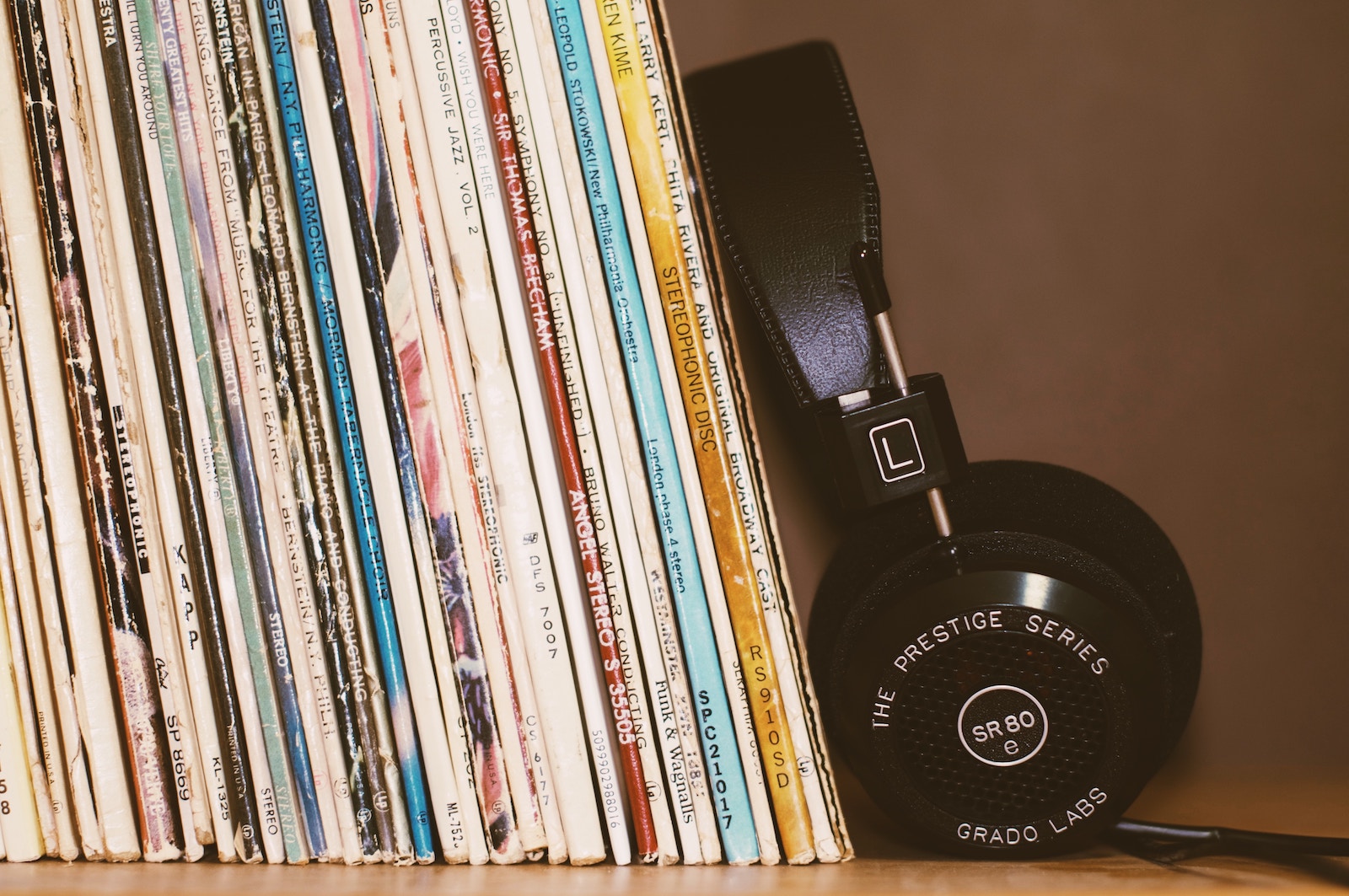 By Pete OverellApril 3, 2019 No Comments

It’s that time again, where we offer our wonderful readers the chance to digest a selection of records that you might’ve missed in Review Rundown. With a slew of great releases peppering the music scene at the moment, it is not hard to find some quality records, and that is just what our crack team of writers has tackled for your convenience. On today’s roster is An Isolated Mind, Asthma Castle, Standards, Nomvdslvnd, Shanghai Qiutian, 13 Year Cicada, Aleska, and Armistice In The Body.

Please follow this link to check out previous editions of Review Rundown, and please let us know what you think of the records reviewed.

An Isolated Mind – I’m Losing Myself

One attribute that many would never assign to the metal subgenres is, ‘meditative’. Black metal, however, has proved itself to be quite flexible with plenty of offshoots occurring from the mixture of shoegaze and even synthwave. An Isolated Mind proves to be something new by stretching black metal in clever new directions and executing on its vision from start to finish. There’s a spaciousness to the album that makes its intent known from the very start. After a brief intro track, “Afraid Of Dissonance” launches headlong furious drumming, scorched vocals, and layer upon layer of atmosphere. What sets it apart from most of the atmospheric black metal that you’re used to is the degree of intensity.

With the title of the album, as well as many of the track names, this proves to be an introspective affair. But I’m Losing Myself isn’t at all like your typical DSBM fare, it’s generally deeper in tone and the addition of instrumentation such as clean guitars, piano, and more help make this one of the most interesting and engaging listens of the year so far. An Isolated Mind made a deep and expansive album that really deserves your attention as it’s expertly crafted in every aspect. Listen and let it pull you away.

There are many ways for me to fall in love with an album or artist. One such way is to drill down on exactly what you do best and have a good time doing it. Asthma Castle fall in the category of what I would consider ‘fun’ music without sacrificing any legitimacy or proficiency. I mean, just look at the song titles and title of this record – they’re here to have a good time. Much like Bison, this band fuses the best parts of sludge, stoner, and doom to create some of the biggest riffs of the year so far. The vocals are a potent mix of gruff and bellowing; when the gang vocals converge, it’s a treat.

“Here Come The Black Ship” is a track that will get your fist pumping no matter where you listen, and I can imagine seeing this live would absolutely kill. The fun continues with “Methlehem” and shows that even when the tempo pumps the brakes, Asthma Castle keep the ferocity at max by showing their proficiency with the sludgier aspect of their personal style. This is a record that refuses to take it easy from start to finish, and it’s just a pile of riffs proving that puns aside, Mount Crushmore is the perfect name for this collection of songs.

Even though it feels like it is becoming an overcrowded scene, self-produced, guitar-centric acts can still create original work. Standards’ new EP Friends is a fun, upbeat little adventure full of feel-good music. With innovative and catchy hooks, this album will stick with you past its runtime.

Following his continued trend of fruit-focused names and titles, it really feels like this album was purely released for the fun of it. It’s nothing too over the top. It’s not quite about showing off technical prowess or seeing how many time signature changes can fit into one song. “Pineapple” shows that by just being interesting and enjoyable, it can make just as much impact as more extravagant pieces. That is not to say that there is no talent being shown here. “Tangerine” showcases excellent staccato work infused with intelligent tapping that really brings out the body of the song. It helps keep the record fresh as it comes to a close.

Standards is not trying to be the most advanced artist out there. His music is purely for entertainment value and for himself to be proud of. Friends is fun, pure and simple, and I wouldn’t want it any other way.

In trying to branch my own musical tastes in as many directions as possible, I blindly took a leap of faith into Nomvdslvnd’s debut album. I can say in all sincerity that my faith was well rewarded. The record is subtle without being negligible; soft without losing its edge. It is an original and heartfelt creation that really penetrates the soul. Different motifs used throughout the album show the brilliance behind the songs. It is not just the same beat or same sounds on repeat. There is motive and passion behind More Harm Than Good, and it is a sight a behold.

It’s not just an atmospheric experience; it’s natural, utilizing actual sounds of nature as a background piece to create a sense of being. “Astound” showcases this beautifully with sounds of rainfall to accent the track, bringing fullness to it. ”Pink” is the most fun song, but isn’t so different that it feels out of place. The guest vocals on “Self” featuring Boko Maru are the highlight of the album. The sweet, sincere lyrics and delivery from Maru blends perfectly with Nomvdslvnd’s backdrop of sound. It makes me hope that there are more tracks such as this on Part 2, whenever that may come to us. Until then, I will patiently wait with this album lulling me to a peaceful sleep.

Asia is known for having incredible math rock bands. Shanghai Qiutian is no different. From Wuhan, China, they released New Era, Shared Future on March 15 via Wild Records. It’s a beautiful six-song EP at a little over twenty minutes. Pretty quickly in I got an Elephant Gym vibe minus the bass tapping. There is a good amount of acoustic guitar throughout the EP which is very soothing and reminiscent of Toe from Japan. The drumming is pretty fantastic as well.

The title track features the lovely vocals from Sara Zozaya from Spain, who sounds a lot like KT Chang from Elephant Gym. The ending of “New Era, Shared Future” has a very strong shoegaze feel. Another awesome feature is a little closer to home. Chinese Football lends their vocals on “Shanghai: Another Day to Find What I Want”, which is one of the stronger songs on the EP. The final song is a very stripped down acoustic guitar song called “Can’t Park Your Bike at Shanghai Tushuguan”, with not only strumming but also drumming on the acoustic guitar.

New Era, Shared Future is a very chill and calming math rock EP, and it’s definitely worth a listen.

13 Year Cicada are a three-piece band from Berlin, Deutschland. The band is comprised of bass, drums and synthesizer. Zooey, who plays the keys, also is the singer. Their second album 00YES was released March 15 under Gandula Records.

This one is going to be a little difficult for me, because I don’t enjoy this album at all. I tried to pick some good moments out to talk about, but had trouble doing so. I know it was probably the intention, but 00YES sounds like a low-budget garage recording. With that being said, the only band I can compare them to is a wonderful Philadelphia punk band called The Low Budgets. Somehow The Low Budgets are a pleasure to listen to even with the low budget sound and recording, that was what made them so good. 13 Year Cicada don’t give me that good feeling.

One of the highlights is the opening drumbeat in “Ride”, which is the drumbeat for “The Sweetest Taboo” by Sade. Unfortunately, the drumbeat was the only thing I was able to enjoy in that song. I can see this band being fun to watch live, because of the high energy music, but it’s not for me.

I’ve been a big fan of screamo since years and seeing the skramz revival really makes my heart beat higher. One of the bands that hold the torch up high is Aleska. Their uncompromised sound and authentic songwriting is a real joy for any fan of emotional, hard-hitting music. Their equal mix of clean post-rock melodies and distorted riffs reminds me of Suis La Lune or The Drowned God.

My favorite song off of Construire ou Detruire is definitely “Indispensables”. Starting with a booming kick drum pattern that leads into tremolo picked half-clean guitars, this song sounds intense from the very start. Soon, drum rolls follow, bringing even more movement into the song. As the vocals come in, Aleska cranks the distortion up to eleven and lets loose. The post-punk lead later in the verse grabs your attention before going into a completely clean section with drifting echoes and ethereal reverb bringing everything together. The scream worship doesn’t stop though, as the band builds in a little monologue in the style of Envy. After that, every stylistic choice the band took in those three minutes amalgamates into one huge climax, of reverb-heavy guitars and glistening harmonized progressions over thrashing vocals. This is a feast for every screamo fan.

I love subtle experimentation, especially if it’s as well done as Armistice In The Body. The self-titled album of the very young band combines some minor orchestral parts with acoustic emo and a little bit of math rock influence. Piano, double bass, trumpet, and violin work together perfectly with the melancholic, yet strong vocal performance. From the opener “Summer”, which presents itself as mellow yet hopeful with light accents from the violin and double bass that give the track an incredible warmth, I was already fully immersed in this record.

One of my personal favorites is “Ocean”. This track, with heavy use of the violin, struck me for its sensible songwriting and powerful progressions. In it, the violin seemingly dances around the vocals who beg for the ocean to swallow the singer, while throughout the track, trumpet, and piano briefly visit to give another reason for your eyes to tear up. The perfect mixture of subtle, grounded songwriting and catchy, memorable instrumentation make this track a real gem on the album. If you like well-written, emotional music that doesn’t shy away from arrangements bigger than the sum of its parts than Armistice In The Bodyis exactly for you.