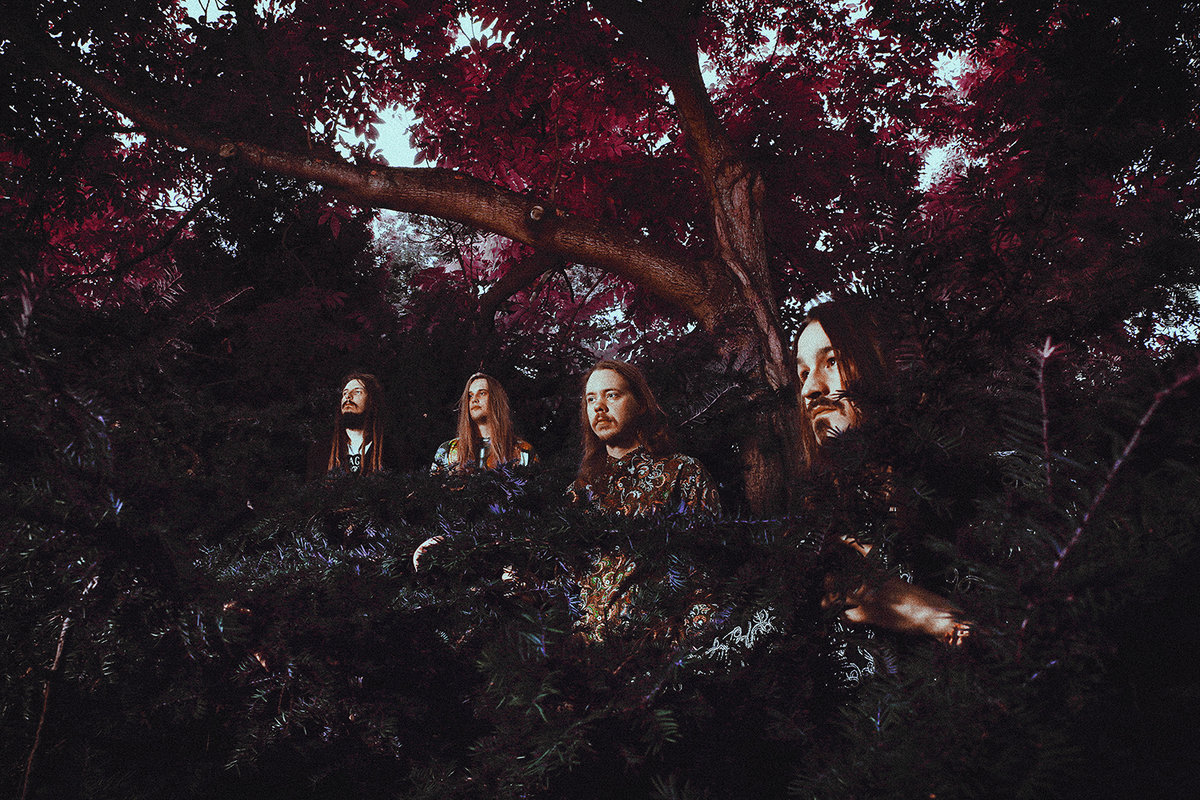 By David RodriguezOctober 3, 2020 No Comments

Kairon; IRSE! continues to impress with their sublime combination of post-, progressive, and psychedelic rock that’s unlike any other.

Seems like I went from listening to some of the heaviest shit imaginable last year to the most soft and gentle stuff this year, to make some generalizations. After all, I’ve had my fair share of enjoyable heavy listens this year. This is why I was elated when Kairon; IRSE! announced an album earlier in the year, a follow-up to their stellar Ruination released back in 2017. I was a fan ever since hearing that album, and after taking in their 2014 effort, Ujubasajuba, I was hooked and wanted more.

That’s about as average of a story a fan could tell you, but where my story lacks any gripping action or mysterious subtext, the music of Kairon; IRSE! itself more than makes up for it. The reason why I fell in love with them is, like the best do, they play fast and loose with genre and sound. You get progressive rock, post-rock, ambient, a little electronic, and a lot of psychedelic overtones… and undertones. It’s everywhere – probably the primary ingredient – but the crux of it all is its amalgamated nature that serves a lovely atmosphere for you to wade in like a pool of cool gelatin, or so I assume.

Coming off of the borderline masterpiece that Motorpsycho released a little bit ago, I felt more than prepared to bask in this Finnish quartet’s bright, kaleidoscopic lights; to rend from myself all the stuff I had to worry about in life. I just wanted to be, and Kairon; IRSE!‘s music was always primed for an experience like that. Polysomn is a generous, yet not overblown 49 minutes of serene beauty that flirts with classical rock stylings, bores down into modern sensibilities, and pays homage to time itself with its sonic representation of the dream state, hence the album’s name (poly is Greek for ‘many;’ somn is from the Latin root somnus, meaning ‘sleep’).

As such, much of the music here does indeed feel dreamy and wispy, a tried and true characteristic of Kairon; IRSE!‘s previous music as well. “Hypnoscape” is absolutely whimsical in its execution, as if soundtracking a magic carpet ride through a history-rich locale like Rome or Berlin, or perhaps an equally impressive place in Finland like Helsinki, I’m just not particularly well-versed in that country’s culture except for music. I’ll tell you one thing though: if Polysomn has even captured a fourth of the magic imbued in that Republic, then I’ll be booking a flight once travel gets a little less… harrowing.

Anyway, music, yes – the thing I know stuff about. “Welcome Blue Valkyrie” is a slower, stubborn track with an acid-drowned melodic line and wavy vocals, making way for the more ethereal tracks on the album like “Mir Inol”, a more jazz-based affair, and “Hypnogram”, a similar song to its cousin “Hypnoscape”, but a bit spacier. All of these songs occupy minimally varied tempos without feeling like a grasp for variety – everything is like-minded and complementary, not a thin spread in hopes of pleasing all. That’s where the stubbornness of “Welcome Blue Valkyrie”, and much of the album, comes in. It’s not stubborn to spite itself or anything else, it simply is comfortable with its tenor and aims to stick to it to the fizzling, stirring conclusion. Songs don’t have staggering, on-your-toes movements from measurement to measurement; all significant change-ups are reserved from song to song.

This makes one of the biggest departures on here “Altaïr Descends”, a hugely dense and layered song with a focus on bass-heavy, buzzy synths to form a backdrop onto which the rest of the band splashes globules of color and vividity. The reverb-soaked guitars – present elsewhere, but dialed up exponentially here – are mind-piercing, overtaking the rest of the instruments almost to the point of detriment. Each pulse of bass is keenly felt in your bones, and the airy vocals sing under it all with a graceful, heavenly lilt. It’s almost like the sun is projecting a coded message just for you to receive.

That’s yet another beauty of Polysomn: the feeling that there’s something to unravel in each song; the same code present in each song, but implemented in a different way to keep the experience fresh and rewarding. Don’t get me wrong though – while I think attentive listening and soaking it all in is the best approach for not only Polysomn, but all Kairon; IRSE! music, there’s an ease found here that allows for slighter lowering of your guard so it can be enjoyed more casually. I listened to this album doing all manners of things and let me tell you the warbling and wonderous explosion of the title track hits different when you’re hours-deep into your day job steeped with monotony. It’s like getting a syringe full of happy pricked into the back of your neck unexpectedly, a siren’s call that only alerts you to a higher calling.

It didn’t take much to sell me on this album. I am clearly a fan – all Kairon; IRSE! had to do was release something and I would have been all over it. I was in need of something to join the fantastical memorability of Ruination, or challenge the rawer power found within Ujubasajuba. Polysomn is a bit in between which is fine by me, a stunning trip through uncharted dimensions action-packed with multilayered sensory enrichment intent on engulfing you at every turn. In short, it’s good; really good. A relaxing, vibe-heavy album for those that need such a thing.