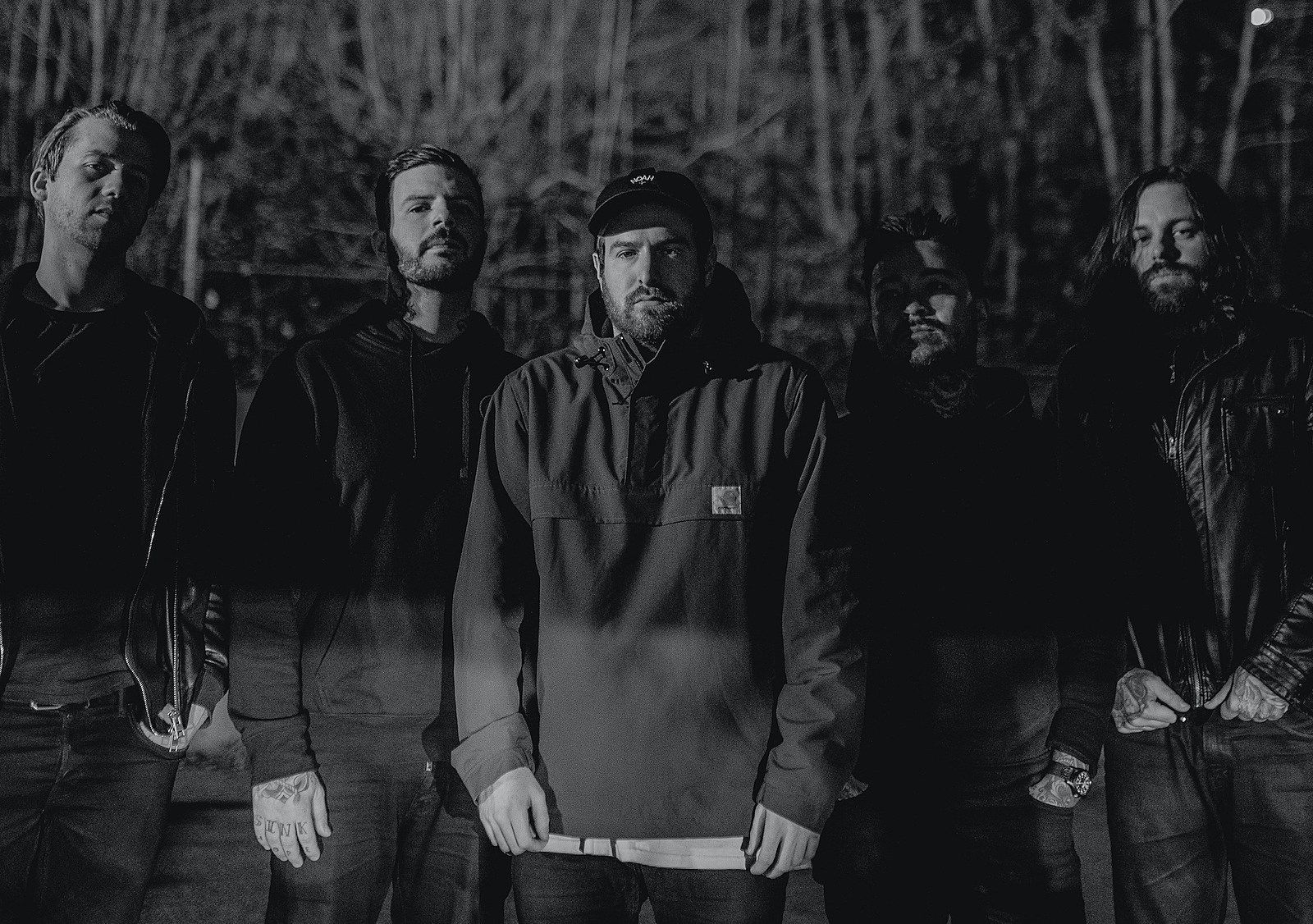 END – “Splinters From An Ever-Changing Face”

By David RodriguezJune 3, 2020 No Comments

Prepare to meet (your) END with the utterly pulverizing debut LP from a hardcore supergroup that’s far beyond the sum of their parts.

Welcome to what is likely one of the heaviest, most uncompromising records of the year. Hope you have a helmet and good dental insurance. For END, a genre descriptor as simple as hardcore, metal, or whatever doesn’t seem good enough, but we tend to think the dependence on those descriptors is kind of wack anyway. What is important to know is that this quintet is made up of Will Putney (guitarist for Fit For An Autopsy, producer for damn near every big metalcore and hardcore band in the last decade), Brendan Murphy (vocals for Counterparts), Greg Thomas (guitarist for Misery Signals, founder of Silver Bullet Studios), Jay Pepito (vocals for Reign Supreme, bass for END), and Andrew McEnaney (drums for Trade Wind, Structures, etc.) in it. Sorry, winded myself with that last sentence. Let me catch my breath before I get back into the pit…

So, END drops this EP called From the Unforgiving Arms of God in 2018 – great stuff, good proof of concept for the band, I want more. A lot of people seemingly do – they get some acclaim from press and people all over, including us. Even a recent cosign by Forbes (?!?!?!) has led up to the wonderfully destructive debut LP Splinters From An Ever-Changing Face. This album is mean. Meeeeeaaaaan. Meaner than Regina George, though comes off a lot more like the bus that destroyed her at the end of Mean Girls. It really couldn’t have come at a better time.

With the pedigree the band flexes, this should be no surprise – they know heavy, they know how to affect. Even if you’re not familiar with the work that’s led to END, one listen to “Covet Not” should do the trick. It’s an absolute punisher of a single, relenting for nobody and nothing, but still finding the time and diverting precious energy to being catchy and, dare I say, fun. This track is one of my favorites on the album. The good news for the rest of the record is that the pace and tone set early on with it is hammered to a pristine grit all throughout. It’s about as ‘take no prisoners’ as it gets.

The one exception to this is the final track, “Sands of Sleep”. It takes things a bit slower, sludging up the atmosphere with dense D-beat goodness that you don’t find too often on an extreme hardcore record like this. Vocals that would blow a hole in your eardrum in the foreground of the mix are sent back to be foreboding ambiance. If this song was the Sandman, he’d only be capable of weaving your nightmares.

It goes without saying that these are perfect times for angry music. There’s so much to be angry about in the last week alone, and when a righteous anger awakens in you, you may find it best to soothe it with… more anger, matching the intensity of your feelings with the splashing rage of “Every Empty Vein” or “The Reach of Resurrection”. Hell, even lyrics like ‘remove the feet from broken necks/allowing souls to cease/and never breathe again‘ from “Covet Not” take on an abyssally [to the editor: yes, that’s a word. I was surprised too] dark new meaning with the state-sanctioned murder of George Floyd. The song itself, END say, is ‘about being infatuated with familiarity, no matter how damaging it can be.’ I can’t help but think how far our familiarity with the status quo has gone and how we ended up in these situations of fighting entities bigger – but not necessarily more powerful – than ourselves, ones that have ruled over us for centuries.

A mere coincidence, sure, but where there’s injustice and unchecked evil, there will always be an audience for heavy music. Where there is art, there is interpretation, and nothing is made or consumed in a vacuum. Sounds cliche, but each thunderous clap of the drums marches into my head, the buzzsaw-like guitars chug electricity throughout my body, and the searing vocals burn from within my bones, yet all they did was heal. Music won’t solve our problems, but it will help us process. You’re listening to END for catharsis and because they’re great at actuating it within you – doesn’t matter your problems, big or small. Everyone needs music like that, and you could do far, far worse than the blistering Splinters From An Ever-Changing Face.