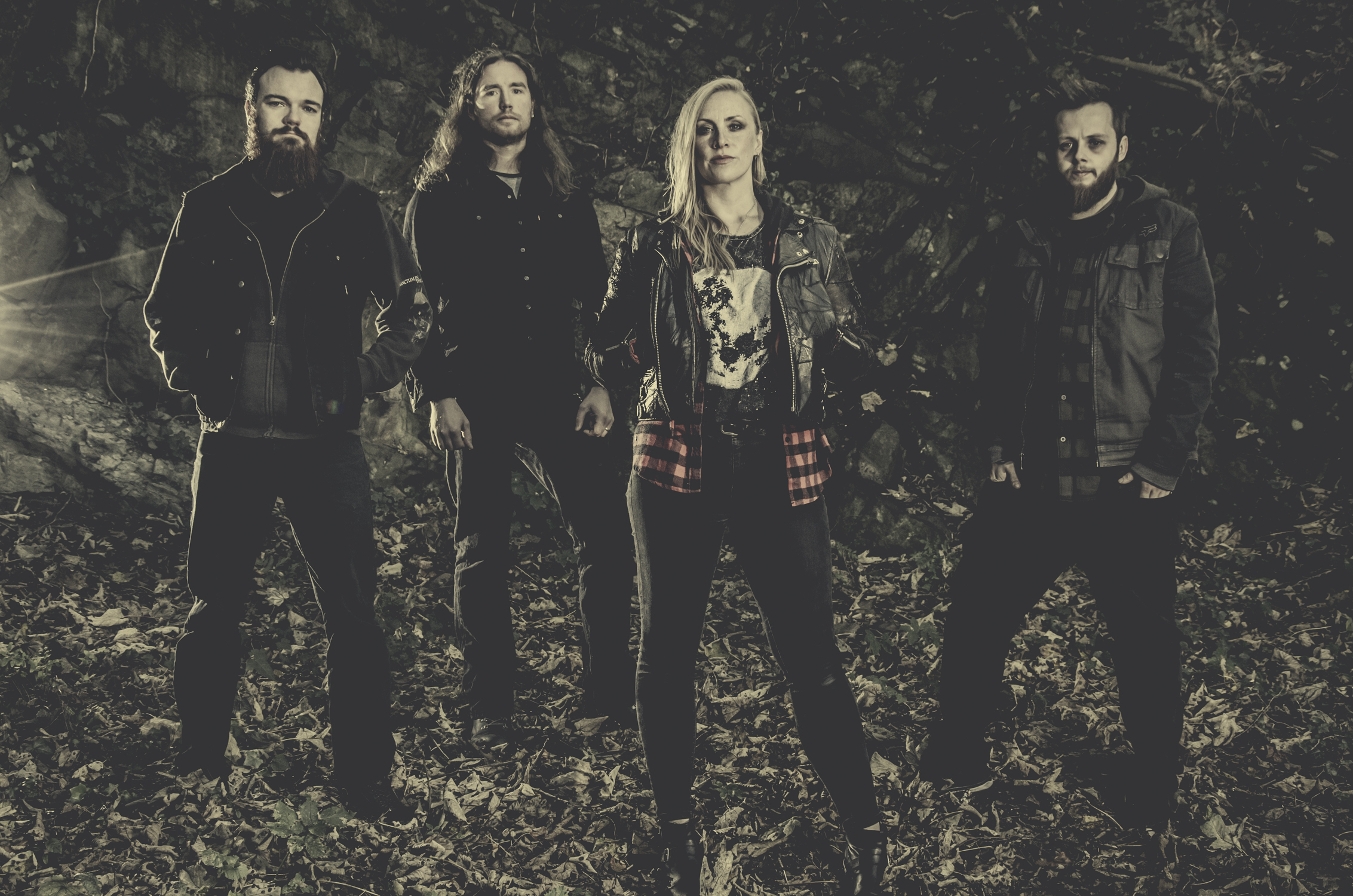 King Witch represent heavy metal with a mighty presence and strength that can’t be compared. Body Of Light kills in every meaningful regard.

One of my biggest mistakes was not giving King Witch‘s debut album, Under The Mountain, a proper review when it came out in 2018. I tried to rectify that, and did I suppose, but still – it’s a small regret. I overlooked it for a couple months after release, but when I did get to it, it very quickly became one of my favorite albums of this year. Reasons why will soon become apparent as we’ll get into that with their new album, Body Of Light, a deft follow-up that I’ve been waiting for.

Hailing from Scotland, King Witch may not stand out on paper – a doom-flavored heavy metal band with a lot of leanings to the more classic side of the genre. There’s a fair amount of those nostalgia-injected acts nowadays, right? Well, where it matters is the talent, like most things. The sheer power, groove, and occasionally stirring music they exhibit with an almost inhuman consistency, is several cuts above the rest. Want proof? Just listen:

Do you hear it? Do you feel the immense riffs throughout? Does Laura Gilchrist’s unmatched voice make you swoon one minute, and break your neck the next? See, there’s a key difference in how bands can choose to emulate, imitate, or otherwise interpret a classic sound, but it takes a special band to imbue their sound with that history, to age it like an impeccable wine with the single strum of a amped and distorted guitar. This is what I hear in all of King Witch‘s work.

The spirit of heavy metal means different things to different people, but a commonality in it is its callback nature, hearkening back to times of rebellious youth, even if you weren’t alive in the 70s and 80s in which it was at its prime. As much as ‘you had to be there’, this type of sentiment is infinite, unbound by time, it just takes different forms. While I can’t speak to King Witch‘s intentions with their art, I can tell you from a personal standpoint that this music is what I think about when I think of heavy metal. It’s fierce and uncompromising, intimidating in specific ways that even the heaviest sludge, death, or post-metal can’t be. The kind dressed in mostly black, wearing crucifixes with long hair, an acute knowledge of the occult, and a yearning for understanding. A stereotype to most, but hey, I understand stereotypes usually exist for a reason.

A misconception here is that all you need to be heavy is to, well, be heavy, sonically speaking. Not true – a lighter application of the tenets of heavy metal can still be heavy in spirit – must I remind you of the 80s ballad song? Although there’s no straightforward ballads to speak of here, I still feel the same listening to the intro of “Solstice I – She Burns” which is an almost 90s grungy, gentler take on their sound that leads into the profoundly epic, firebrand song with a lot of Candlemass worship. Even in “Of Rock And Stone”, the softer verses where Laura’s vocals and Jamie Gilchrist’s guitar have a tender lilt to them, at least by heavy metal standards. These are beautiful moments in a sea of beautiful moments that all take on different forms.

One thing I did notice on Body Of Light versus Under The Mountain is that this new album digs a little deeper in the doom trenches than before, settling to near-lurching speed for some segments of tracks to really nail home the vocals or build-up to more speedy climaxes that feel supremely well-earned as a result. “Witches Mark” is the closest you get to a full-on barn burner like “Carnal Sacrifice” or the title track from their last effort which bordered on punk with its consistently fast tempo and sky-high energy. The end of it even has some gospel-esque flair with the chanting chorus-like vocals and repeating lyrics.

The abating of my enjoyment of this album has yet to hit, even after weeks of listening several times in a row. This was my experience with Under The Mountain as well, which tells me that this album is at least as good as their debut, and shows that King Witch were anything but a one-trick pony. These days, music like this may be a hard sell to those not previously initiated, especially at youth, but it goes without saying that if you value catchy licks, diamond strength riffs, soaring vocals that I fail to find a worthy parallel to, and an overall air of fun and darkness the likes of which you don’t see terribly often anymore, you need to check this out.

If I have any say in it, King Witch will go down in history nearly unrivaled in terms of skill, showmanship, prowess, and embodiment of the heavy metal spirit. My number one job here at Everything Is Noise is to show y’all the best of the best, celebrating the music I love and know deserves much more attention than it may get – King Witch also embody that, indubitably so. They are one of my favorite modern bands, full stop, and I only hope that even one of you reading this listens to them, feels the same way, and sings their praises as I do.