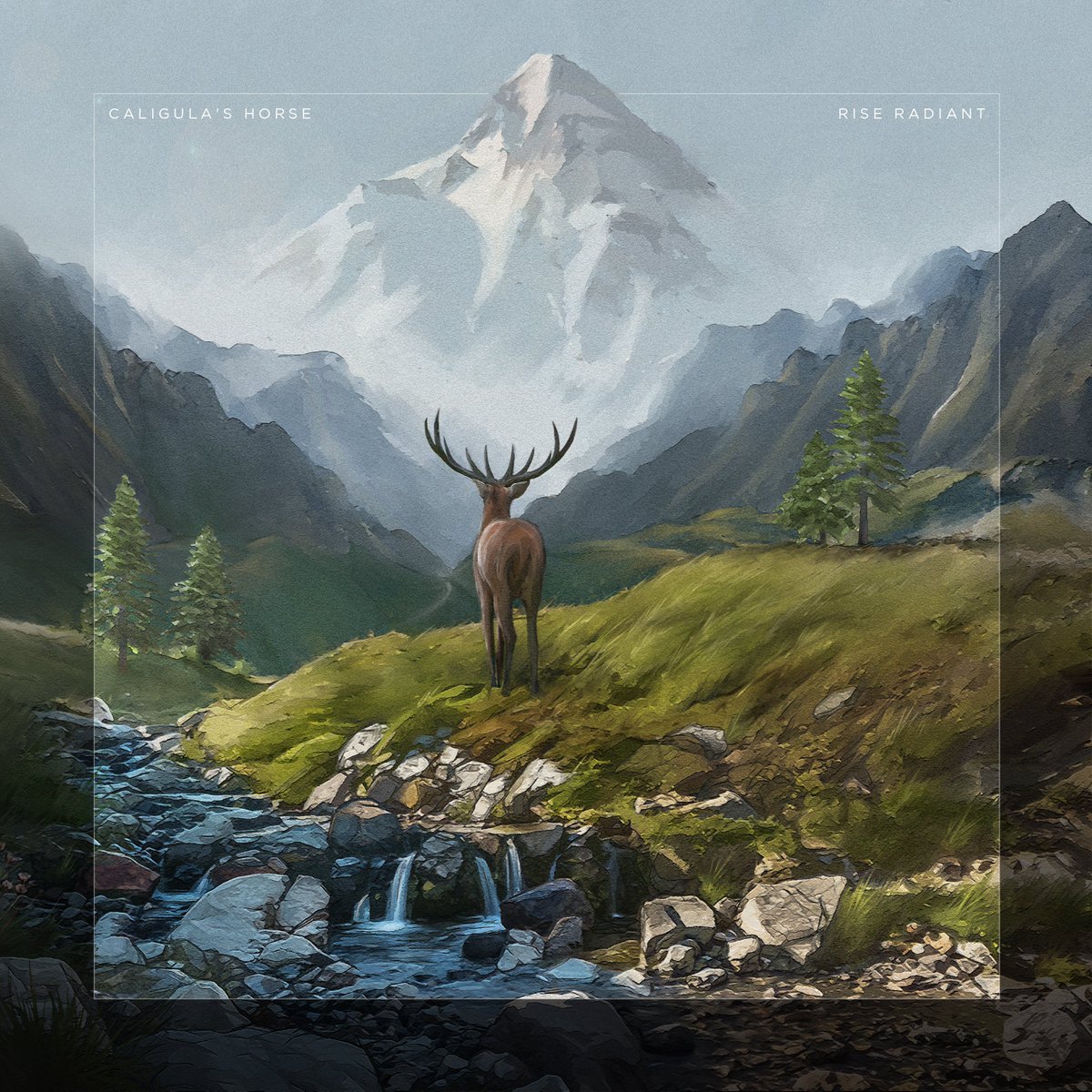 Rise Radiant is another consistent and quality album from Caligula’s Horse that doesn’t quite manage to hit the same emotional heights of their previous releases.

These Brisbane natives have a fair bit to live up to following the critical reception of their previous outing, a record that we’ve shown a lot of love for on the site, as well as the snowballing success they’ve achieved over the last decade. As a band reaches this level of clarity in sonic identity and a defined following to appease such as they have, the challenge then becomes to either continue pushing boundaries or to refine their current direction. Caligula’s Horse‘s newest effort comes off as much the latter, and it would be an easy target to simply label it as a bit underwhelming as a result. That statement in a vacuum, however, risks diluting the larger conversation.

In many ways, Rise Radiant revels in being the summation of the sound the quintet has developed over five albums now. All the technical musicianship and clean production you’d expect is fully present and accounted for, as are the dynamics between Jim Grey’s slow, mellow vocal flourishes and the aggressive syncopation of the musical counterpart they are contrasted by. Perhaps now more than ever they have put the aggression at the forefront, something well-realized by the theming of its lyrics, with a higher ratio of riff-oriented moments and immediately gratifying introductions than on previous records. While Sam and Adrian have a bit less time in the spotlight to express their undoubted virtuosity, you would be hard-pressed to find this record lacking in that expected modern prog sound, for better or worse.

I couldn’t help but feel that despite this more streamlined and often well-trodden territory the record explores, this experience was a bit less approachable than on previous records. This is not inherently a bad thing, as Caligula’s Horse have always been good at making their music deceptively progressive. Leaning more into this definitely has its benefits – the playful use of extending phrasing and layered time signatures within the condensed structure lets the musicianship shine while retaining the complexity that prog fans yearn for without alienating its broad appeal. The disconnect this time around seems to stem more from a shift in focus, as Jim Grey has less emotive phrasing and traditional vocal arrangements to hook the audience with than before.

That being said, you will find that most of what the record has to offer will scratch a lot of the itches you are likely having going into Rise Radiant. Tracks like “Slow Violence” and “Oceanrise” feel they could be pulled from the Bloom era, “Resonate” is innately akin to “Thief” or “Capulet”, while “Salt” and “The Ascent” pull from the same wells as “Dream the Dead” and “Songs for No One”. There are no spoken word poetry segments or acoustic renditions, and what you could argue as being ‘new’ is relegated to an underpinning bassline in “Oceanrise” and a snarling drum pattern in “The Ascent”. With three tracks already out and clocking in at just under forty minutes, you won’t find much that surprises you in the way Caligula’s Horse have done before.

While I want to avoid such strong comparison to their earlier records, it’s hard to not acknowledge when the record so strongly leans on this part of the band’s musical identity. Innovation is not always needed, but this record struggles to reach these same heights they seemed to effortlessly make up until this point. “The Ascent” is the closest it gets to really digging into what makes this group special, but it comes a little too late in the runtime. In its place is a stronger focus on composition and the unique implementation of musical motifs.

If we look at this in a different light, it seems to me that Rise Radiant is more lacking of context than ambition. You can hear from the interviews they have released so far that the previously mentioned density of prog was something they were truly aiming for, something I feel they were wholly successful with. The use of motifs in this context is more for cohesion and direction than emotional weight. Jim states that early on, the group decided they didn’t want their express message ‘diluted’ with a story concept, an idea that I can get behind when talking about the framing of a message. However, I feel detaching the two in this instance has had the adverse effect of less emotional catharsis as a contrast to the dense prog on offer, which to me is much of what made this band so uniformly likable and impressive in the first place.

I’m not above admitting that my lament at the absence of emotional catharsis may be a more subjective viewpoint, but I can’t help but feel that tracks like “Salt”, which have enormous potential, never quite hit their stride because of this. Here we have a song that structurally emulates a larger concept, but the points at which the music swells into what should be a huge release feel a touch hollow instead of gratifying – something that would likely have been shaped differently if the lyrics and music were more innately entwined. It does succeed at being musically interesting, but also places a barrier between the listener and the connection that is made with the music. Many of the stronger tracks in their back catalogue (and much of why In Contact was as well-constructed as it was) can be linked back to the conceptual framing providing a structure and direction to lay these progressive motifs. The outliers of these examples are tracks that more effectively balance this current direction with the approachability that is less present here.

At this juncture, I feel conflicted when discussing the quality and impact of this record. Everyone in the band is in top form, and you can hear from the way they speak about it that this is a project full of passion. I have no doubt that the record will easily hook a more casual listener, but for as much as I’ve tried to avoid phrasing it this way, at the end of the day I did feel a bit underwhelmed by it. Be it a combination of the dense, motif-driven direction they chose to work with or the lack of boundary pushing in a more traditional sense without reaching the emotional heights of their previous records, I’m left pining for a little more.