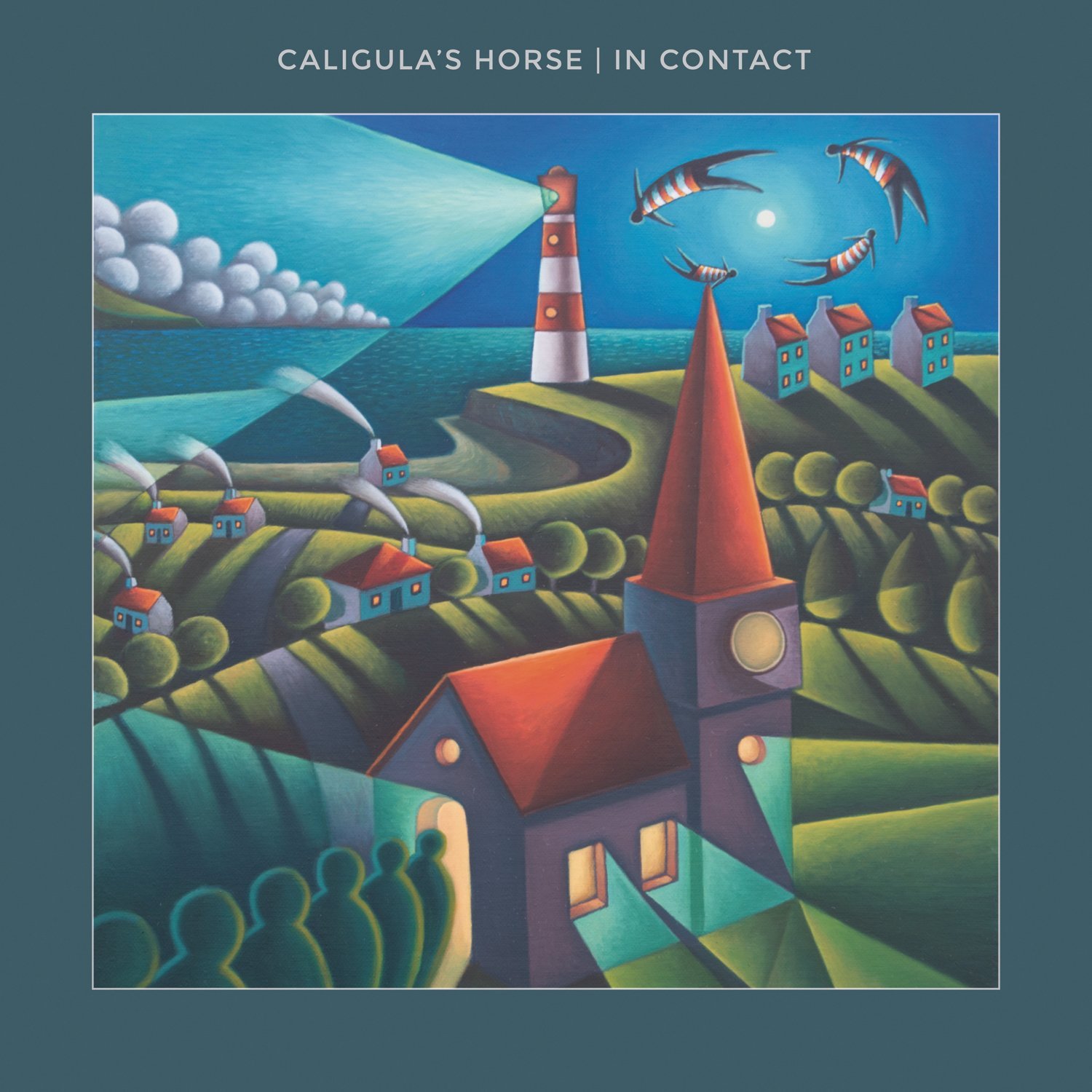 By Tyler CaldasSeptember 1, 2017 No Comments

Caligula’s Horse fourth outing proves to be their strongest offering yet, providing an engaging, emotionally evocative progressive concept that will stick with you long after the runtime ends.

I want to make no pretense when entering the following discussion on the noted album; In Contact is a truly remarkable and impressive record on many levels, and is worth every moment of your time. If you were interested in picking it up or have enjoyed their previous work, then I recommend taking the dive blind and enjoying what it has to offer without reading further. There are little surprises and pieces that carry an impact felt more when they aren’t expected, and I don’t want my words here robbing you of that. For everyone else, let’s dig into what makes Caligula’s Horse‘s fourth full-length record such a seminal release (and for those interested in the concept that drives the album, you can hear the band discuss it here as I won’t be mentioning it in the review).

On a surface level, the album carries everything you could ask for from a follow-up: all the elements that stood out from the band’s earlier works are present and accounted for, the production and musicianship are in top form, and there are new memorable things introduced into the mix. If this is your first exposure to the band, they play melodically-oriented progressive rock/metal with a focus on clean vocals and unique melodies. The guitar remains a large focus for many of the compositions, with a style that leans on a Petrucci-meets-Plini tone [read: equal parts playful and emotionally evocative] and some truly impressive displays of ability. The vocals stay clean throughout, lilting in both calm verses and more powerful moments. While I’d argue the focus is often on these two elements, the rest of the band is incredibly tight as well, with performances that sit alongside – if not above – most of their contemporaries in the modern progressive scene.

Their first single, “Will’s Song (Let The Colours Run)”, may not completely capture the true scope of what makes this band or album so great, but it does show off the kind of sound and tones you’ll hear on the rest of the record. Assertive drums lead into an aggressive staccato, played through later by Jim Grey’s expressive voice and a short but explosive solo before a nearly djent-esque outro. It is perhaps the most consistently aggressive song of the bunch, though most of them manage to have bite and grit to them at times. Even the opening moments of the album, the pattern that leads on “Dream the Dead”, carries a heaviness that is immediately engaging. Best keep in mind that this isn’t a head-banging metal record at it’s heart, however, as it often goes into conceptually quiet segments, and many of the truly standout moments – while may still be aggressive – are of a different nature.

The pacing of the album is also something to note; a strong lead, thorough carry, moments of reprieve, and a momentous conclusion make the sixty-plus minutes fly by. Those aforementioned moments of reprieve come in the form of the three shortest songs on the record: “Love Conquers All”, “Capulet”, and “Inertia and the Weapon of the Wall”. While the former two are perhaps the weakest tracks on the record, being far more traditional and less inventive from a technical and structural perspective, the latter of the three comes rather unexpected, as it is essentially (well-crafted and competently delivered) spoken-word poetry. Whatever your opinion on whether this inclusion leans toward appropriate or not, the ending lines strongly proclaiming ‘Spit in the cannon’s mouth and tell ’em Ink sent ya‘ bleeding into the droning sounds of the subsequent song craft one of those hair-raising moments that elevate the music to be something special.

These types of moments are littered throughout the album, and it’s these that bring this from a ‘good album’, to something that will likely strongly resonate with many people on a deeply emotional level. You can see it in the post/ambient bridge in “Dream the Dead”, where the music swells and drives into a fresh guitar/vocal harmony for three measures. It’s there in the highly progressive melody following the fluttering guitar solo in “Fill My Heart”. Echoes of it lie in the instrumentation of “Songs for No One” and “The Cannon’s Mouth”. The band has a way of producing a driving pattern and vocal arrangement that leads to a sense of euphoric expression usually reserved for the end of twenty-plus minute prog epics. This culminates in the near sixteen-minute journey that closes off the album. “Graves” has so many of these moments that it would be hard to isolate each of them, but the way in which it takes all of them and re-incorporates them as motifs into the extended outro by alternating between an adrenaline-pumping, heavy groove and beautiful reprieve is one of the most interesting and powerful moments I’ve heard in music all year.

In many ways, I can see this being the record that fans of the band will think back to and compare against for the rest of their career. More than that though, In Contact shows that Caligula’s Horse are one of those bands that truly stand out from the crowd, offering a unique musical experience that you can’t quite get anywhere else. There are a handful of weak moments, and a few songs don’t hit the same highs as the others, but the all but tangible feelings that those high points invoke are so powerful and thoughtfully executed that the experience remains resonant and truly memorable. As it stands, this is easily my favourite record to come out this year, and one that you should not miss.