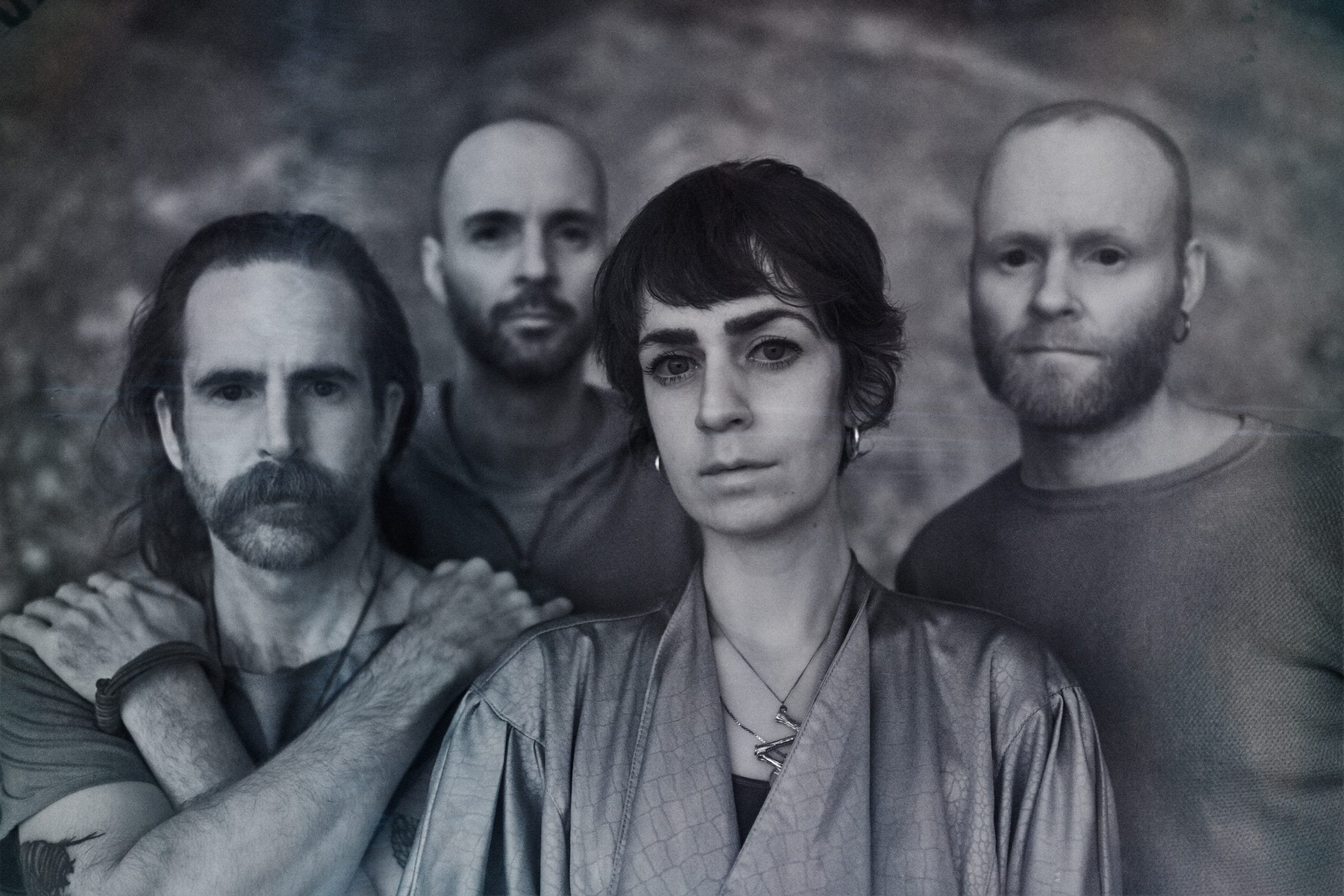 By David RodriguezApril 6, 2020 No Comments

Azusa have a brilliant gift for effortlessly coming together to create a spirited tour de force. Loop of Yesterdays impresses in literally every manner.

So…y’all saw our Weekly Featured Artist article on Azusa, right? I’d encourage you to at least skim it a bit to get a proper introduction to the band – that’s your homework. Suffice it to say that we’re not dealing with your average, everyday metal band here. It almost feels cheap to simply refer to them as ‘metal’, but I digress. I was so excited to hear this record, and I’ve been listening to it for quite a while now that refraining from talking about it much in the WFA (by my own choice) was difficult – I knew I wanted to review it separately to give it its full due, so…take a seat, it’s gonna be a bit.

Why do I like Azusa so much? Cohesion. Emotional range. Character. Power. It’s often hard to properly describe how a great band is different from the rest. It’s more easily felt than told – this is one of those bands, but I still have a couple potential explanations. I mean, have you seen the history of the quartet’s members? The Dillinger Escape Plan, Extol, John Frum, Sea + Air, Jumbo Jet – how could this band not be good? How could Loop of Yesterdays not be good? Also, how the hell do you reconcile all of those disparate styles? Really, I have to agree with bassist Liam Wilson and chalk it up to ‘muse magic‘.

What does that mean, though? It means you’re getting progressive, thrashy metal that maintains an air of comfort and vulnerability in addition to ferocity and catharsis. Imagine the album as a wind, cool and caressing right before it sends you flying off a cliff, but that makes it sound largely malevolent when it’s really tender most of the time. Even during the door breach that is “Memories Of An Old Emotion”, the high BPM and screamed vocals call forth a sensitivity – ‘I was tired of being brave/I had grown old duelling myself‘. This is before the song melts into a caramel softness that utilizes Eleni Zafiriadou’s background as a singer of gentle folk pop.

She and the rest of the band command complete tonal dominance so effortlessly. There’s two songs that showcase this the most, “Support Becomes Resistance” and “Monument”. The former is a lush and melodic interlude that barely lasts half a minute before leading into the latter, the most catchy and searing single the album has to offer. The song is a revolt against emotional sterilization brought on by toxic positivity and religion, an affront to false prophets, and a wail for freedom. ‘Who will not uphold the sacred façade/Repressing the rise of emotional misery?‘ beckons Eleni, faded and buried in the back of anthemic guitars and drums, as if personifying the voice of repression itself. In the hooks are where you find the calls to action – ‘unlift your arms‘, ‘unsing the song‘, ‘undo the praise‘, ‘unfeel the joy‘. The demand for a spiritual refund to allow yourself to feel as humans do, the wish to be emotionally whole without recourse comes to a head by tearing down the monument with the immensely powerful lines:

The title track is something I really grew to appreciate. The more my life closed in on me in the last month and demanded that I break my routines for new ones, I couldn’t help but notice the monotony of it all, even though my previous routines were just as monotonous and repetitive. It’s here that the delicate chorus reaches out to me – ‘cannot lose myself in a loop of yesterdays‘. The eerily calm track coats the album in a still sepia tone, acting as a small intermission between getting your shit wrecked by Christer Espevoll’s guitar riffs, but it’s supremely welcomed.

I’ve gone this far without saying what makes Loop of Yesterdays better than Heavy Yoke, or if it even is at all. You may already know my answer from doing your homework (right? Right?!), but let it be known that, somehow, this album is scores better than Azusa‘s debut effort, and I loved that album. There’s a key difference here that I was clued in on by Liam: the band had a more cohesive and inclusive way of writing this one. Everyone had input, everyone was more comfortable and complementary to each other, every artistic decision feels measured. Take the progressive powerhouse “Skull Chamber”. There’s pounding double bass drums from David Husvik and discordant guitars while Eleni’s vocals croon away. It’s a creepy combo, telegraphing an eruptive second act for the song. It’s a progression that wouldn’t work nearly as well if the members weren’t as in tune with each other as they are.

I feel like I’ve jabbered on long enough about Azusa for the last couple weeks, but then I realize that I’ve apparently written two more paragraphs here and come to terms with the fact that I’m a liar. I persist because, well, I’m wordy, and the band deserves it. They deserve the praise, they deserve recognition for twisting the tenants of metal into a new beast that I hope can keep momentum for years to come. When Heavy Yoke came out, it was one of my favorite albums of 2018. I saw a spark in them that at the time felt realized and whole – they have thoroughly outdone themselves here and now I see that moving forward can only yield more opportunities to experiment, grow, and have each member utilize all the tricks they’ve amassed through a combined several decades of musicianship.

That’s it – that’s all there is to it. I hope that you’re able to see the replete energy and genius in “Kill – Destroy”, or the grimy siren’s call of “Golden Words” just as I have. I hope your mind translates the vulnerable lyrics into a vibrant picture you’ve never seen before and it brings you a rare joy, or you grin wide when you hear the fade-in escalation of instrumentation in the intro of “One Too Many Times”. I hope you hear what I hear because from where I’m standing, Azusa are one of the best bands in the business currently.