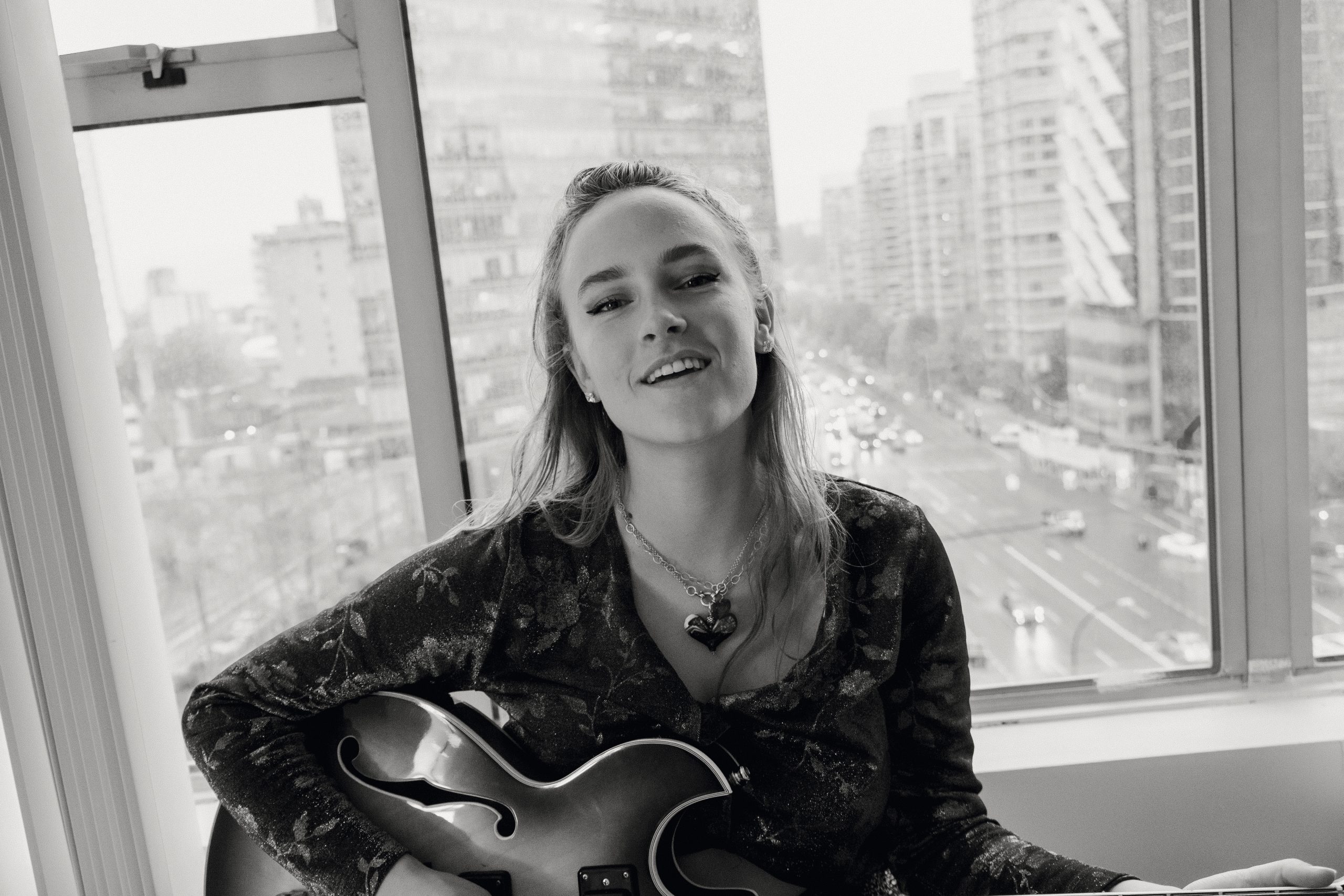 Ava Wild is a young female artist from Saskatchewan, Canada. Guided by her very creative vision, she creates beautiful melodies with her soft, yet powerful voice. She is able to invent her own smooth sound while taking inspiration from soul jazz and indie pop genres.

Coming from the same province as Wild, I am inspired by her greatly. I have followed along with her musical journey for the past couple of years, and have loved to see her blossom. Over the past year, she has branched out from her usual sound, releasing a few tracks that include jazzy drums and fun melodies. Wild released her debut album BARE in 2016, when she was just a teenager in high school. It is much more folk-oriented than her present style, mainly being composed of her voice and an acoustic guitar. The track “White Toothed Bastard” on the album won her the SOCAN Young Songwriter of the Year award, showing promise in the new artist to the Saskatchewan music scene.

‘I was 16 when I recorded BARE. My intention was to document where I was at the time, and learn as much as I could. It acted as my “number-on-a-napkin” so to speak. I had no idea who might call, but I was attracted enough to the whole music-ing thing that I wanted to put something out there! And, I guess you could say it somewhat worked.’

With her sultry voice and smooth dance beats, I have become quite intrigued by her new sound. When I asked her about the change in style over the past year, she responded by saying that

‘Balloons for You, was (for me) an exploration of collaboration and instrumentation. Brodie Monkier and I worked on the production of that song together (as well as, Nooner Coffee, Thank You Fran Marie, and one that is not released yet). It was a valuable partnership, and insightful for me to see what a song can become. Also, so fun to be in a room of horn players, playing the melody of a song you wrote!‘

My personal favourite track of hers is “Balloons for You”, a playful track that talks about celebrating life and being thankful for the people that that enter and exit during the journey. It includes horn parts, an energetic beat, and a chorus at the end that includes multiple people singing, giving it the feeling of singing a song with your friends at a party. An equally playful video was made to go along with the song, which includes different shots of Wild dancing and singing while riding a horse. Even though “Balloons for You” is my favourite, I am impressed by each song she releases, and am never disappointed by the charmingly elegant sound she is able to create.

Each of her new tracks (“Balloons for You”, “Nooner Coffee”, and “Thank You Fran Marie”) are all similar in that they include beautiful lyrics and captivating melodies. Wild plays the guitar and sings for each song, while also including other local musicians for the drum and horn parts. There is a depth to her new sound that seems to create a feeling of home to the listener. I am excited to hear what else her creative mind comes up with.

Wild is one of the most authentically creative artists I have come across. She creates such a vivid image that pairs with her sound. The photos she takes for single covers, videos she creates talking about her music, and the way she lets people see little snippets of her life are all so interesting and original. She is somehow able to paint a thoughtful, yet carefree image of herself that matches her sound. Wild touched on this, saying that ‘Creativity has always been part of my identity. For my creativity to exist, I need spontaneity and space to be authentic.’

Coming from a smaller music community in the heart of Saskatchewan, Canada, Wild has worked hard towards making connections and a name for herself. Growing up in Regina, Saskatchewan, she has learned a lot from being a prairie musician. When I asked her about how she has been influenced by the tight-knit community there, she talked about the people who have helped and inspired her:

‘Early on in my ‘career’ as a musician/artist, I was lucky to be welcomed and encouraged by the Saskatchewan arts community. Belle Plaine, Nick Faye and Andrés from Andino Suns (to name a few) took the time to share with me what they’d learned from experience. Naturally this helped influence choices and actions I have made in my career.‘

Being a prairie musician has not restricted Wild in terms of travel, for she has performed thousands of miles from her home. She went on a tour across Western Canada in 2017 after her release of her debut album BARE, which included 13 shows. She then did an Eastern Canadian tour in 2018, performing in three different provinces. Over the course of her career, she has performed at multiple Canadian music festivals, some being the Winnipeg Folk Festival, Regina Folk Festival, and Gateway Festival. Along with Canadian tours, she had the opportunity to perform at The Great Escape music festival in Brighton, UK in 2019.

Wild plans on collaborating with many more artists in the future, but for the time being, she enjoys being creative by herself in her own space. She says she is inspired by and has been listening to Magdalene by FKA Twigs, La Llorona by Lhasa De Sela, and Sun Machine by Rubblebucket lately. Having the support of many other artists and working towards perfecting her craft, I have no doubt that Ava Wild will make her mark and have a large impact on many people. She is a powerful soul who exerts beauty into the world.

Ava Wild can be found on Facebook, Instagram, and her own official website. Her music can be found on all major streaming platforms, while her merchandise is available on Bandcamp.