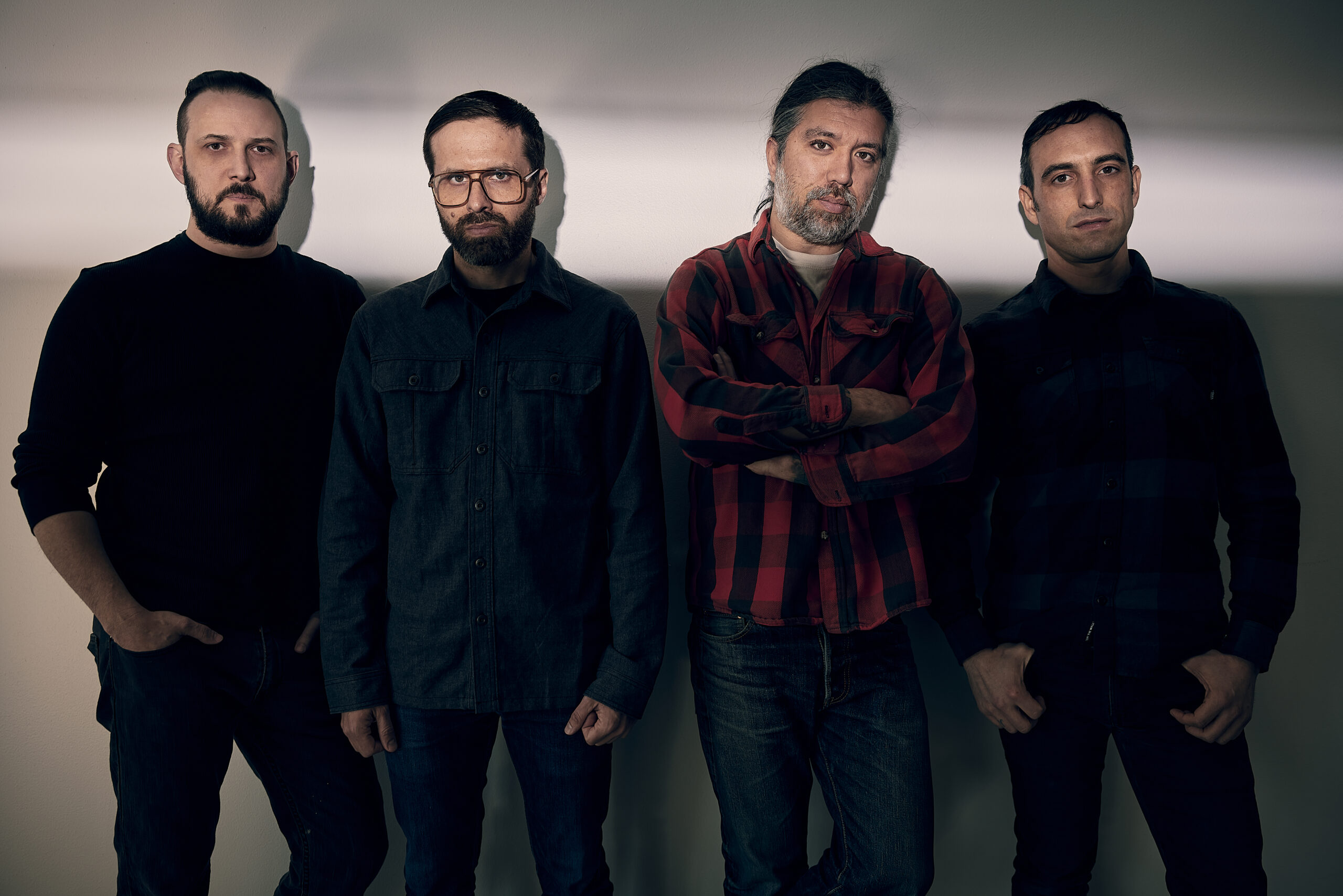 Cave In have never sounded better than on Heavy Pendulum, an album that refuses to forget the past, relinquish the present, and waste the future.

Cave In are back, after 11 years. What? They dropped something in 2019? Yeah, I know. Although most places will call that an album – and yeah, I guess it was – it was really more of a collection of fleshed-out demos and ideas to enshrine the contributions and immutable friendship shared between the tragically passed Caleb Scofield and the rest of the band. It’s a eulogy, one made by the band for the band, and for Caleb, just one we were graciously all allowed in on as fans. It’s still an album to me –  Heavy Pendulum though is the first effort with new bassist Nate Newton (Doomriders, Old Man Gloom) contributing in full to the writing and building process, and Cave In‘s first album with Relapse. And damn is it a good one.

Quick personal history: I’m a very late comer to Cave In. I discovered them through guitarist/vocalist Steve Brodsky who I was first familiar with by name through Mutoid Man, now one of my favorite bands ever. I’m also a big fan of his work in Old Man Gloom along with Newton, and his contributions with Converge, particularly their last one, a collab with the great Chelsea Wolfe. I’ve had to make my way backward through their discography as a result and I’ve found their spacey, progressive approach to rock and metal to be my favorite sound of theirs compared to their more aggressive approach (so, effectively, most stuff before White Silence).

Good then that Heavy Pendulum is basically more of that; as much a natural continuation to their sound as it is arguably a return to their Jupiter/Tides of Tomorrow days. Everything here just feels like top form for the quartet. Brodsky’s singing is as great as it’s always been lately; equal parts haunting and commanding. JR Conners’ drumming is exorbitantly varied, from vigorous punk-adjacent rhythms to proggy, heady journeys across the skins and cymbals. Adam McGrath’s additional guitar (and vocals – he helps sing lead on “Reckoning” and has prominent parts on “New Reality” and more!) complements Brodsky’s well and makes Cave In as dense and robust as they are. Lastly, not leastly, Newton’s bass fills an important role from the jump, but his contributions here are more granular having pitched in with the creative process and whatnot.

The result is an album that sounds like it’s from the mid-2000s, just… in a good way? Modern production is a boon to most that can get it, so filtering Cave In‘s diverse music through it is just a net win starting with “New Reality”, a song about new beginnings of which the band have had many recently. A new lineup, a new label, a new life and existence since COVID, etc. It’s fitting a new album like this would start with this track to contextualize where the band are mentally and emotionally, though it’d be a fit regardless with its chunky riffing and dual vocals on the hook.

“Blood Spiller” is a fave of mine – the single has some serious grunge affiliations with the guitar tones, and Brodsky’s vocal lilt and how he’ll hold onto a note longer than you may expect. Singing about the moral degradation of political modernity (‘Fresh kill or the killer/You can choose only one/Blood spill or the spiller/You can walk or watch it run‘). Coupled with “New Reality”, it’s a fierce start for Heavy Pendulum, making good on that ‘heavy’ in the name, but you’ll find some poignant deviation from that approach later in the record.

I’m gonna go ahead and jump out the damn window and say that “Heavy Pendulum” is channeling some Alice In Chains ballad vibes especially with the dual vocal configuration they have, something Cave In have been known to do from time to time, so maybe it’s not as much of a hot take as I think. The track’s calmer, but driven by an insatiable groove that ramps up and down, vocals are keenly relatable about how the weight of time is often unbearable and always out of our control, and do to it all over again with what we know now would only benefit our lives. It’s just a great-ass song – there’s not much else I can say about it beyond that, and I’d say just about the same about “Reckoning” which could pass as a Jar of Flies B-side or something. “Blinded By A Blaze” is similarly sullen though more so, encompassing a dark melancholy the band all put on display to form the emotional core of the album.

It’s impressive how well they can move from mood to mood without missing a beat. Thanks to strong writing and personality in their instrumentation, there’s a lovely through line in Heavy Pendulum whether you’re listening to a shredder like “Searchers of Hell”, something sludgy and churning like “Nightmare Eyes”, or “Waiting For Love” which is a nice, stoned-out piece of progressive psychedelia that’s one of the the band’s best tracks ever (the groove is immense). And it all comes together on the final track, and the band’s longest I’m fairly certain, “Wavering Angel”. This is a monster 12-minute track, a touching, personal tribute to friends grown apart and lost. What starts as a stirring acoustic lamentation building into a rousing, reverberating rock track doesn’t waste a single damn minute of time, just as Cave In haven’t wasted a minute throughout the whole record.

This is the first (real?) album I’ve heard from Cave In at the time of release, and it’s an experience that I’ve greatly enjoyed. It feels celebratory and hard-won, strong yet still sensitive, built on the foundation of four friends – three of whom have been chugging along for 30 years under the Cave In name – expressing themselves with all manner of detail and growing into a tight-knit powerhouse of modern rock and metal that still has a beaming light within it. It’s nice to see a band like them not just keeping that light on, but doing so in a victorious manner that doesn’t feel forced or too emaciated to move the same mountains they built across the years. Sure, Heavy Pendulum is a testament to the past and present, but it also telegraphs a ardent future for the foursome.

Now, uh… where we at with that new Mutoid Man album, Steve?