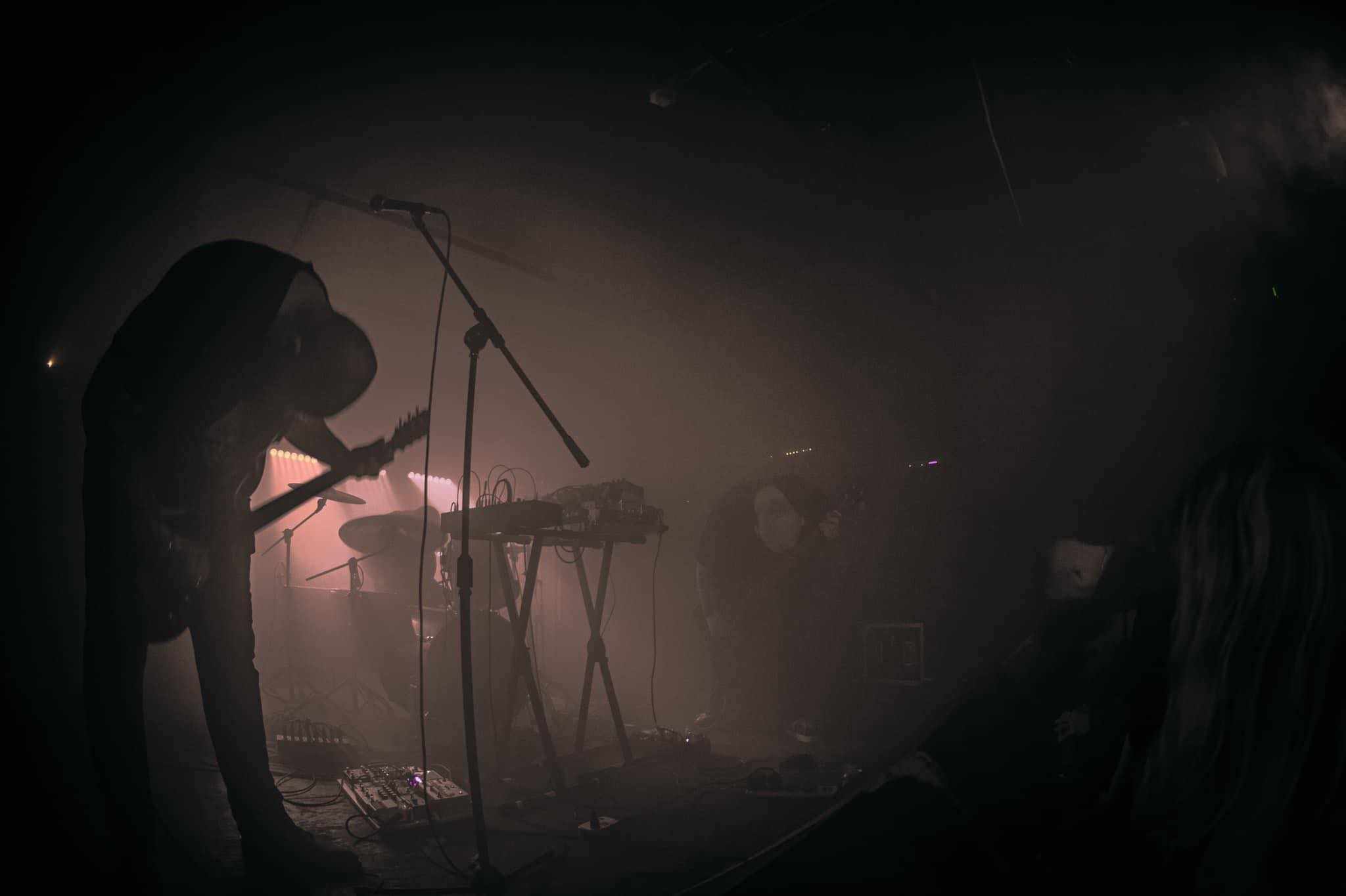 Colorado death-sludge lords Primitive Man return to the scene with the appallingly heavy and eternally filthy Insurmountable, proving their superiority as one of sludge metal’s leading catalysts.

For the past several years, Primitive Man have been unleashing some of the most uncompromisingly brutal, gut-wrenching, filth-ridden sludge metal that encompasses elements of death metal, noise rock, and funeral-doom in its finest capacity. An integral part of the extreme underground’s growing doom metal palette, the Denver-based trio’s musical output contains a rich variety of full-length albums, EPs, and collaborative efforts, with the albums Caustic (2017) and Immersion (2020), as well as their splits with other sludge trailblazers Sea Bastard (2016) and Hell (2019), being some of the most noteworthy. Now, the feedback-driven sludge machine strikes again with Insurmountable, a bloody, doom-soaked EP that is short in length yet feels like an everlasting sonic trip into an eternal abyss.

As nihilistic as ever, first track, “This Life” opens with an overwhelmingly forceful amount of feedback that generates the initial hellscape inviting these viscous doom riffs to bring the listener into a volatile, nightmarish musical landscape. The tense atmosphere is heavily enforced, as always with Primitive Man’s dense and unforgiving musicianship, creating an evil presence within these opening few minutes. The track begins to expand its rhythmic structures as it persists with terrifying feat, the violent percussive fills climactically leaning into these extremely low, dissonant textures with subtle tempo changes to keep you engaged and alert.

“Boiled” comes as the second track, but serves more as an ambient soundscape that constructs the sense of dread and despair that the next track will soon unleash. The ways in which the band can generate these outlandish sonic hellscapes through piercing layers of feedback and reverberated drones is impressive considering the length of time that is provided for the track to progress. One could even decipher these dissonant timbres as something out of an experimental short or a B-side horror film, considering the comparable auditory tropes that seem to be exhibited. By the end, blackened guitar riffs are aching to burst out and introduce the next track.

As the title could suggest, “Cage Intimacy” serves as somewhat of a critique on the human condition and our reliance of trapping ourselves within the conveniences of modern society like voluntary slaves. The damning riffs that open the track cry out, evoking the constant suffering and lab-rat state that we find ourselves in upon hearing the discordant and catastrophic instrumentation looming forward. There are interesting periods to this track that demonstrate the band’s more experimental and open-minded musical approach, for example the D-beat percussive sections during the opening half of the song, as well as the sharp jarring phrases that resemble that infamous shower scene from Hitchcock’s Psycho perhaps.

Finally, Primitive Man‘s closing track “Quiet” sees the band tipping their hats to Smashing Pumpkins with an unpredictably well-arranged cover. Their brutal, unmovable force is projected onto this last song, giving the listener their money’s worth. The building atmospheric tension is created from the climactic riffs whilst the inhuman vocals roar and bellow with such thunderous and distorted capacity that they’re almost heavier than the overly amplified guitars. The interweaving tempo changes don’t give up either, going from these slow, pounding sludge metal sections into abrasive and fast grindcore fills that completely throw you off guard; you wouldn’t have thought this was originally Billy Corgan at the helm.

To say the least, Insurmountable is Primitive Man doing what Primitive Man does best, and that’s producing dissonant, nihilistic, and extremely powerful death-infused sludge metal. This EP becomes another achievement that can only see the band grow from here on out. Whether it be another band split, live shows, or a full-length album on the horizon, Primitive Man have engraved their name into the doom metal record books as one of the genre’s most gruesomely heavy and violently abrasive musical acts to come along in the past decade.