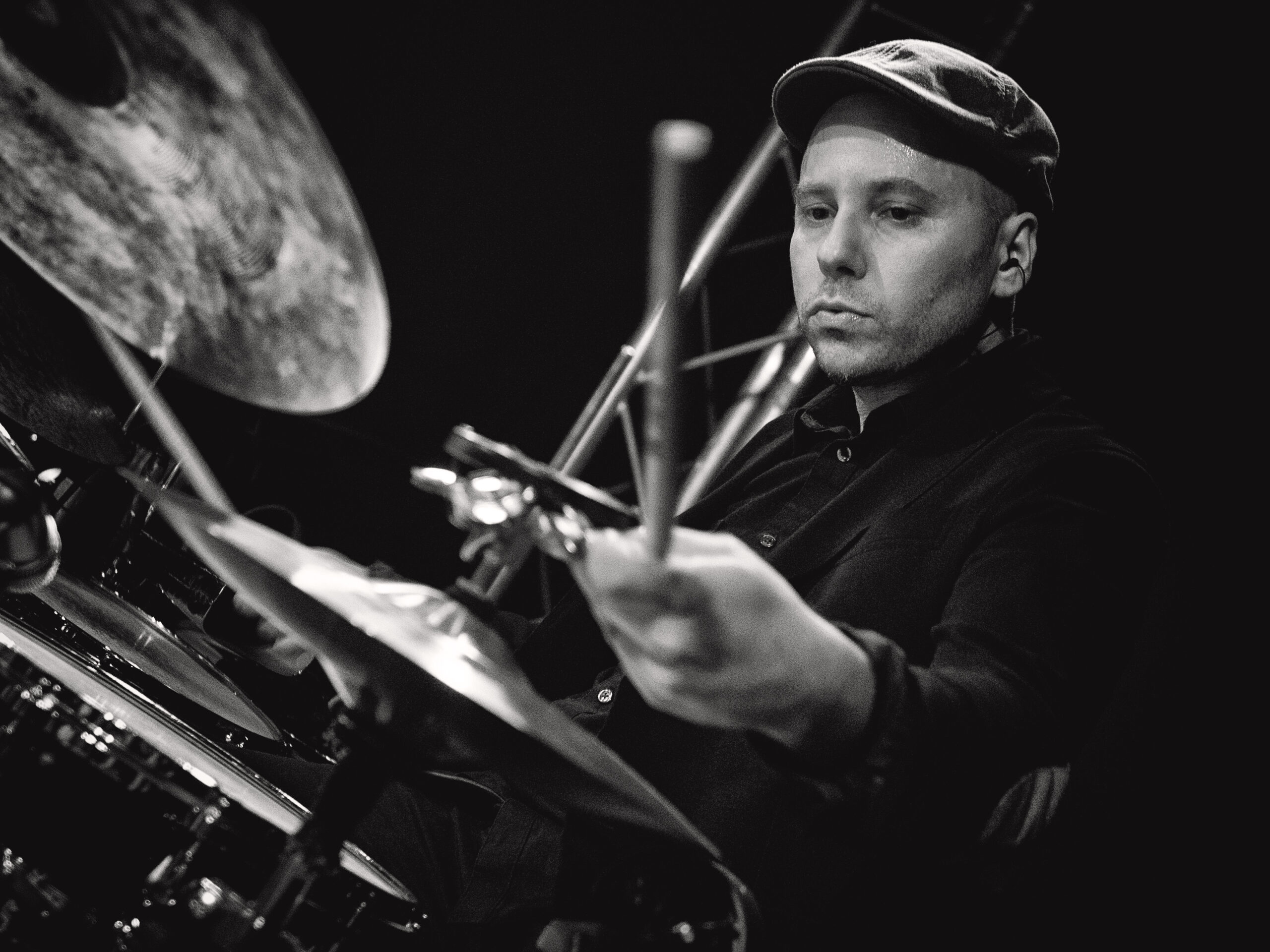 Tommaso Moretti – “Inside Out”

Tommaso Moretti‘s new album “Inside Out” is fantastic, except when there is singing involved. Do not miss out on this wonderful jazz album!

The jazz composers I listen to often front the band with horns, which is why I believe I’ve found so much enjoyment in Tommaso Moretti‘s new album Inside Out. Since the age of ten, Moretti has been playing the drums, and his compositions reflect an approach centred around complex rhythms coming from his kit. The result is energetic, flowing works of art that low-key get you moving, but often leave you in awe at the complexities. Now, I’ve got to stress that those complexities do not make this a tough listen; in fact, it is an extremely easy-going album to listen to, ideal for dinner parties and relaxing to.

Moretti’s band history is intriguing. Since 2004 he has been active in bands, ranging from indie jazz-rock to mathcore, before moving to the states from his native Italy in 2013. Residing in Chicago since, he now plays in five bands on top of releasing his own material. You can see in his music all of these influences and styles collapsing in on one another, with both modern and classical influences permeating the record.

Songs dance through a number of flavours effortlessly. Traditional flavours of jazz are quickly consumed by bebop style jazz in the vein of Django Reinhardt before venturing off together in a seamless melding of old and new. The tracks are nice and long, giving Moretti the option to really develop and play with some of the motifs and direction of the tracks. I never really find that any climax, they just play out to a satisfying conclusion. For example, one of my favourite tracks, “Taming The Bitterness”, just ambles through, making it ideal for a walk with the dog or whilst you’re cooking.

This track, like many others, is full of exceptional details. Whilst most of the time you are focused on the horns, guitar licks, or drum rhythms, striking moments like when the bass pushes through and steals the show during the middle of “Taming The Bitterness” make this album special. Not many jazz artists are able to capture one’s attention like this – sometimes their work simply becomes too layered and complex. Moretti’s compositional talent certainly shines through in a number of tracks.

Morettidoes play around throughout the album, showcasing a desire to expand his music beyond what we expect it to be after the exceptional opening track “Italiano in America”. In “A Call For Awareness”, the mood does take a nosedive and becomes much more sultry and dark compared to the often light and bouncy jazz. No doubt drawing from his past experiences, this track is wild and crazy, but it works very well embedded between many exciting tracks. Where the experimenting doesn’t work, however, is on the two tracks with singing included. Personally, I found the timbre of his voice frustrating, which made me want to skip those tracks on my playthroughs.

Nonetheless, the rest of the album is a massive success, and Moretti should be very proud of what he and his band have achieved with this piece of work. It is a fun and exciting album that’ll get your groove on, leaving you with a bundle of energy for the day ahead. Inside Out is a brilliant album to pick up and enjoy as the summer encroaches.