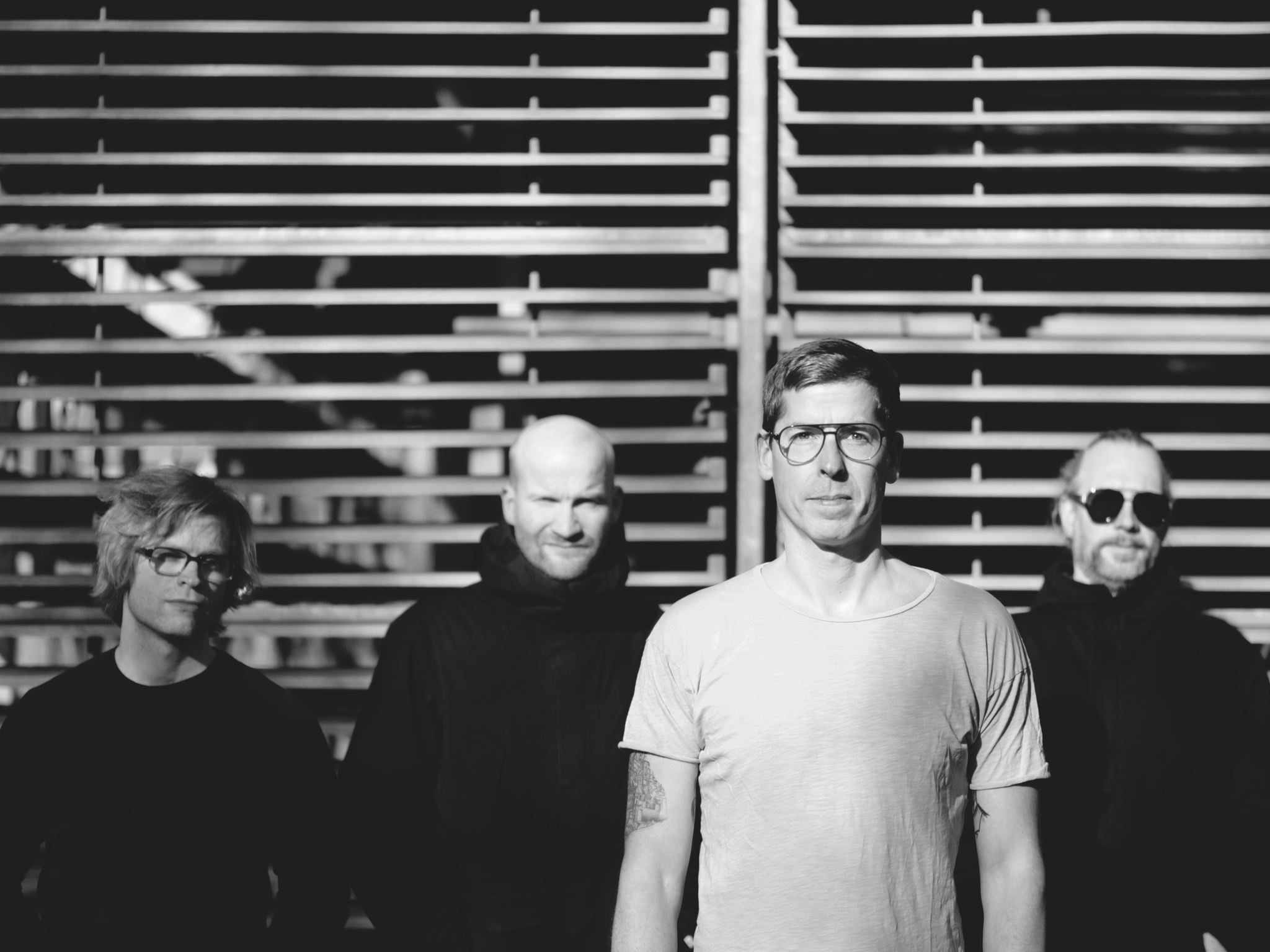 I am a sucker for throw-backs and romanticising the past, especially when it comes to music. Put on a Coheed and Cambria, Rush, or Rage Against The Machine album and you’re almost guaranteed to have me tell some story about my teenage years and how good the music at the time was. So when I read that a band ‘further perfect their image of youthful nostalgia captured in noisy guitars‘ in a press release, I am hooked. Thankfully, this is exactly what is written for the new Entropy EP, Death Spells. German noisy indie rockers, Entropy have been relatively quiet since the release of the fantastic Liminal in 2020, but are ready to unleash three new tracks in the form of an EP this summer. Lucky for you, we have the lead track “Death Spell” from this EP premiering right here at Everything Is Noise today;

Musically, “Death Spell” is one of those instant kick in the stomach tracks (in a good way). A sweeping guitar provides a quick intro before the band members explode into action in unison. These opening bars are simple, but incredibly effective in setting the scene for the track. Entropy set their stall early, they are here to enjoy themselves and are bringing you along for the ride.  As the vocals kick in so does the aforementioned nostalgia, I am immediately transported back to the ’90s and reminded of the mighty Kerbdog in their prime, the pulsating guitars pushing forward an effortlessly delivered vocal line. As the band explain; ‘Lyrically, “Death Spell” deals with the lingering suspicion that you’ve unwittingly set forces into motion that might end up destroying parts of yourself‘, conflicting entirely with the upbeat feeling that consumed me upon listening.

Like the track itself, the video for “Death Spell” is effective in its simplicity. A band performance punctuated by flashing and glitching lights, the members jump between crystal clear and blurred images. Entropy explain that ‘the video captures the idea of being haunted by interjecting ghostly, spectral images into the more naturalistic performance of the band.‘ As with the music, the amount of time and effort that has gone into ensuring a high-quality and suitable visual accompaniment is to be applauded. In a time where intricacy and over-complication can be seen as fashionable, “Death Spell” is a wonderfully straightforward and enjoyable offering.

If your formative years consisted of great tunes and good times, “Death Spell” will definitely succeed in bringing you back to the past. For those who can’t wait to get your hands on a physical copy, you can pre-order the new EP due for release July 2022, on which this premiere is the title track, on a nice limited slab of vinyl. While you are waiting patiently for its release, make sure to check out the Entropy Bandcamp for digital pre-orders and back catalogue music, as well as the Facebook and Instagram feeds to keep up to date with any news.