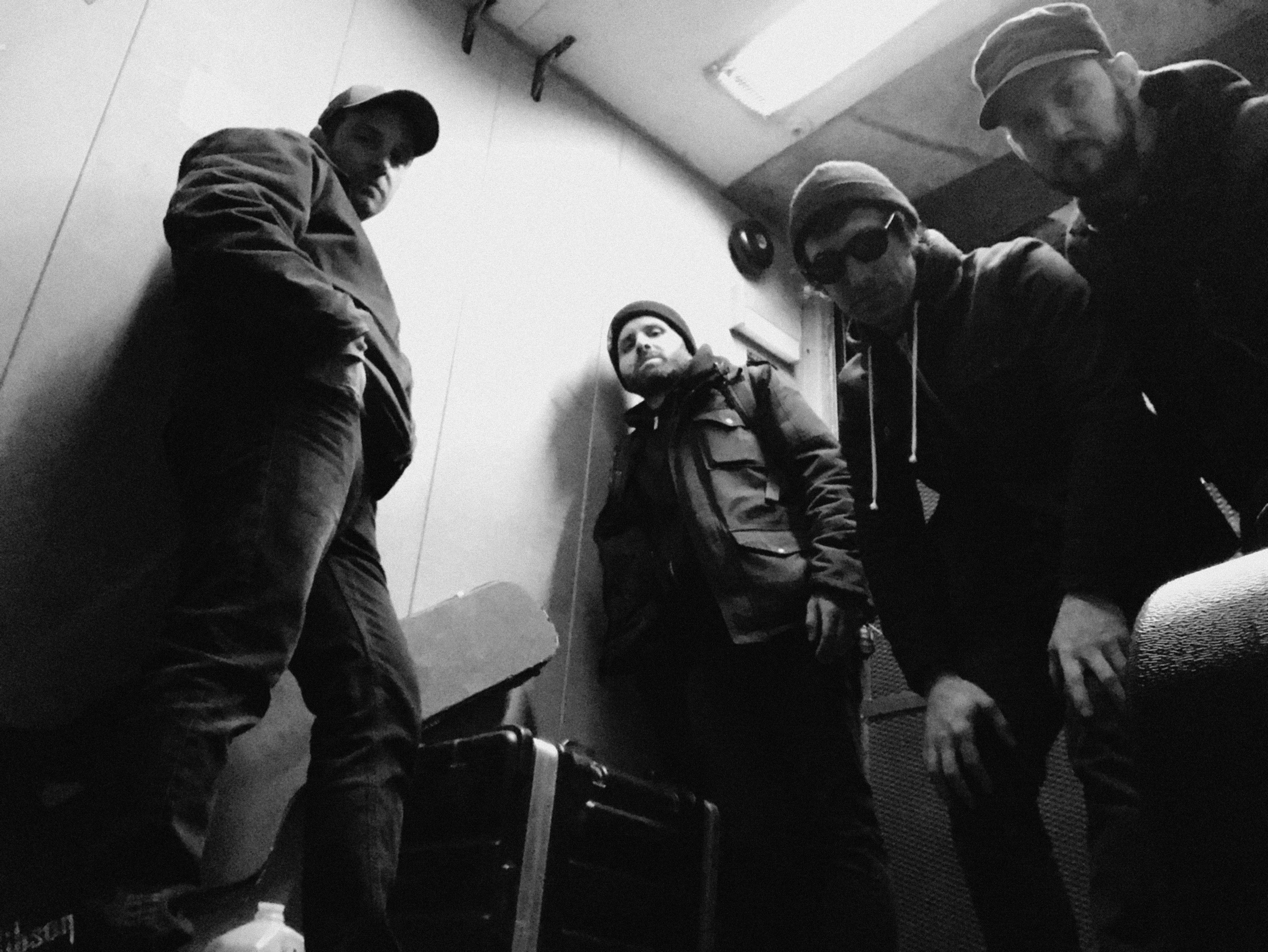 Cave In traverse the deep, scarring trenches of trauma and loss to form Final Transmission.

A quick read of the Bandcamp description of Cave In‘s latest album will catch you up on the tragic events that preface it, as well as this review. It’s the proverbial elephant in the room. Reviewing albums like this is always a trying task as you’re dealt with a weight that doesn’t exist in most music. Expectation may run high – is this the band’s last album? Is it a worthy end to their legacy, if this is in fact the end? I’m not going to entertain those thoughts here in a meaningful manner because to do so would be disrespectful to the intent behind Final Transmission: to immortalize Caleb Scofield and his final artistic contributions as part of Cave In.

The sound of Final Transmission always comes back to one word for me: raw. The tones, the mixing, the quality, it’s all raw. Obviously by design, it matches the surely still fresh injury of loss. Songs have an unfinished grit to them, as if mirroring the incompleteness felt by the band after Scofield’s passing last year. It’s like this album shows off a scabbed-over wound, not yet healed by time and surrounded by wrinkled, pink skin doing all it can to close the bloody gap of past trauma. If Scofield’s death is trauma – and it is – then Final Transmission is the catharsis. Therapy, if you will.

All throughout the record, it’s quite apparent that a lot of emotion went into this. You don’t even have to know the backstory to feel the cradling atmosphere, or note the different emotive tones hit by vocalist Stephen Brodsky. One of my favorite moments on the album is “Strange Reflection”. The instrumentation is fierce, downtuned a fair bit and aided by the imperfect finish on the track, but what really grips is the vocal melodies. Brodsky seems to channel Chris Cornell (Soundgarden) during verses, capturing what made his vocal lilt particularly captivating for a modern rock star. Guitars experience feedback and get a little washy at the end which grate on the ears a bit, showing that no beautiful thing isn’t without its opposite reaction here. It’s a dynamic that plays throughout most of the album to pretty solid effect.

There’s even a left-field insertion of straight up abrasion with “Lunar Day”, a song that feels pulled from the black box of a malfunctioning spacecraft after being derelict for years. Distortion is abundant, thoroughly foiled by high vocals that discern themselves just enough over the noise like a siren guiding you through a fog. These vocals are used to a more conventional effect on the next song, “Winter Window” which has a pacing akin to a giant’s gait in some parts. Its heft fits quite well with the rest of the songs here, even if the main riff used sounds like it could be from a Mutoid Man session (that ain’t a problem for me, I love that band).

If we’re talking pure emotion though, “Shake My Blood” kind of takes the cake there. It’s the first song the band put together after losing Scofield and you can just… tell. It’s a melodic powerhouse with a forlorn undertone you can practically taste. The sound is spacious and almost ethereal like the song is the soundtrack to a seance. Vocals don’t even kick in until halfway through leaving lots of room for the instrumentation to breathe, but Brodsky’s presence does nothing to shatter the atmosphere. It’s uncompromising and reflective in ways I didn’t necessarily expect from Cave In, even with the circumstances. It’s one of the best songs they’ve ever put out. Though, I can’t bring up ‘pure emotion’ without touching on the title track which is literally a voice memo by Scofield, playing acoustic guitar and singing with some non-lexical vocables. It was sent to the band after their final writing session together, making it, in the purest sense, the last chronologically recorded musical contribution from Caleb. It’s… effective to say the least – I feel like I can see him playing guitar on a bench in a lonely park when I hear it.

I mentioned that the songs have an unfinished quality to them. They all sound pretty good for what they are, and the band is very open in crediting their mixer Andrew Schneider with making everything sound better than they could have imagined, but some songs are definitely rougher than others. “Led to the Wolves” is easily the most demo-like song with cavernous drums and guitars quite literally hanging in the background with the vocals layered with effects and placed a bit more up front. As a result, it’s probably the heaviest damn track on the album. Compared to the other songs that seem to have a lot more polish on them, it’s up to personal taste whether this is a favorable sound – if nothing else, it ends the album by swan diving into the rawness that’s built up over the previous half-hour. It also flips expectations of perhaps ending on a slower, somber note – a predictable move less impressive bands might have made.

More than anything, Final Transmission is a testament to the closeness and bond the band shared. It’s a monument to not only their chemistry as a band, but also as friends. Part of the reason why it took Cave In so long to make new material after their last album is because they would rather meet up as pals for simple hang-out, parties, or camping trips, and that’s a beautiful thing to me. This album is the processing of grief. It’s angry, frustrated, confused, lost. It’s… delightfully human. Who knows what the future will hold for the band, but it’s evident they have made a fitting tribute to themselves and to Scofield in this album.