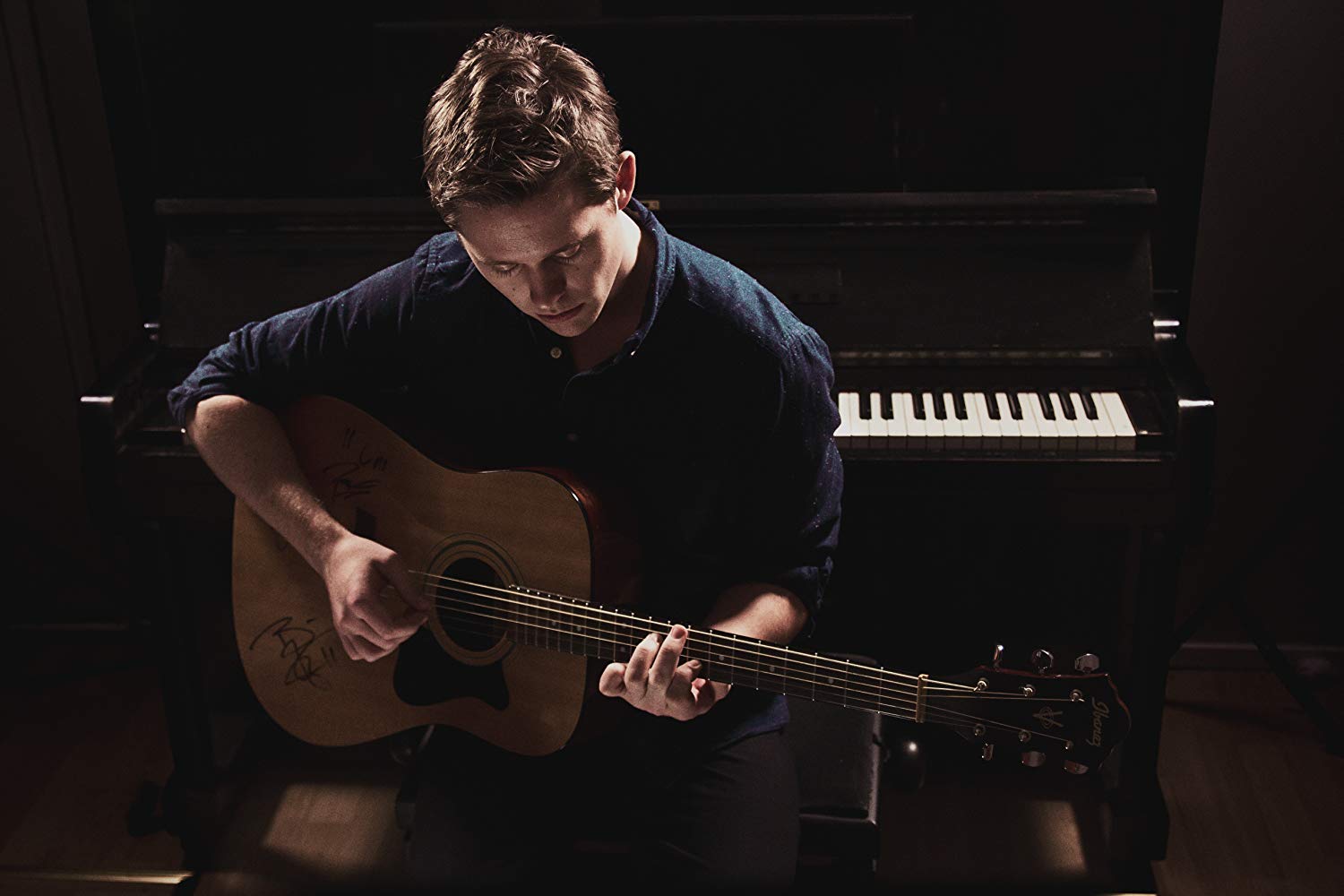 Christoffer Franzen yet again puts out a soulful and enchanting experience, which aims to soothe the listener and carry him into the heart of the northern realms.

Christoffer Franzen may be more familiar to most people as the man behind Lights & Motion, the cinematic post-rock outlet from Sweden. While as Lights & Motion we already saw six albums out and having written two film scores, Mountain is Franzen‘s third solo album. He has been releasing music for the past seven years or so and he has gained quite a fair amount of recognition and acclaim. His big break came through when his music was featured in Google’s commercial at the 2013 Oscars.

Mountain blurs the line between a very minimalist approach of modern classical composition and new age ambient. The album overall doesn’t insist on one particular influence, but rather seeks to meld together elements from each style in a way that complements the moods and the narrative lines that are being explored and detailed. As it would be obvious, there isn’t anything flashy or particularly stand-out in the traditional sense. From start to finish we are greeted with a very slowly paced, expansive sounding development of texture that changes ever so slightly up to the very end. The oscillations aren’t blatant, on the contrary, every little change and shift is quite subtle requiring a good deal of attention for a full reward.

I feel a vague narrative quality in the way the album unfolds song by song, although it is something hard to pin down, maybe it would resemble something of a trip through the mountains and across the forests. I say vague since this quality isn’t something that is well defined or even contoured in any way. It’s a mellow amorphous kind of sentience that ebbs through every pulse of the album so to say. The album isn’t monotonous though, even if three interludes can make the listener ponder this very thing. To be fair, however, “Stillness” is the most stand-out of these interludes, showcasing very space music like tonality that really adds some ethereal flavor to the mix. On the other end, the more dynamic spots go to “Young Mountain” and “Epiphany” which bring out all the sweetest strings and synths along with bright, uplifting textured swells that are akin to floods of soft light. I’d also like to mention that “Driftwood” reminded me of how Nyctalgia like to phrase their songs, a very welcome reminder too, also, “A Degree of Randomness” hearkens heavily to how Christoffer writes his Lights & Motion material, which is also a nice little mnemonic.

Emotionally the record follows the tranquil delivery of palliative moods which is a catalyst for the serenity of the northern landscapes that wish to be highlighted. Some of the song titles also send the listener into a rather evocative state of the scapes that are being detailed. The gentle and paced tempos of the songs serve as a thoughtful and spacious characteristic which maintains everything in a state of streamlined flow. This flow is also further enhanced by the ever-present background synths, which also give a diaphanous vibe alongside all the other nuances. Even though sometimes you can actually feel the specific coldness of the represented scapes there is a resounding comfort that radiates vibrantly. The album’s Bandcamp page also hosts a fairly thick preface to the album which may shed some additional nuance besides what I have already offered.

Christoffer Franzen is steadily (and prolifically) paving a beautiful portrait of varied sounds that come together as his repertoire. Mountain is merely the latest addition to this ever-growing edifice. While there isn’t a whole lot of new terrain that is being covered, we’re noticing a fair amount of refinement as time passes. One can only hope that the trajectory will tend towards progress rather than stagnation. However, until further developments, Mountain will grace us with its soothing caress.