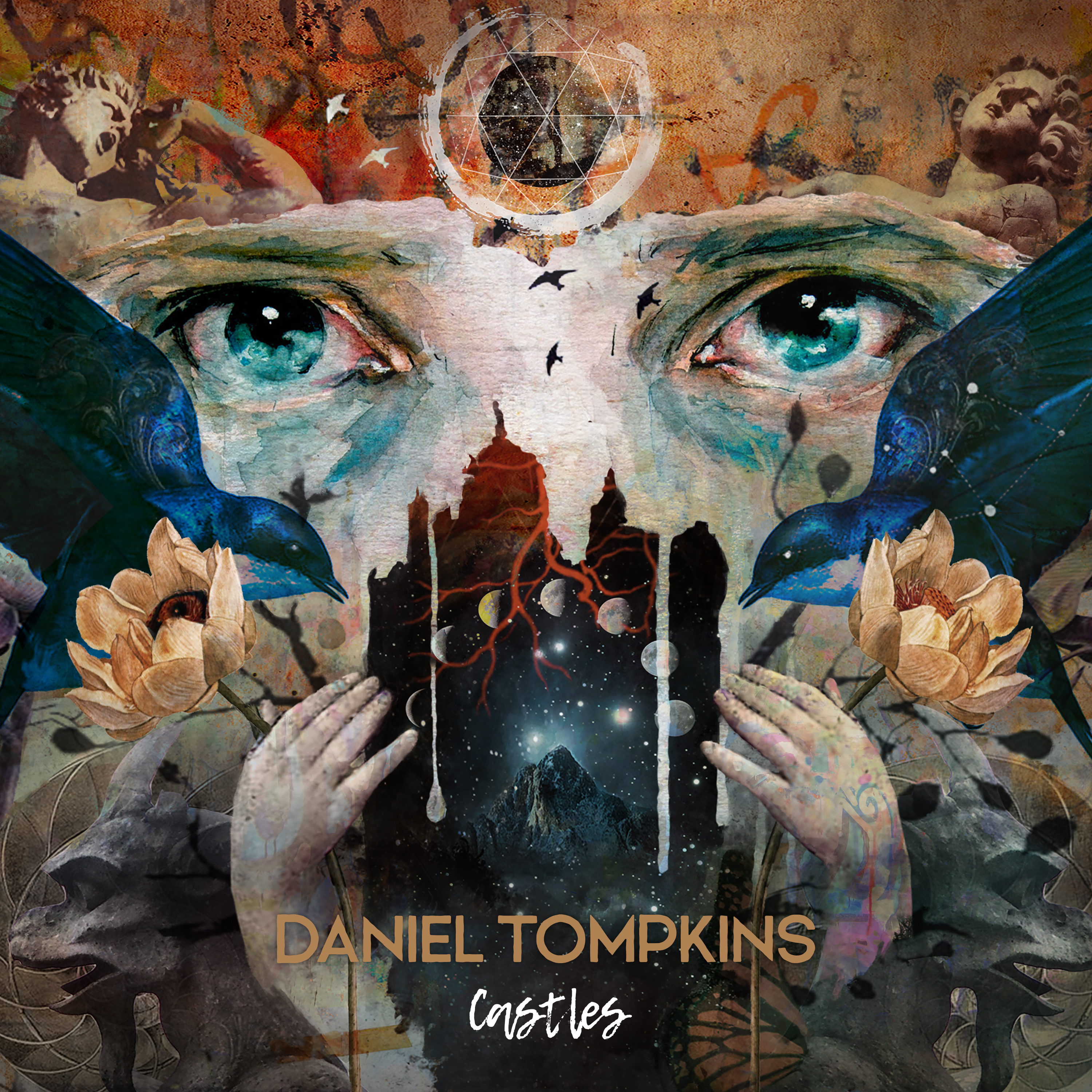 While there are certain qualities to enjoy, Castles overall is a bland release that doesn’t maximize the potential within itself.

Daniel Tompkins is a staple in the progressive metal scene. Making his mark as the frontman for the juggernauts Tesseract, he has since spread out to multiple other projects spanning multiple genres. From his work with progressive act Skyharbor to pop group White Moth Black Butterfly, Tompkins has now taken it upon himself to create his own personal project with his newest release Castles.

Right out of the gate, it is clear that this is outside of his normal repertoire. Straying far away from his progressive roots, Castles takes on a more synth-pop focused sound. Upon the first single’s release, “Saved”, I was pleasantly surprised by how it sounded. It was interesting and mostly unexpected from Tompkins. Bringing in fellow Tesseract member, guitarist Acle Kahney, the background accents helped flesh out the track. It is a soft, gentle affair, full of emotion and meaning. Tompkins‘ vocals are airy and delicate, which mesh well with the theme of the track. It was a really strong lead single that gave hope for him to be able to handle the departure from his comfort zone into this new frontier.

With “Saved”, Tompkins shows that his vocals and lyrical schemes are on par with all of his other projects. The lyrics are deep and insightful, full of meaning and intent. It was one of the most stand-out parts of the track for me. This is to be expected, coming from him. His poignant words have always been a staple of his work. What some of the other tracks lack, however, is the punch of his vocal deliverance. While I understand the importance of matching the music, sometimes his softer vocals just dull the overall sound, especially if the instrumentals themselves are lacking in energy. It left me in a state of wanting like the climax was in reach, but we just missed it.

It is with the second single, “Limitless”, that shows the cracks in the painting. The song, to put it bluntly, feels hollow. There is so little behind the track; everything is surface level. There is no punch, no substance. The lyrics have depth and emphasis, but they are let down but the backtrack and the music itself. There is a hint of that punch I was looking for near the last chorus, but with someone with the vocal range of Tompkins, it felt weak, as if he was holding back from what we know he can do. It gives a sort of ironic sense behind the song’s name to limit himself in such a way.

I can completely understand that an artist with the tenure and scope of Tompkins would want to pursue his own personal music and style; we’ve seen it plenty of times in the past with other artists. Even with his time with his other projects mentioned before, he wants to keep expanding himself musically. While Castles can be incredibly hit-or-miss, there can still be found moments of passion and power, even when they are intermingled with areas of unmemorable drab. From an inexperienced solo artist, I would probably be much more lenient with an album such as this; however, with his skill and history, it’s much more of a letdown than anything super inspiring.