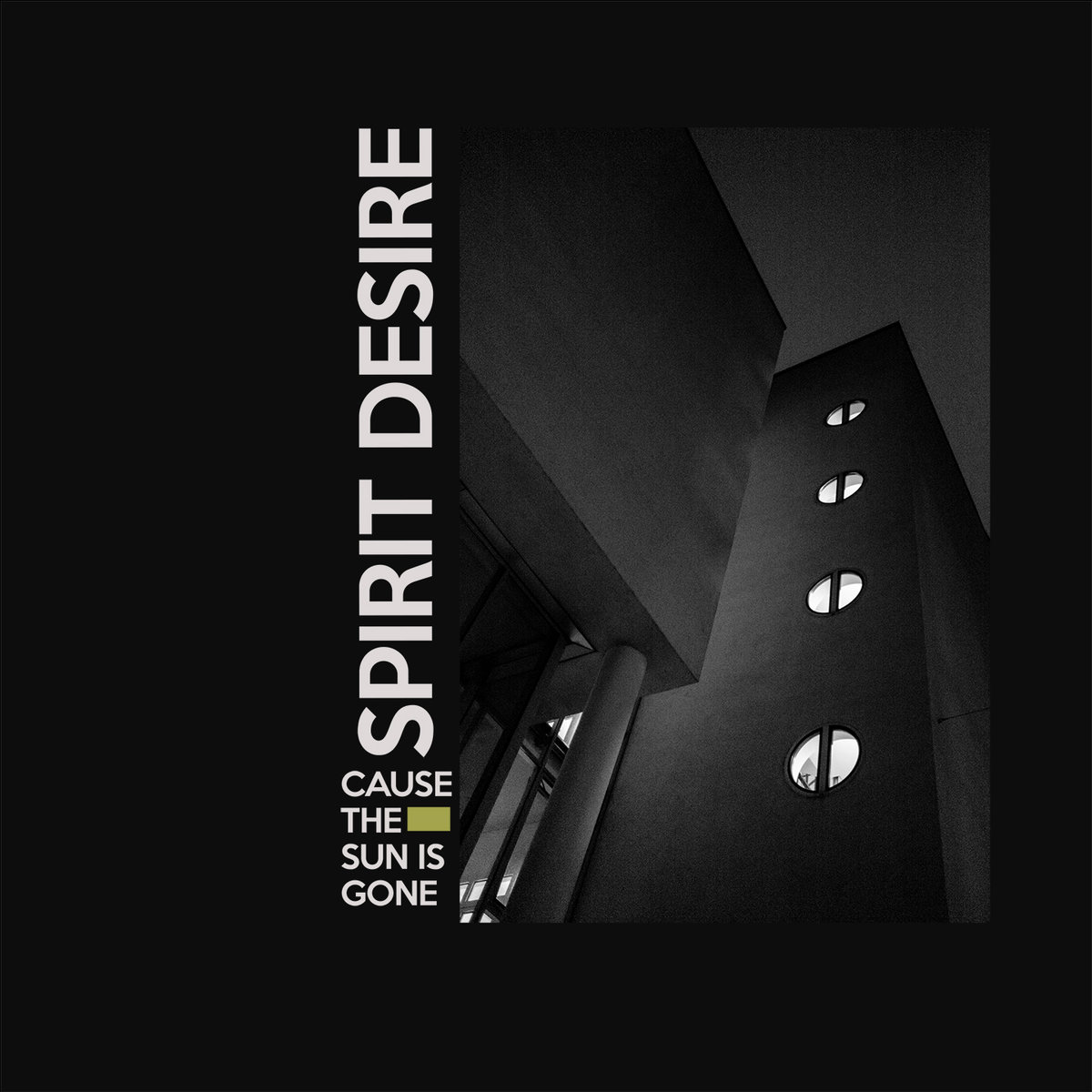 Spirit Desire – “’cause the sun is gone”

’cause the sun is gone is an enjoyable experience from start to finish. Let this album grow on you, and it can be an incredibly rewarding journey.

Alt-rockers Spirit Desire have created an interesting sound for themselves. They have taken the tried-and-true shoegaze style and mixed it with a familiar grunge style to create ’cause the sun is gone. The quirks of each of these help offset each other to create an album that is atmospheric and gritty, yet still meaningful with its intent. While it can be rough around the edge at first, those moments begin to smooth themselves out and create a product that is fun and interesting while still maintaining its core identity.

Following a pleasant intro track, the album dives straight into “nobody’s fault”, which quickly became a staple for myself to return to during each listen. This is probably the best put-together song on this entire record. It feels natural and complete, with highs and lows that set it apart from the rest of CTSIG. I absolutely love the chorus and how it collides the swooning vocals with the distorted instrumentals. It feels alive and just puts me in such a good mood, regardless of the tone of the track itself.

“we are everything” is the possibly my favorite track on the record. There are quite a few moments within that remind me of old emo songs from bands like Brand New and Jimmy Eat World. The whole tone of the song feels much brighter without actually sounding that way. It still fits within the whole of the album, but it really shines through more than any other track. The guitar accents spread throughout “we are everything” gave it an effect that really stuck with me. It helped break up a bit of the dark vibes that exude from ’cause the sun is gone without sounding out of place.

I think it is important to mention the title track, which is also the ending to the journey that is this album. While it is not my favorite song from the record, it feels like it is a good culmination of the moods that have come before it. The ‘degeneration’, as I shall call it, that comes in around halfway through is a neat touch. The issue I have with it is that it is too long and becomes so overbearing that what could have been a really interesting note to leave the listener on, it instead becomes almost a nuisance. The static deterioration could have been a centerpiece to end this album on a high note. I understand that there might be a deeper meaning behind it, but it is difficult to see through it when it is all that you can hear.

What made my opinion of the record turn around was due to my exhaustion after a long day at work. I sat down, ready to give my then-honest opinion about how I felt the album was. It was during this time and my mental state that I really found an appreciation towards it. I noticed more of the nuanced moments throughout it. The vocals and instrumentals stood out to me more. It became the record that I had hoped it would be. As I said before, there were some very interesting moments throughout, yet they never stood out to me as much as that night. I sat there and listened to the album front to back quite a few times, almost upset at myself for thinking that this album was less than alluring.

I went into this review being very cautious and iffy about this record. It was during this time of trying to explain why I was so impartial to it that I realized just how good this album is. It is not perfect by any means, but there is so much individuality within ’cause the sun is gone. There is a uniqueness to it that is hard to define, but noticeable with further listens. If you give this record a solid chance, it has every potential to wow you as it has me.