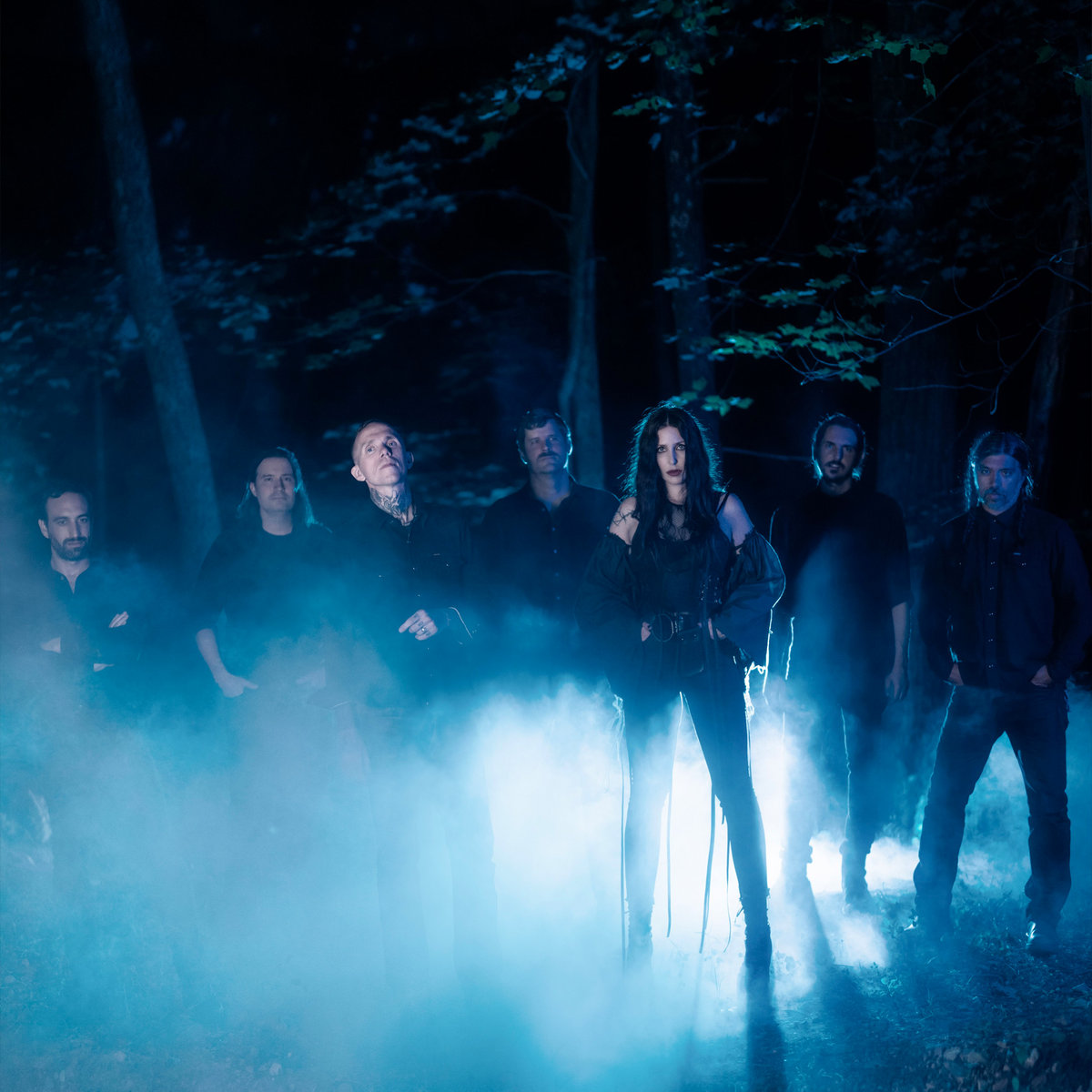 Bloodmoon: I is as magical and enthralling as you’d expect a collaboration to be from the highly esteemed musical legends in their respective genres, Converge and Chelsea Wolfe.

We were blessed with Cult of Luna’s collaboration with Julie Christmas in the form of post-metal masterpiece, Mariner (chef’s kiss). Then we were lucky yet again when Emma Ruth Rundle worked with Thou on the sludgy May Our Chambers Be Full. To close out the trifecta of post-related collab albums, we have legendary artists, Converge and Chelsea Wolfe, joining forces here on Bloodmoon: I. Let me tell you, this collaboration is an absolute match made in heaven and words cannot describe how fortunate we are to have this be reality.

The fact that this is a Converge-related effort tells you all that you need to know about the inherent quality of Bloodmoon: I. With that in mind, add several hefty spoonful’s worth of Chelsea Wolfe‘s style thrown into the mix and we have this bewitching, utterly gloomy amalgam of pure beauty and melancholy. The record is so rich with soft musical textures yet it’s so achingly morose and sinister. Bloodmoon: I is the musical marriage between the sheer ferocity and the ominous, gothic atmospheres that these artists are each known for respectively. This album is a culmination of everything they’ve each done up until now, and it is the album that they were destined to make, that I truly believe.

For those who’ve been struggling to get into Converge and Jacob Bannon’s music in general, I can assure you that this is the album that will make things finally click. You get the full range of Bannon’s work here, from the unapologetic savagery that we know and love from Converge to the bluesy, Pink Floyd-esque vibes heard in Wear Your Wounds. I really shouldn’t be focusing on just Converge, as Chelsea Wolfe and Stephen Brodsky are as much a living, breathing part of this project as the metallic hardcore legends are. Wolfe’s performance here also spans that of her entire career thus far, from doomy walls of sound and desperate, piercing screams to her soft whispers and moving sung vocals. Everything we love about Wolfe is all found right here on Bloodmoon: I.

The opening track, “Blood Moon”, is the perfect choice for a single, as it perfectly encapsulates everything that Bloodmoon: I is all about. Although it is a slower paced song (don’t worry, the whole album isn’t like this), it allows for the accumulation of tension as Bannon and Wolfe alternate between one another with their soft vocals, but as the track progresses, the duet turns into an exchange of feral shrieks during the explosion of released musical tension. The string accompaniments takes this spine-chilling moment and elevates it even further to make it all the more enchanting than it already is.

Based on the singles, I am sure plenty of hardcore Converge fans are apprehensive about this release as they just want to hear “Concubine” levels of heavy and I don’t fault them for that. There are moments in which the intensity meanders its way up there (see “Viscera of Men”, “Tongues Playing Dead”, and “Lord of Liars”), but it mainly comes in brief, tasteful bouts of belligerence. I find those absolutely filthy moments consisting of Bannon’s iconic harsh vocals and Kurt Ballou’s equally iconic, ballistic riffs to be so much more effective when they are used somewhat sparingly in the form of heavily dynamic tracks as heard on this record. I’d rather have that than just a few minutes of non-stop mayhem. “Lord of Liars” is a track that perfectly exemplifies this, with dizzying instrumentation that isn’t too much for listeners but just right, especially with Wolfe’s somber vocals providing the guiding melody.

I find Converge at their best when they dial it back a notch and build these monumental climaxes, as heard on “Jane Doe”, “Wretched World”, and “Eve” from previous efforts. Bloodmoon: I has plenty of those emotional explosions, as heard on “Blood Moon”, “Viscera of Men”, and “Crimson Stone” for example; although I do wish there was even more of that. Wolfe’s influence definitely bled into the composition of these songs and it really brought out something special from Converge that we don’t get to hear very often in their traditional albums. One small qualm with this record that I have is that the penultimate track, “Crimson Stone”, feels much more apt to close out the record as opposed to “Blood Dawn”. There is just something special about the painfully gorgeous, brooding nature of this track that creates a deep feeling of finality. If you weren’t paying attention to the tracklist as you listened through, you’d definitely think “Crimson Stone” was the closing track based on the music alone.

No track is like another on Bloodmoon: I, and that fact alone is undeniably refreshing as the best albums are always the ones with plenty of variety. This truly is a proper collaboration as it shows Converge and Chelsea Wolfe each doing what they do best, but also stepping out of their comfort zones to create something we have yet to hear before from these artists. Each respective style is so inimitable and enigmatic and they come together masterfully to create something even more hopelessly hopeless than they each could’ve done on their own. With that being said, I cannot deny that this is their most accessible and ambitious album to date and I want to make it clear that this accessibility doesn’t mean there is a drop in the quality of the music whatsoever and that remains true here on Bloodmoon: I.