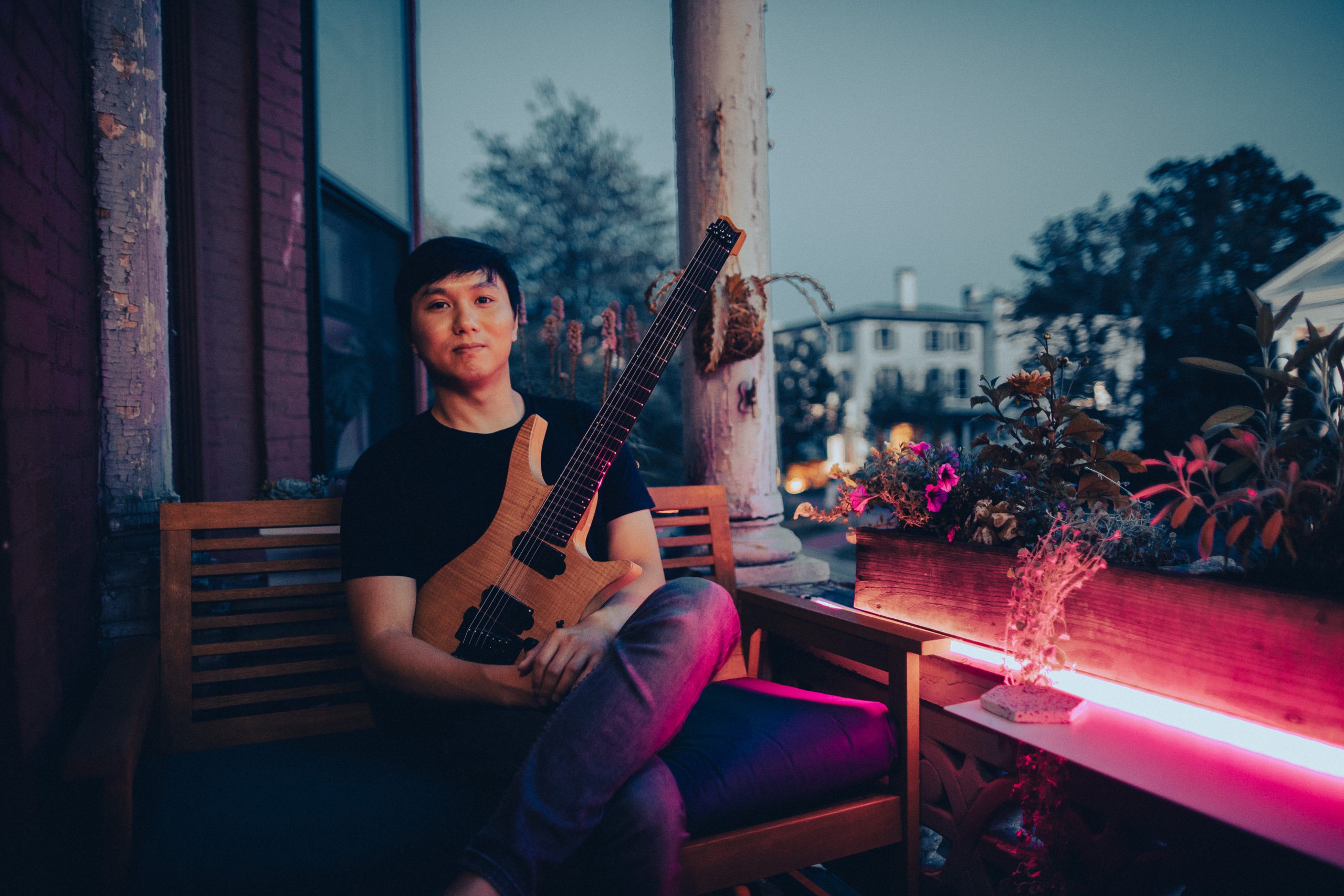 By Landon TurlockNovember 15, 2021 No Comments

If you haven’t heard of Poh Hock, you may have at least heard him. The guitarist and composer joined the short-lived-but-excellent prog metal act Native Construct after the release of their debut, Quiet World, and is also the lead guitarist of Replacire, a technical metal band signed to Season of Mist. The diverse sounds of these two bands are a testament to Hock’s versatility, but what made him our Weekly Featured Artist is his impressive solo work. With similarities to Animals as Leaders, Dream Theater, and Between the Buried and Me, his technical and theatrical instrumental music will appeal to fans of the modern instrumental metal movement.

Hock’s journey into his two bands began at the Berklee College of Music, where Poh Hock attended after moving from Kuala Lumpur, Malaysia: ‘Berklee is a melting pot of musical talents from all over the world. I am originally from Malaysia and only moved to Boston in 2011 to go to Berklee. I met all the guys from Native Construct and Replacire in school.‘

While being drawn to the approaches of both bands, each presented varying creative processes and lessons to learn:

‘The writing process for both bands is incredibly different. Eric Alper, the band leader of Replacire, loves to collaborate when we write. So, we are always in the same room brainstorming ideas. Replacire is also very rooted in metal, so we try not to stray too far from that, whereas with Native Construct, Myles Yang, the brainchild of the band, he likes to present full ideas.‘

With so many opportunities to create music in bands, Poh Hock still found a desire to create an instrumental project that debuted in 2019 with the release of the EP ĀTMA. The sonically impressive release was mixed and mastered by Jamie King, famous for his work with bands like Between the Buried and Me, as well as Hock’s previous act, Native Construct. Hock explains:

‘Initially, I was writing for my earlier bands when I was still in school, but none of it ever really came to fruition due to everyone’s busy schedules, as well as differing levels of commitment to the project. This led me to writing music for my own self without any commitment to another bandmate, allowing me to experiment with all sorts of sounds, blending of genres, etc. A lot of it failed, but it is extremely liberating for me to be able to experiment.‘

Hock draws inspiration from a mission to create music that he wants to listen to. While much of his music thus far is instrumental, a recent collaboration with Johari, “Monster”, displays Hock’s ability to compose with vocals in mind. Hock explains how the collaboration came to be:

‘I’ve been acquainted with Gabriel, the guitarist from Johari, for a while now. I did a guest solo on his solo record a while back, and when Gabriel joined Johari, he asked me if I wanted to write a song with Johari. Gabriel and I worked on the instrumentals for the song, and I wrote really rough melodies for the vocals. However, Connor, the singer, took charge and wrote all the lyrics as well as the melodies… I spent more time thinking about how vocals would fit over a certain section, if the guitars would be in the way of the vocals.’

This experiment worked well, and Hock has identified writing more of his solo material with vocals in mind. However, that is not the only part of Hock’s compositional process:

‘Typically, I come up with a strong idea that I could play off of. Creating a theme to expand a song on is generally the way I write as it keeps a song more cohesive, in my opinion. It is still a learning process for me. Some songs took a week to write and others more than a year. I also like to use references. I analyze songs that I enjoy listening to and try to figure out what makes them work.‘

With a promising EP and visions for new music, what comes next for Poh Hock? ‘I would love to tour with my solo project. I think that would be an amazing goal to reach towards. But as of right now, I plan on writing music that I think would be cool to listen to and keep releasing records!‘