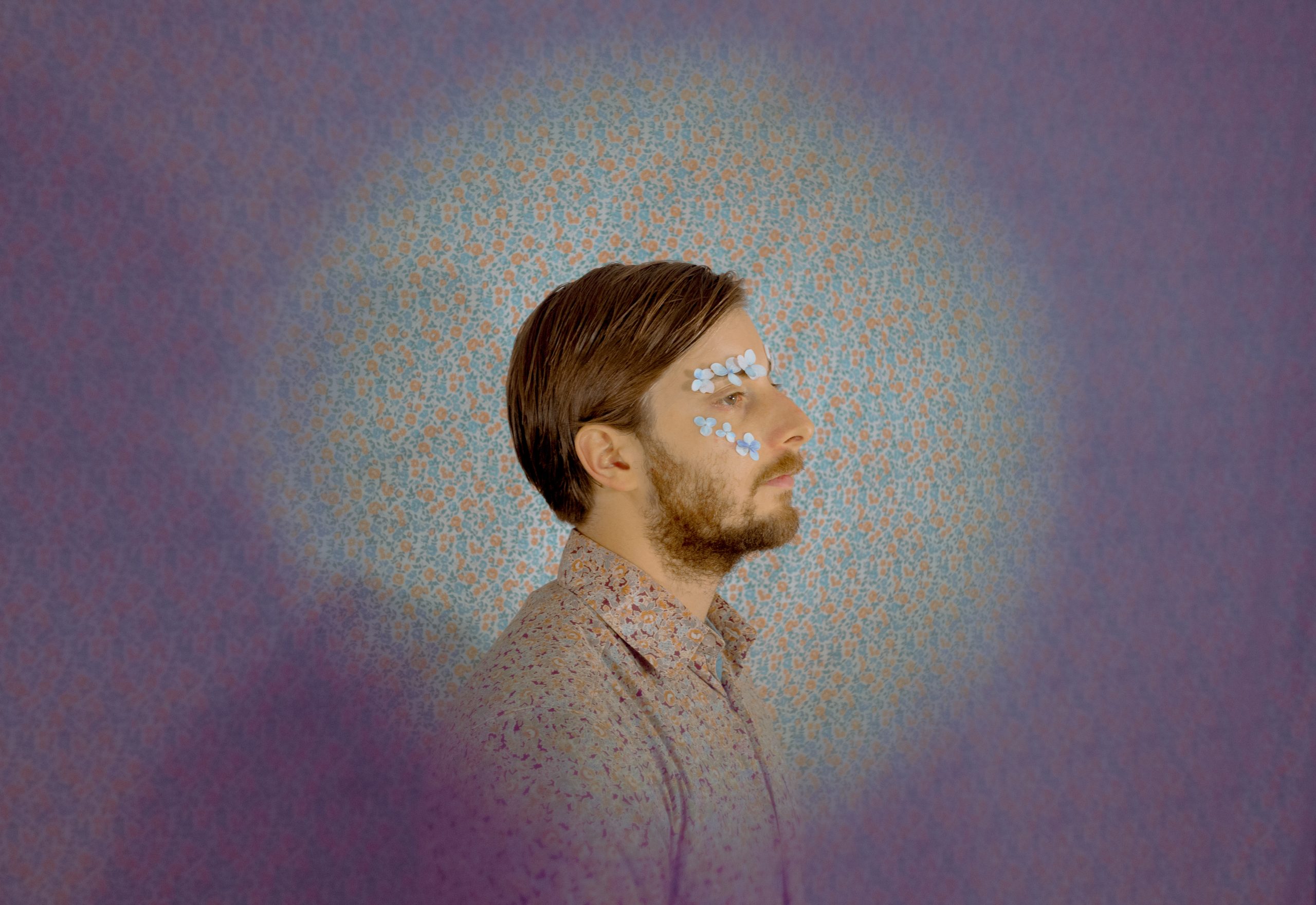 By Shaun MilliganNovember 14, 2021 No Comments

Glenn Echo manifests an atmospheric half hour of contemplative composition, as the alt-folk indie project leads us through colourful musical terrain that is truly a pleasure to explore.

The concept of synesthesia has always fascinated me – the association and perception of colour outside of usual circumstances. More specifically, chromesthesia (a form of synesthesia stimulated by sound) regularly piques my interest; the music I consume often seems to provoke some form of colour-oriented ambience and association within me – beyond generalised, stylistic labels such as black metal and blues, that is.

Well, Glenn Echo (the project of songwriter Matt Gaydar, along with contributions from several other talented individuals) provides one such vehicle for multi-coloured meandering in the form of new album Fixed Memory. It’s a relatively brief but nonetheless enticing experience, offering sonic nourishment in the vein of Feist, Big Thief, and that reaffirming glow so often associated with the fingerpicked guitar of José González, among others.

Fixed Memory is the first full-length outing from Glenn Echo for some time – 2016, to be precise – though we’ve been given morsels of sound in the time that’s elapsed since. Gaydar even kept himself occupied with an enjoyable set of covers commissioned by those close to him (comprising songs by Vulfpeck, Foo Fighters, and even Harry Styles, all reshaped and revitalised with his pleasant palette of sound).

Much like chromesthesia, Fixed Memory offers an entwining of colour and sound – in this case, alluring indie folk – that is wonderful to behold: with its intimate, subtle tones, it’s like eavesdropping on the nuanced hues of a rainbow, and I love it. Furthermore, akin to the vibrant, naturally occurring weather phenomenon, specific conditions allow its truest beauty to be revealed – that is, time and undivided attention.

Now, the colours and shades evoked on Fixed Memory are (from my view) presented in an order dissimilar to the ‘traditional’ spectrum we are acquainted with – a prospect I find refreshing. Moreover, the record never lacks cohesion, with fragmented passages of ambient audio weaving Gaydar’s more traditional songwriting together. I’m not normally one for interlude tracks, but each of these short snippets still takes on its own charm and persona in carrying our colourful journey onward.

We find ourselves “Rising Wide-Eyed” through the verdant vibes of a relaxed opener that sits comfortably among my favourite ever starts to a record. Its unhurried delivery soothes us into the warming, acoustic tones and textures delivered by Glenn Echo from start to finish across the album – flourished with birdsong and close vocal harmonies that blossom on numerous tracks to perfectly accompany the laid-back instrumentation. It brought to mind Ben Seretan‘s excellent Cicada Waves from earlier this year, which is in no way a bad thing.

That said, Fixed Memory is not without its bolder, impassioned moments. Percussion combines wonderfully with strings on single “Overwhelm”, while “Moon Seems Lost” and “Drink Up This Fire” (complete with a hazy slide solo that inhabits its croons) embody the amorous heart of a record brimming with thematic tints of intimacy, nature, and connection seemingly at its core.

The presence of sapphire shades may seem more readily apparent through the wintry hooks of “snowing.” and the peaceful “Blue”. However, even this cooler side of the spectrum envelopes with comfort, inviting you to curl up before transitioning to the late dusky, violet melodies of “Circles” and wistful indigo instrumentals of “How Much Blood”, its modest tremolo and harmonious layering drawing the record to a beautiful slumber.

Although we’re presented with a myriad of kaleidoscopic characteristics, the golden warmth of Fixed Memory is very much at its helm, ensuring that you’re left feeling brighter as a result of listening to it; Glenn Echo capitalises on this simmering charm with the aid of an endearing mix that seeps like summer sun beneath your skin. This is particularly heightened on the Latin stylings of “Hearth”, with its electronic touches, as well as the lilting melodies and softly cascading energy of “Circles”.

Something I find particularly commendable is the fact that you’re unable to tell which tracks, from the dozen present, were created first. Such is the craftsmanship and attention to detail orchestrated within the textures and dynamics of each song that the record as a whole is filled with a fresh, lambent vibrancy. Every track emanates life as if taking its first breath, despite the reality that some songs here began life in excess of two years ago.

At a fraction under half an hour, Fixed Memory provides the concise opportunity to form exactly that. It’s an indie folk excursion that will reside happily within heart, mind, and soul – steadfast in both its sincerity and replayability. This is thanks, in no small part, to the surprising depth contained within its colourful brevity, and the unsurprising reminder of the musical magic Glenn Echo conjures.