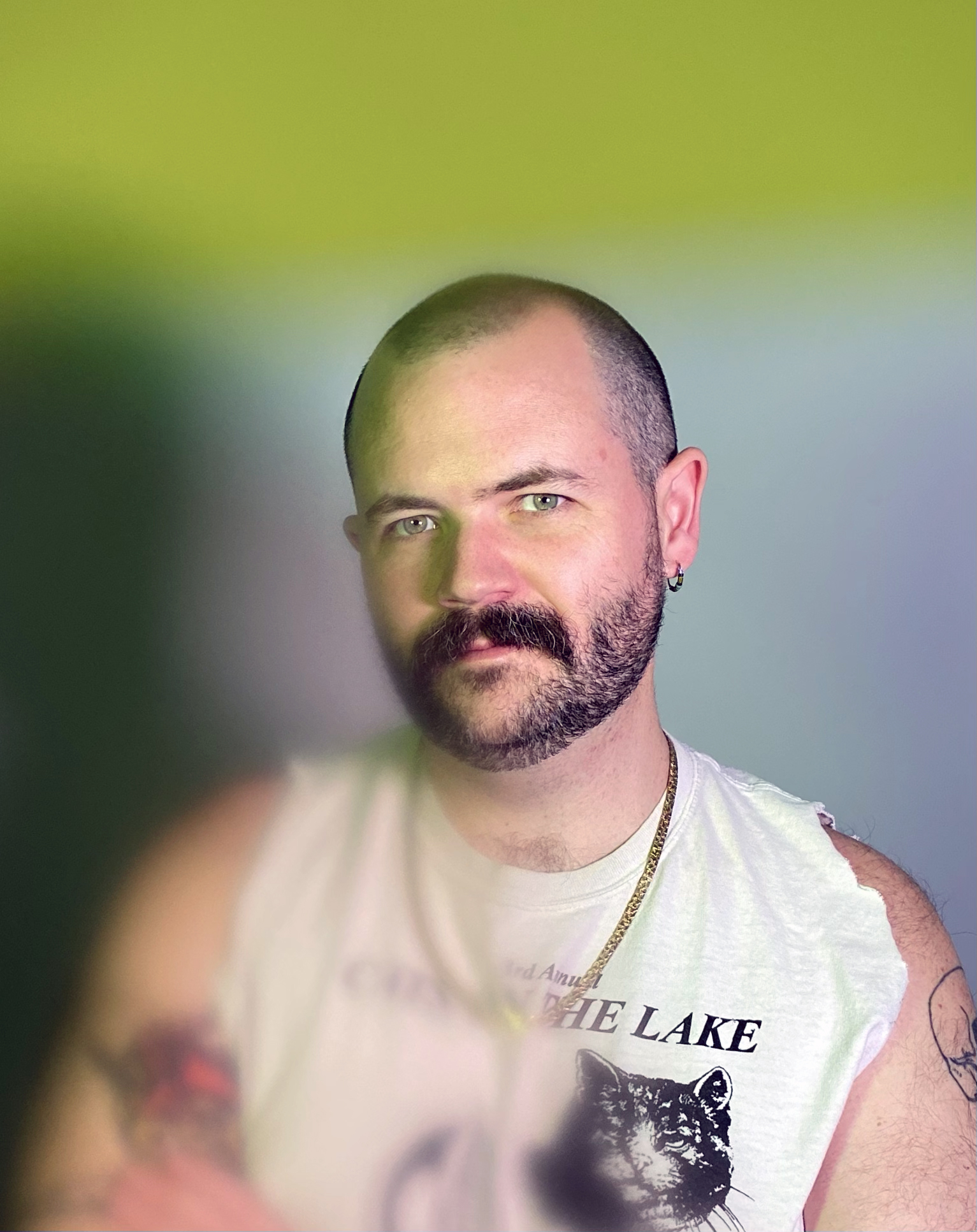 Ben Seretan makes musical waves once again… Cicada Waves, to be precise. His latest venture offers an auditory escape that captivates with beguiling simplicity while instilling a profoundly irresistible sense of relaxation.

I have eagerly awaited new music from Ben Seretan since reviewing last year’s magnificent Youth Pastoral. It was a foray into an artist I had been so disastrously unaware of until that point. The record showcased an endearing amalgamation of everything I sought from music at a time when the world was busy going to hell in something considerably less pleasant than a handbasket.

However, whereas Youth Pastoral teemed with the themes of faith and companionship, new outing Cicada Waves is conversely devoid of such stampings; that’s not a criticism by any stretch. I adored Youth Pastoral (and still enjoy listening to it), but this is a far departure from his previous effort. Gone are the vocals, musical ensembles, and whimsical coastal vibes that spoke of struggles with his personal beliefs. Instead, we are transported to the middle of nowhere, isolated completely from all humanity and enveloped only by the consistently welcoming embrace of nature and the unplanned outpourings of Seretan’s piano playing.

Recorded during a two week residency at the secluded Hambidge Center in Georgia, US, Seretan’s single instrumental companion of choice was an antique Steinway. He was embarking to fulfill a musical ambition to ‘finally make the piano recordings he had always wanted to make: pristine, clean, ringing, indeterminate‘. What Seretan soon discovered was that his surroundings seemed destined to ingrain themselves into the fabric of his project. He explains: ‘It was clear the moment I hit ‘record’ that any sound I captured from the piano would always carry some other sound with it. There would be no silence whatsoever. So I gave in—I threw open the windows and let the world in.’

Thank heavens he did.

There’s a sense of serenity here that is intoxicating from the off. Structurally simplistic, the wholly instrumental album incites an abundant calm that softly stirs into consciousness with the opening moments of “Cicada Waves 1”. Numbered due to their recurring presence (they are immortalised in the album’s title, after all), these ambient, hypnotic waves lead us gently through the first leg of a meandering, cathartic experience that appears set to take us both somewhere and nowhere at the same time.

Full-bodied and rich in harmonic voicings, the scuttling note runs found on the likes of “Cicada Waves 2” occupy the spaces between lingering chords that seem to dissipate only after an eternity has elapsed. There is no busyness here – not intentional, anyway, but more on that shortly. Rather, we are forced, through the enchanting, organic nature of the record’s dynamics and textures, to be present. Not like those mindfulness apps that are always popping up on YouTube ads. No, this is true escapism, an immersion deeply set within the creation process of the album itself – and testament to the powerful potential of solitude.

Relying exclusively on the piano as a means of instrumentation over which he possesses any possible sense of control (doing so masterfully), Seretan’s playing is full of character and overpowering warmth. Supplementing his playing is all manner of wildlife, weather, and whimsy, culminating in what can only be described as a soundscape comprising elements of land, sea, and sky in some form or another. They are a complement and never a distraction.

As underwhelming an analogy as it may be, it’s almost reminiscent of the days I spent playing Minecraft – sauntering around a procedurally generated environment with the difficulty set to ‘Peaceful’. The similarity is striking, now that I sit here and write about it as “3pm Rainstorm” serenades me for what must be the dozenth time. Both experiences offer journeys of expansive scope, unforetold and undetermined.

“Rain and Cicadas”, along with its wistful successor “11pm Sudden Thunderstorm”, possibly come closest in capturing the core essence of this album. Not because the rest is inferior in any capacity – it’s really best experienced as a complete entity – but rather they are particularly characteristic of a sentiment shared by Seretan on the album’s Bandcamp page: ‘Cicada Waves, then, is the sound of allowance. It’s the sound of room being made, of guards being dropped, of adaptation. It’s more often than not the sound of a piano *not* being played. It’s the sound of wings or wind or water doing what they will.’

While Ben Seretan’s name was enough to gain my commitment in reviewing Cicada Waves, “Fog Rolls Out Rabun Gap” was the track that pulled me in and sealed the deal. I had little inkling as to just how beautifully it would precede the rest of the album. The playfulness of the melody and rhythm – resting, breathing, as it does throughout Cicada Waves’ entirety – is supported wonderfully by the unforeseen accompaniment of birdsong. It’s an inclusion that you don’t even fully appreciate until hearing it in context of the record as a whole, appearing solely on this track like a glorious finishing touch.

Cicada Waves’ greatest charm lies in just how untouched it is by the meddling fingers of man, and how clearly such purity of product is conveyed in the resulting record, as Seretan states: ‘These recordings are shared with as little artifice as possible; there are no edits or comped parts, no mixing, no second takes. The album is, more or less, simply and exactly the sounds that happened in the world at that moment, as chaotic and full of sound as they ought to be.’

Once again, Ben Seretan has crafted an enthralling record that delivered exactly what I needed, when I needed it. Cicada Waves combines sounds both natural and man-made into an improvisational, voiceless, pianistic venture offering an immediate tranquility that is difficult to do justice to in words. I know that sentiment gets thrown around a lot, but if there’s an album that more readily epitomises the utter hospitality and revitalising totality of the peace I feel when listening to this, I have yet to encounter it. That’s really what sets Cicada Waves apart: it’s not a record that simply entertains you, but enriches.