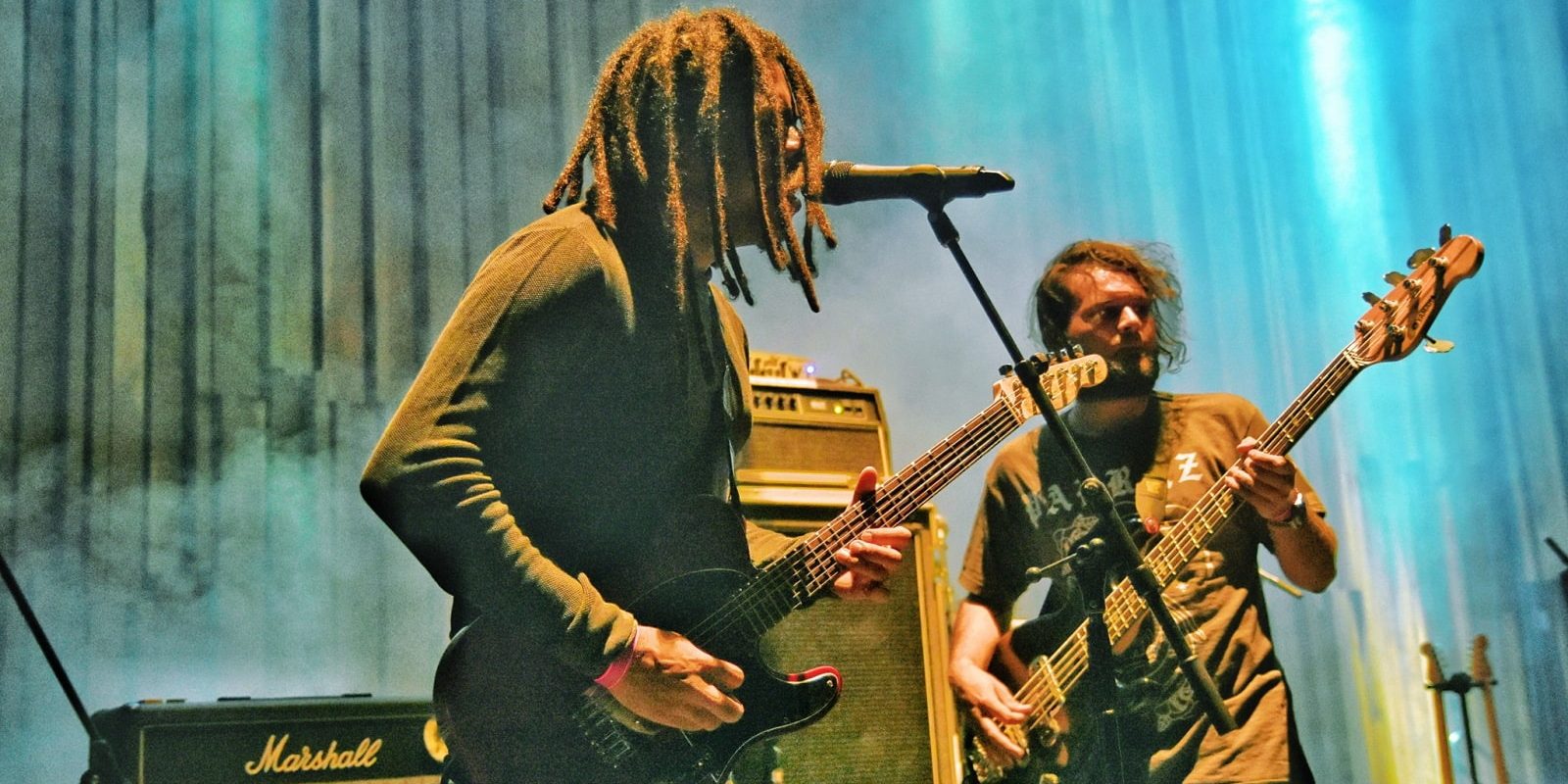 By Tyler KollinokMay 1, 2021 No Comments

Want to indulge in more skramz? Look no further than Estado de Imago, the massive new record from Colombia’s Vientre.

Before I started writing for Everything Is Noise, I had never heard the term ‘skramz’. The common term, screamo, had been overtaken by either Warped Tour metalcore and post-hardcore bands or people unfamiliar with heavier music that referred to everything as screamo (or ‘the devil’s music‘, but that’s an entirely different conversation). Fortunately, having learned that skramz helps to distinguish artists in the surprisingly expansive subgenre, I now have an easier identifier for the music I’m actually looking for. Now I’m playing catch-up with all the spectacular bands I’ve missed out on because of my ignorance.

One of those bands that I’m happy to add to my library is Colombia’s Vientre. The relentless energy and passion the band displays manages to leave behind a memorable experience that captures the essence of proper screamo. The newest effort from Vientre, Estado de Imago, was my introduction to the group, but it competently made me a fan from the very beginning. Estado de Imago is exactly what I was looking for in regards to skramz, and I believe it should be required listening for any fan of the genre.

Typically, when I review records, I tend to point out songs that stand out the most to me. In this case, I must admit that I don’t think I listened to a single track out of context. Each time I put on Estado de Imago, I ended up taking a ride through the entirety of the album. Don’t get me wrong, there are certainly moments on this album that strike a chord with me emotionally, but it’s so much more effective as a full unit. I might also equate that to the fact that the music is in a language I don’t speak (I apologize – I’m trying to learn Spanish on my own without much success), so I simply enjoy the entire record rather than focusing on separate tracks. The dynamic shifts between songs keep the adventure intoxicating and fresh, without straying too far from familiar territory.

Musically, Vientre really knows how to make songs that draw you in. Despite being grouped in with a more ‘extreme‘ genre, the songs aren’t necessarily heavy (at least not in the more common sense of the word) and don’t rely on distorted guitars to bring the aggression. Instead, the melodic guitars and intricate drums paint a brighter spiritual picture that can evoke an intense emotional weight while also feeling light as a feather. The vocals add tremendously to this approach, especially with the mixture of harsh and clean delivery. One moment, the shrieks can make you feel overwhelming anguish, and the next you’re struck with an alluring refrain that comforts you into a false sense of comfort. The juxtaposition between vocal styles really brings home the emotional side often heard in much of skramz.

Due to the age of the internet, my attention span has shortened astronomically. If my musical needs aren’t immediately met, I simply move on to something else. Why do I bring this up? Because it’s important to note that Estado de Imago has captured my full attention on multiple listens. Sure, the album is only 32 minutes long, but normally, I’d only make it through a few tracks before wanting to change to something entirely different. During each spin, Vientre captures my curiosity from the first chord of “Rsgnd” all the way to the climatic and harrowing conclusion of “Zaga: Luna Roja”. Art is a spectrum that may not impact everyone the same way, but it’s important to note just how tightly Estado de Imago grabbed me.

Do yourself a favor and add Vientre to your list of bands to watch for and check out. Estado de Imago is hands down one of the best skramz records I’ve had the pleasure of encountering in recent memory, and if you ask me, it has the caliber to propel the band into a level of recognition that they haven’t received quite yet. It is a monstrously emotional record that stands out from the crowd and deserves any and all praise it receives. Now, I can only hope to sustain my trend of finding fantastic skramz bands that continue to amaze me with their songwriting talents and abilities.