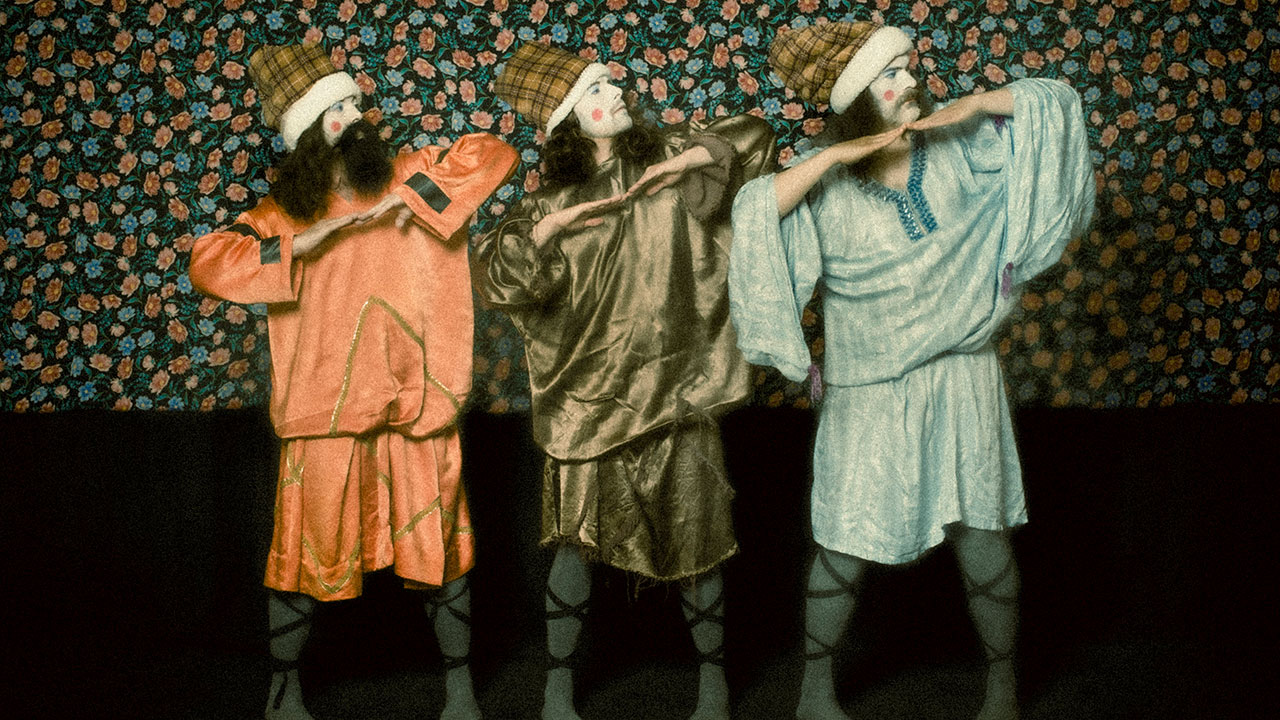 By David RodriguezMay 2, 2021 No Comments

Some say it’s boring to always succeed at what you do, but I don’t think Motorpsycho believe in that as they keep knocking it out of the park and to the moon with their music. Kingdom of Oblivion is yet another prog rock masterpiece.

Less than a year – like, way less – from the release of their dazzling last album The All Is One, I am now beset with a new Motorpsycho album. How do I feel about it?

This is the kind of album I stay up for, just to listen to it the moment of release. 10:00 PM on April 15, Norwegian prog rock was my fourth meal, and I entered the halls of the Kingdom of Oblivion for the first time and, unlike most late-night meals you could have, this doesn’t come with the promise of heartburn. Honestly, I didn’t quite know what to expect – maybe a psychedelic opus a lot like The All Is One, just different? Perhaps some noodly prog to mix things up? Neither were the reality, really. Though there’s a touch psychedelia, it doesn’t lather it on like their previous work, and in my experience, Motorpsycho were always better and more deliberate writers than flashy, noodly prog demands.

There’s a lot more tender moments here, riding on the grounded employment of acoustic guitars and calm atmosphere than hugely epic installations of prog wonder. That doesn’t make the experience any less dazzling, though. Across 70 minutes, it’s hard to believe that this album – far, far from a throwaway or hastily thrown-together quarantine album – was formed and released just eight months from their last one, an even longer and arguably more involved prog masterwork. Kingdom of Oblivion may be more seated, but it’s still impressive and commanding in presence.

The trio spend ample time channeling prog of old as they’ve been known to do. You can hear the age on some of the guitars like the solo in “At Empire’s End”, always less panderingly nostalgic than other bands are willing to go. Some songs really lean into the classical loudness and power, never venturing into metal territory, but always booming with enough weight and speed to get the blood flowing and the wheels of adventure spinning in your head. In this regard, fans’ll be right at home, especially if they came in way late in the band’s career like I did.

I, very patiently, abstained from checking out the lead single, “The Waning, Pt. 1”, until the full release of Kingdom of Oblivion (please applaud). Waiting proved to be fruitful because not only did I have my curiosity satisfied with the opening track, I got to experience the immense rock strength embedded within the song and its attached sibling. Driving guitar leads, slowly galloped rhythms, rumbly bass, and splashy drums all meld to form a stellar opening to what is now my favorite prog album of the year, much like The All Is One was for me last year.

What really captivates though is the lovely folk slant a lot of these songs have. Around half of this album is imbued with a downright beauty that prog can rarely channel with amps set to 11 and time-breaking drums. “Lady May” for instance is a delight, allowing them to really flex that folk muscle, though it still is very clearly classic rock/prog influenced, sounding like a damn Simon & Garfunkel song. YES fans, you’ll wanna check out “The Hunt”, as the vocals smack of Jon Anderson with quirky accoutrements adding neat textures. “The Watcher” is a somber take on the Hawkwind classic that featured Lemmy Kilmister with a foggy, quiet façade; low lyrics, pretty much only the bass is immediately audible, and some synth/noise walls bookending the track on either end. It’s fascinating, but definitely the most understated and, to me, disposable of the songs on here.

What isn’t disposable though? Pretty much everything else. “The Transmutation of Cosmoctopus Lurker” has that Black Sabbath-esque doom feel to it. The longest track on here at just under 11 minutes, the descending bassline and steely riffs really call back to proto-metal’s earliest days like Sabbath‘s “Hand of Doom”, or even some other classics like Cream‘s “Sunshine Of Your Love” and Jethro Tull‘s “Aqualung”. In my admittedly limited time with them, I haven’t seen Motorpsycho go too much in this dark direction, but I like it. We also get other barnburners like “The United Debased” which is fiery and fun, a real rock romp with soaring vocals and some timely lyrics (one quick highlight being ‘dreaming of freedom, but living afraid‘). This literally could be on classic rock radio stations right now and no one would bat an eye except for the fact that it’s nine minutes long, but screw it, I heard “Free Bird” uncut on the radio all the time – they’ll survive.

No need for comparisons though – entering Kingdom of Oblivion (damn, I forgot to talk about the title track; it’s great as well) with a clean slate of a mind is quite rewarding enough. For as fun as it is to draw those comparisons, I imagine most everyone with a penchant for prog will note the exemplary writing and sense for melody and atmosphere that Motorpsycho have proven again and again to have, never waning for an instant. This music feels stately, honed to a razor edge while leaving some room for organic life to breathe from it into you. After finishing their so-called ‘Gullvåg trilogy’ of albums, some may have wondered where they’d take their sound. We now know the answer: lovingly forward into new realms without missing a beat. This band is very, very quickly ascending the cosmic mountain to become one of my favorite prog bands ever.

I just feel absolutely magnificent listening to Motorpsycho, and I’m sure you will too. There’s a sincerity and an emotionality here that I very, very rarely feel since Porcupine Tree was active. Kingdom of Oblivion is yet another opus, more delicate, palatable, and cinematic than before. It all feels very familiar, yet fresh and fun, like a prog bounce house for adults. As it stands, this band is on a hell of a streak and it only makes me exceedingly curious for what could possibly be next. As prolific and driven as they are, I doubt we’ll have to wait long to find out. Don’t miss this for the world.