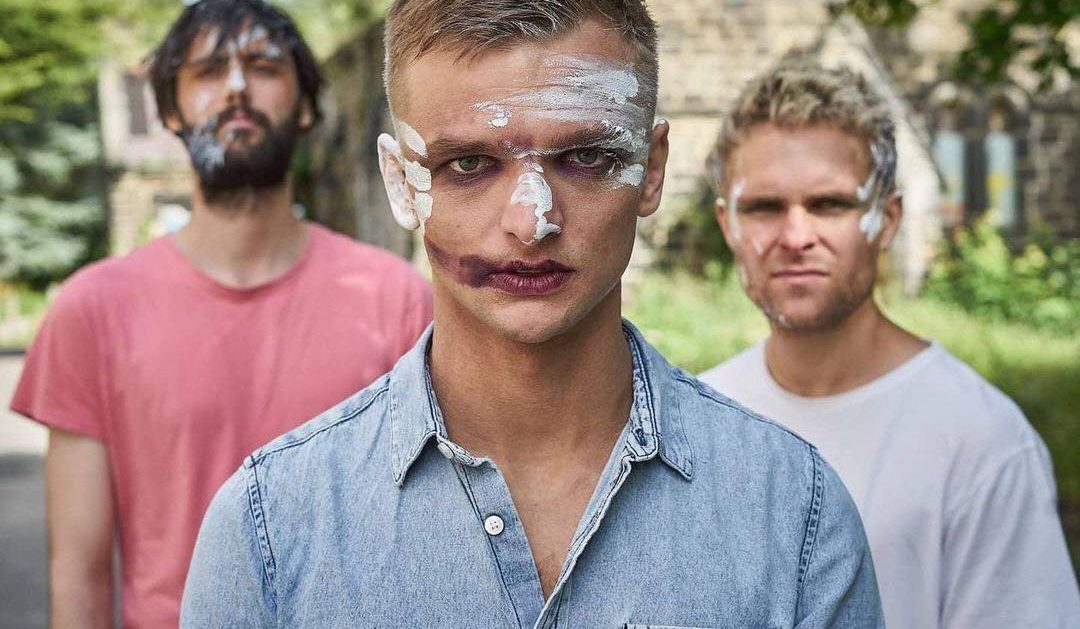 The Last Three Seconds is a nice and fresh take on modern jazz fusion with lots of other shades.

Another awesome band joins the already amazing roster of bands at Art As Catharsis, and it’s none other than Voronoi; their newest album will be released soon through the label. For anyone wondering – no, I’m not talking about voronoi diagrams/tessellations. I’m referring to this here British band whose music arguably reaches mathematical complexity and precision. I’m going to assume that this would be the reason for and the origin of the name. Anyway, Voronoi is a powerful trio, made up of Aleks Podraza on keyboards, Sam Quintana on bass, and Tom Higham behind the drums. Together, they bring a little bit of fresh air to the modern fusion scene.

The Last Three Seconds appears to draw from sci-fi themes, at least when looking at the song titles and cover art. While the associated sounds seem to explore some of that feeling, they mostly seem to remain rather grounded, giving us a ‘realistic’ sci-fi feeling to grip to – as if being more relatable and accessible rather than something more far-fetched. Rest assured, the tunes are by no means easily digestible. We are met with more than a fair amount of complexity across the record, although I feel that it isn’t enough to dissuade first time listeners from delving further.

I could just oversimplify the discussion and say that The Last Three Seconds basically approaches jazz fusion with a modern outlook similar to that of Tigran Hamasyan or Trioscapes, but with downtempo grooves and riffs that remind us of Car Bomb or Meshuggah. Sure, you can draw certain parallels between these bands, although the sound present on The Last Three Seconds features more than just that, and it also aims for entirely different moods and textures.

“Home Could Be Lightyears Away” is definitely my favorite bit from the album. It’s not just because it particularly pleases me at a sonic level, but it ends the album on an epic tone, feeling like the harmonic as well as the narrative content is entirely resolved. It also features in its latter half textures that are strongly influenced by post-rock aesthetics, which are delivered with a lot of energy. This is probably the most edifying example of what novelty is brought in the mix, but hardly the only one.

The first half of “Gamma Signals” pops out of nowhere with some warm analogue synths via a hypnotic and easygoing groove, feeling like an unreleased Portico Quartet song in a way. Speaking of grooves: we get some more of those near the end of “The Nauseator”, wrapped as a fun twist on the ‘the nasty riff comes back slower’ trope, but here it’s faster. But before we enter that groovy segment, I’d like to point out how we go through some really neo-classical piano flourishes; somewhat similar classical stylings are scattered throughout the rest of the record as well.

“The Nauseator”, which stretches across ten minutes, isn’t the only epic around here, mind you. “The Outsider and The Priest” reaches a solid twelve and a half minutes, both songs capturing strong progressive features and deliveries. The middle section of “The Outsider and The Priest” goes full-on modal jazz before heading back to familiar territory. I think it’s worth noting that it isn’t the diversity that wooed me on this record, but rather how elegantly and aptly the transitions are executed, further enhancing the stylistic blend. Of course, it’s immediately obvious that production as well as the present tones serve to further amplify this fact. What really gets me every time (in a good way) is how the piano adds punch by lending crisp mids to the bass lines, much like a guitar would.

I hope that the next Voronoi record is an album’s worth of the ending from “Home Could Be Lightyears Away”. Yeah, I know – it’s a little early to talk about the next album when this one isn’t even out yet, although I’d be remiss if I didn’t underline this, as in terms of emotional content and overall mood, it’s probably the most potent part of the record. Now that’s not to say that The Last Three Seconds doesn’t have its fair share of great moods; we get the whole package from almost moshable over absolutely chill to straight-up mystic/interstellar.

You’re definitely going to enjoy this ride if you like your jazz served with a side of prog, but with less gain, a good deal of experimentation, and uncharacteristic sounds. I’m not sure if Voronoi‘s latest will make the end of the year lists, mostly because we’re not even halfway through the year, but it is definitely a noteworthy collection of tunes in this stylistic area.