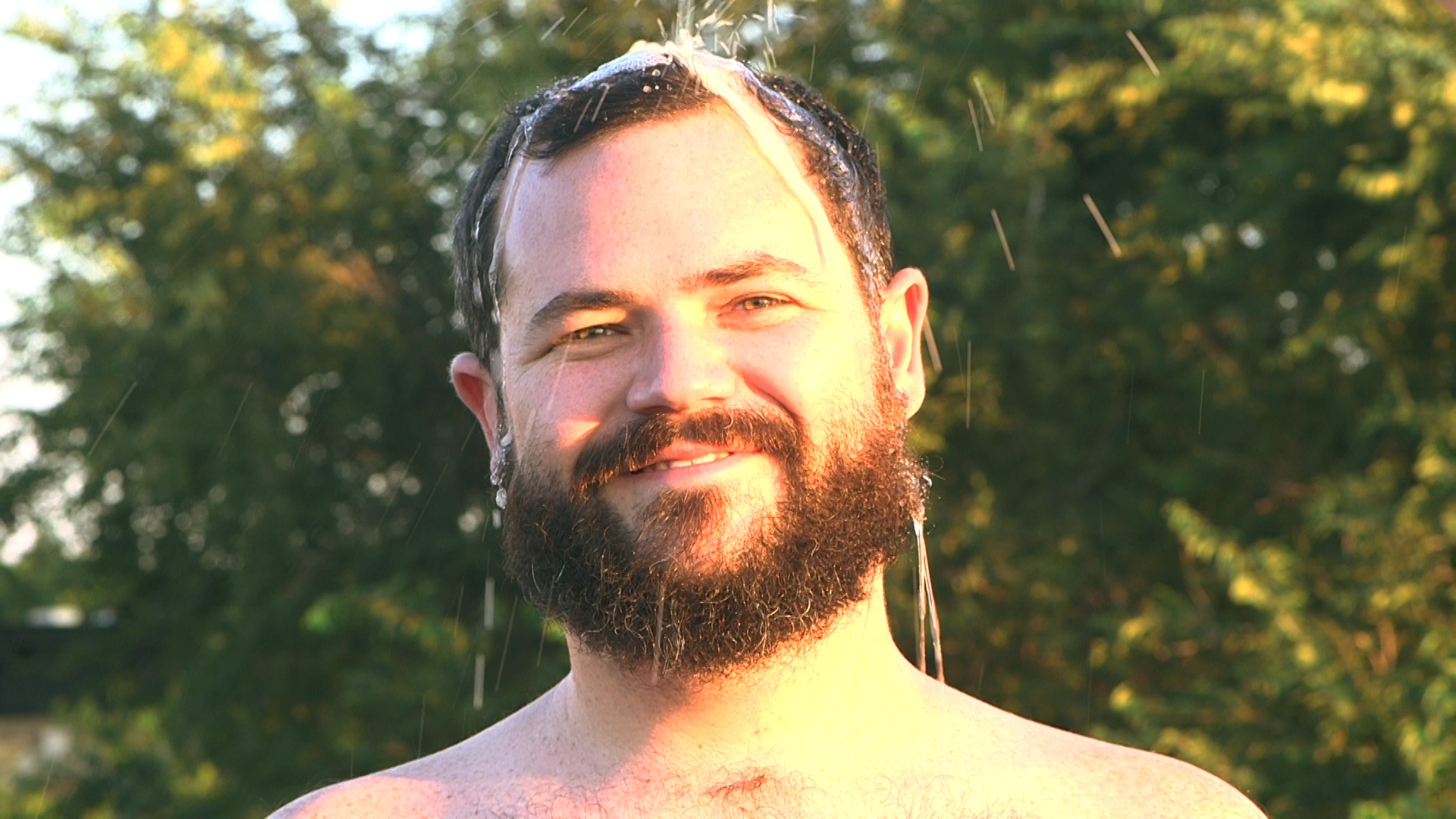 By Shaun MilliganFebruary 26, 2020 No Comments

Youth Pastoral is an amazingly affecting and affirming journey courtesy of Ben Seretan. Contemplative, calming, cute, and quirky in equal measure, it is certainly a trip worth taking.

When I first stumbled across Ben Seretan on YouTube, I remember being taken aback at the simplistic concept of the video for “Cottonwood Tree”. It was seemingly low-budget, but remained high-impact, which lent an endearing quality to the finished product of his labours. How refreshing it would be, then, if sophomore LP – released via his own label Whatever’s Clever – could offer the same favourable result?

A little context is important here concerning the album’s backstory. On his Bandcamp page, Seretan speaks of the juxtaposition that arises from the record’s homage to his former self. Young Ben made a decision to be baptised in the ocean as a rededication of his faith, but as he explains,

‘…this moment of ritual felt more like drowning, there was no divine light and no air beneath the briny current. Faith lost, superstructure gone…Young Ben’s world crumbled but, as the walls came down, the light came in.’

This core event plays a large role in the overall tone of Youth Pastoral. The album is awash with motifs and lyrics that reference this era of his life, along with the subsequent years following it. There are moments here that carry a sound not unlike the ‘live’ sessions captured by Christian ‘worship’ groups such as United Pursuit Band. Scenarios wherein musicians and singers gather in a living room or other intimate space to raise up songs as a collective. Intentional or otherwise, that similarity adds to the sense of warmth and togetherness that make this very record such a joy to experience. This is of course helped by a great cast of (mostly returning) collaborators.

“1 of” begins with a slow-building energy. Emotive, high-placed melody and harmony dance around above clean guitar and flourishes of flute that tease excitement to come. The track is a wonderful introduction to the uninitiated – a taste of the kind of homegrown sound Seretan specialises in. Then everything changes: in the blink of an eye, we are transported to hazy summer meadows as “Power Zone” invites you to lie down in the warm pastures of its droning synth. Minimal exuberance makes this a relaxing number, carried by the lazy beat of Dan Knishkowy (of Adeline Hotel, another band Seretan himself is involved with). Soothing harmonies are also once again present, and can be expected for the remainder of Youth Pastoral, lending themselves nicely to that overarching image of togetherness and good company. Before we move on, a soothing, sultry sax solo from Blue Jazz TV member Dave Lackner drives the song homeward wonderfully.

“Holding Up the Sun” is a distinctive number, revelling in the aforementioned sound that is almost akin to praise. Constant hi-hat work rests underneath Ben’s enchanting vocal delivery and oceanic guitar bow out midway – but only temporarily – for an interlude that’s quite encouraging: ‘Everything’s gonna be alright/Shine a little for me’. Repetition ensues, layers build, passion rises, and a crescendo that is short-lived but joyful emerges.

More dreamy soundscapes and coastal vibes greet us on “Straight Line”, a track that feels like it might lull you to sleep, its explosive ending bringing about a flurry of activity reminiscent of someone who has fought so hard to hold it all together finally giving up. Crashing cymbals, furious guitar picking, and hammering piano chords let fly, and then it’s out of the system.

I enjoy the serenity of “Am I Doing Right by You”. Thematically, it sits snugly with the expressions of struggling faith found elsewhere on Youth Pastoral. A longer number, the sprawling passages of quiet are punctuated with light distortion and repeated phrasings, with it closing gradually over the course of two-and-a-half minutes. Voices and instruments rise and fall in a messy, ethereal collage of sound that centres around cries of ‘Oh my god’.

Moving through the LP’s second half, we are greeted by a run of shorter tracks. “Shadow” brings another droning, ambient number our way; organs lurch to the foreground amidst tremolo guitar and vocals that occasionally stray into sopranic territory. “Call Out Your Name” marries ocean and desert mesa, with slide guitar and more adventurous work from Lackner on the saxophone returning in what could be a natural successor to earlier number “Power Zone”.

These are both followed by a little gem of a song, the album’s shortest. “Endless Bounty” has a quirky chord progression that Ben’s melody plays around before the track takes a slightly more straightforward direction. Brief it may be, but there’s still time for a crescendo. We then reach “Bowing Cypress”, which was recorded on a phone in a New Jersey motel after breaking the key to bassist – and solo artist – Nico Hedley’s truck. The harmonium remains ever-present, fingerpicked guitar and shimmering tambourine filling the space suitably around Seretan’s final melodic outing.

While this may not be as carefree in its cheer as 2016’s Bowl of Plums, this latest record still provides sparkling moments that gleam with hope and joy. It simply serves to remind us that life is unpredictable. A clear example is the tragic fact that artist/sculptor Devra Freelander, whose elevating harmonies frequently bolster the album’s vocal sections, did not live to see its completion. There’s a bittersweet beauty in the notion that despite physical finality, her mark on this record will endure indefinitely. Perhaps one lesson Ben Seretan has so poignantly provided with Youth Pastoral is that whatever you believe, whatever you pursue, you cannot know the future. The important thing is to know yourself, and be yourself. He has, and it has produced one of the most enchanting records in recent years.