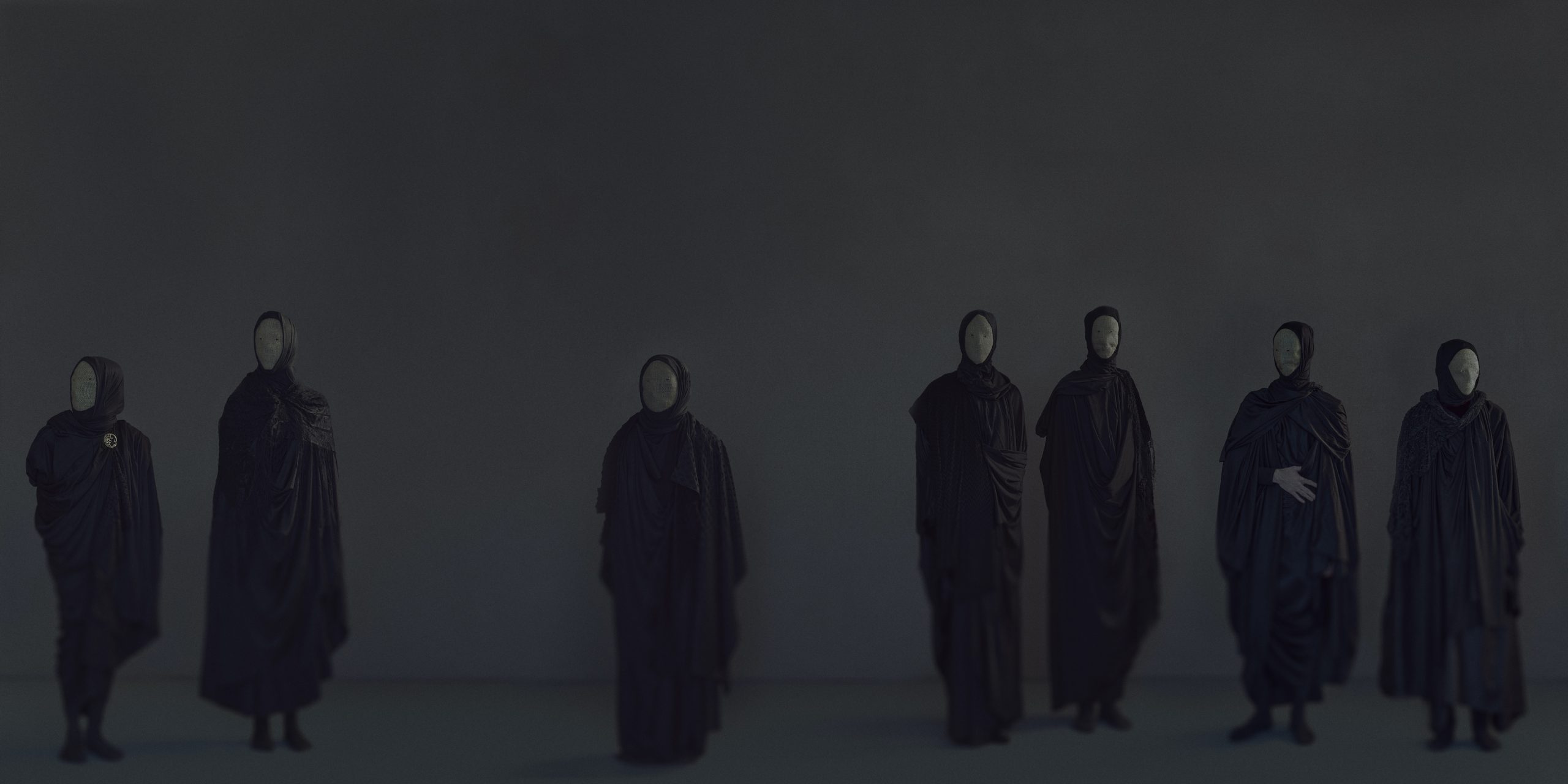 Emma Ruth Rundle & Thou – “May Our Chambers Be Full”

By Vidur PaliwalOctober 27, 2020 No Comments

Emma Ruth Rundle and Thou combine their respective ethereal post-rock and grimy sludge to create a formidable metal monster on their collaborative album May Our Chambers Be Full.

Collaborative albums are always a uniquely challenging proposition. Unlike splits, where two friendly or similar sounding bands come together to grow their audience in the fan base of each other, a successful collaboration demands something bigger. It requires a sense of a shared artistic vision. Hence, it is not surprising that on most of such joint efforts, the two bands share a similar sound overall, perfectly demonstrated by the exemplary collaboration by French avant-garde bands Ni and PoiL on Bran Coucou. But some bands refuse to follow such an easy way into collaborative efforts – one of them is Thou.

Despite having released countless split albums, and not to mention a handful of their massive full-length albums, one of their most unique offerings to date is You, Whom I Have Always Hated, released in partnership with experimental act The Body in 2015. Having already delivered two fantastic cover compilations in 2020, the sludge masters are back with their latest collaborative effort May Our Chambers Be Full, this time joining the queen of dark folk rock – Emma Ruth Rundle.

In theory, the combination of the abrasive sludge sound of Thou and the melodic vocals of Emma felt like an odd proposition at first. But given the successful past collaborations by Thou and the positive reviews of their joint performance at Roadburn Festival in 2019, I had high hopes for May Our Chambers Be Full from the get-go. Hence, I am quite happy to report the collaborative album is not only a sludgy beast, but a unique one too, that will have fans of both the artist talking about it for quite some time to come.

Part of the charm of May Our Chambers Be Full is in seeing the artists out of their own comfort zone and navigating the challenges in the territory of the other artist. “Monolith” marches to the same crushing sludge groove seen on many of Thou‘s recent covers, but forces Emma out of her comfort zone, pushing her to incorporate a more angry rasp that we have not heard in her vocal delivery before. On the other hand, “Magickal Cost” has an eerie, dark, atmospheric build-up that might as well have been on Emma Ruth Rundle‘s last full-length On Dark Horses, demanding a different, intricate, yet light drum work from Tyler Coburn.

The fact that this is the meeting of two well-honed artists who are masters of their respective sound is probably best exemplified by the longest song on the album, the nine-minute closer in “The Valley.” The song sees Emma Ruth Rundle takes more of a lead role, showcasing the vast potential of her beautiful voice, from the soaring highs to the trembling lows. But all throughout, the grim, raw sound of Thou seems to be lurking just around the corner, and when that wall of sound finally hits around the seven-minute mark, it adds a finishing touch to the song that no post-rock crescendo could match.

Most importantly, more than playing in each other’s territory, collaborative albums offer a rare opportunity for both the bands to explore a new sonic landscape altogether. The recent Pijn and Conjurer joint venture Curse These Metal Hands being the perfect example. Similarly, Emma Ruth Rundle and Thou do a fine job of molding their collective sound into spaces that lie between their respective sound, but never heard on their own albums. Additionally, the perfectly executed vocal harmonization between Emma and Bryan Funck – mixing the opposites of the light, airy voice with dirty growls – as seen on songs like “Killing Floor” and “Into Being”, adds its own new dimension to the overall sound. The latter of the two being a standout on the album, as it sees a whole mix of industrial Nine Inch Nails sound meets Sunn O))) drone, topped by a post-metal sound that reminds one of Cult of Luna and Julie Christmas collaboration on Mariner.

To sum it all up, May Our Chambers Be Full not only sees both Emma Ruth Rundle and Thou bring their artistic talents to the table, but showcases how gripping and moving their collective force can be. The yin and yang of Emma Ruth Rundle‘s post-rock sound and Thou‘s sludgy doom amalgamates into a spectacular sonic monster that pummels the listener into the ground from start to end. Hopefully, this is just the beginning of a prolific partnership between Emma Ruth Rundle and Thou because the world definitely needs more of their combined bleak tunes.