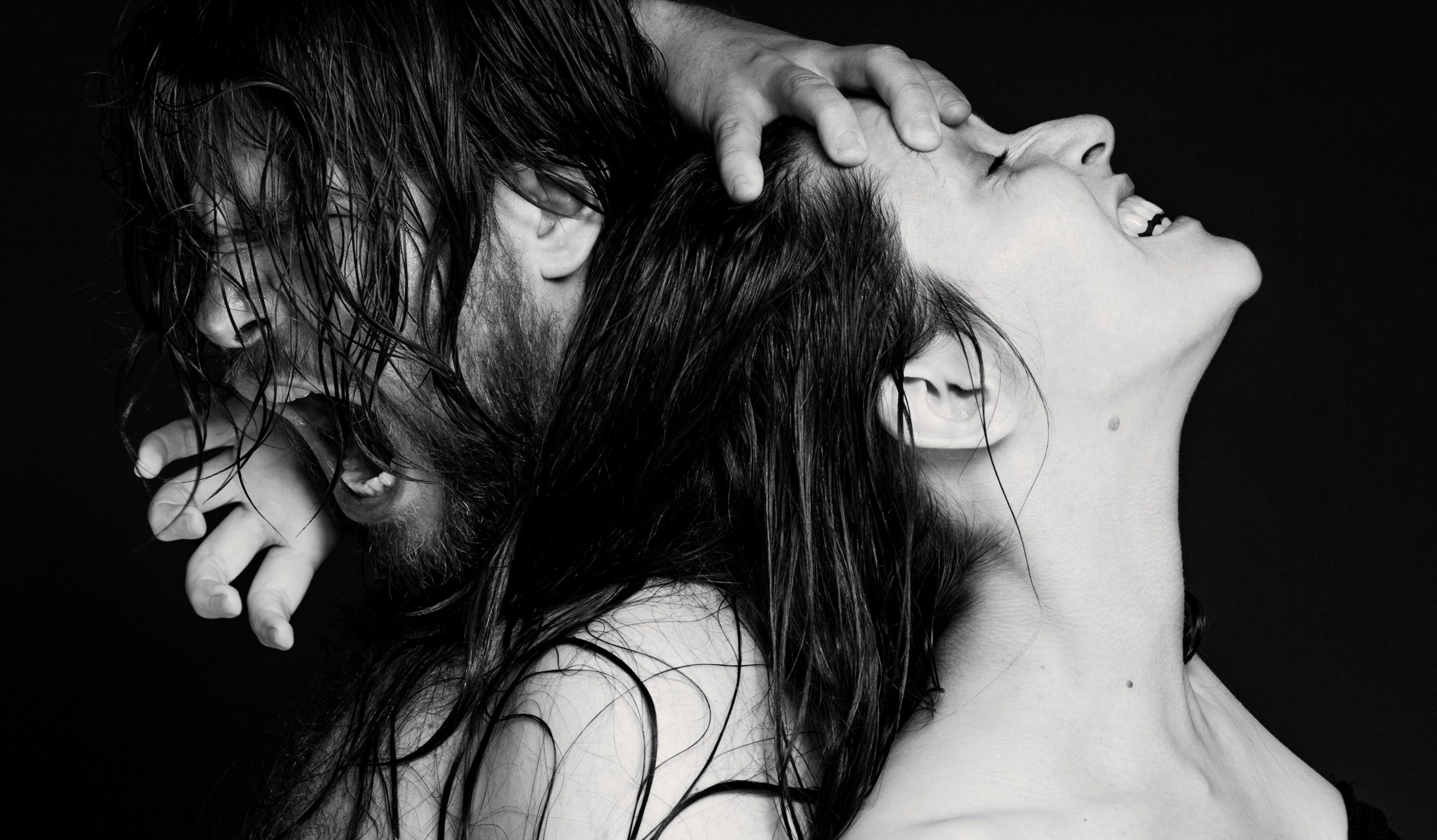 One particular artist that I cannot get nor speak highly enough of is öOoOoOoOoOo, who also go by Chenille. The former name is a pictogram that takes the shape of a wiggling caterpillar while the latter being the French translation of “caterpillar”. You can call them Chenille, Caterpillar, or even try to phonetically pronounce öOoOoOoOoOo if you really want; it is a build-your-own-adventure of sorts. You can interpret this artist in whatever way you see fit and the same goes for the music itself!

Unfortunately, it isn’t always easy to look up this group as they go as öOoOoOoOoOo on several platforms and as Chenille on others, but for the sake of this article, we will refer to them as Chenille. With that being said, I know that the pictogram steers away many potential listeners for whatever reason and that is a travesty. I aim to hopefully change that and convince you that Chenille are very much worth your time, especially since they are this week’s Weekly Featured Artist.

Chenille are a truly special entity, composed of Baptiste Bertrand, and Aurélie Raidron. Aurélie, who is also known as Asphodel, is formerly of Pin Up Went Down. Chenille are one group that you need to listen to yourself first in order to believe and understand the madness that is going on. From the get-go, Chenille was meant to be something unorthodox and beyond any expectations, as you can tell from the pictogram name alone. Everything about this special group is meant to stray from the path and be wild and free, not limited by any genre norms.

Looking at their debut and only record thus far, Samen as a whole proves difficult to describe succinctly without just saying that it is avant-garde or experimental. This is a group that is avant-garde not for the sake of being avant-garde, but because they break so many rules and boundaries in a way that is second nature to them. Samen is essentially a mishmash of many sounds that, on paper, shouldn’t fit and sound good together, but when executed as well as Chenille does, it is an unforgettable and incredible experience. Asphodel couldn’t have explained her and Baptiste’s musical vision any better:

‘Playing with a genre while un-contextualizing it and mixing it with another one that could sound far from it, or pushing another one to its limits, knowing that I was keen on it as a teenager, but l was able to criticize it as an adult, and turn it into something unexpected was my main approach. I think that Baptiste shared that approach and felt very free to create music without even asking himself if it was relevant or not. We didn’t care. Music was a plastic material, and Samen is not a tribute.’

Throughout Samen, you’ll come across a myriad of vocal sounds and techniques that you won’t be able to believe that one person, Asphodel, is pulling them all off, with the exception of Baptiste’s vocals on “Well-Oiled Machine”. You’ll hear everything from mouth popping sounds to throat singing and operatic passages as well as some intense screams and high-pitched ‘silly’ vocals for lack of a better word. Those silly, high-pitched vocals sound as if Asphodel is trying to impersonate what I think how a caterpillar would sound like if it could sing, as is heard on “I Hope You Sleep Well” for example.

“No Guts = No Masters” starts off as an Eastern European folk type of song that is quite reminiscent of Akphaezya for example, and takes you to a completely different musical world compared to the tracks preceding it. “Purple Tastes Like White” is the only ‘straightforward’ track on Samen, and it sounds like it would fit on a Florence + The Machine record. With each successive track, you’re thrown curveball after curveball as you just don’t what to expect. Every time you think Chenille can’t do anything different or weirder, they go ahead and do exactly that. There are so many ideas stuffed into this record and the flawless execution is why it all works so beautifully.

On top of the vocals, the instrumentation is beyond diverse and varied as well; from unconventional instruments (in guitar-driven music) including dog horns, scraper instruments, and kazoos, to things you may be more familiar with, like blistering tremolos, saxophone solos, subtle electronics, and piano sections that sound like they came from an old-timey cartoon. There really is a bit of everything on here. I also cannot forget to mention the use of a bow on the bass guitar to cause the droning sound that opens “Purple Tastes Like White”. The sky is the limit and Baptiste and Asphodel made sure to use every possible sound at their disposal. Not a single track on this record sounds like one another yet they all equally contribute to creating a truly cohesive and magical listening experience that is Samen.

The wide variation in styles and sounds across Samen is enough to keep you on the edge of your seat, but not overdone in a sense that this record has zero identity; quite the contrary in reality. What may start off as a joke or an accident ended up being a fully fleshed out musical idea that just somehow works. Regarding the many zany and unorthodox ideas found throughout this record, Baptiste confirms that many of the musical ideas came naturally and nothing was forced or written to be a particular way.

‘Except from some precise mental pictures I could have at some points, a lot of things were done instinctively on this record. For example, although adding kazoos on a power chords driven part was a bit funny at first, the purpose was more to integrate something that’d be considered inappropriate in a precise context and make it fit naturally.’

Once you become more familiar with Samen’s many shapes and curves, only then do you realize that this quirky experience is one that is more profound than you thought. Upon the first handful of listens, it’s an incredibly fun and diverse record, but once you come to learn and recognize the clever jokes and lyrical puns and how they come together to build up these important messages, only then will you realize that this record is much more than you originally perceived it to be.

Hidden among the countless musical flavors and witty lyrics are many hidden messages. These lyrical concepts are veiled by clever wordplay that is very easy to overlook if you aren’t paying close enough attention. Chenille don’t shy away from addressing topics like feminism and marital rape to speciesism and also our gut microbiome for example; this is just the tip of the iceberg, folks. One particular track that was incredibly disturbing, both musically and lyrically, was the closing track, “Hemn Be Rho Ðie Samen”. The reason why this track stood out and its origin is briefly explained below.

‘When Baptiste sent the first unfinished version of the song, he just told me: ‘Oh, by the way, I just composed something.’ That ‘something’ appeared so cold and disturbing that I could guess the mood he was in while writing it. It has become the echo at the junction point between psychic suffering and its physical, sensory manifestation.’

At face value, Samen is a joyful whirlwind of an experience that will leave you wanting more of this type of sound and musical ambition. But at its core, it is something that is truly unsettling, bringing to light many important issues as well as other things you may not have necessarily thought about before. Analyzing Samen in both an artistic/musical and lyrical capacity reveals that the minds behind Chenille are progressive in more ways than one. The music and lyrical content are as shocking as it is silly, daring as it is reserved, and just outright phenomenal overall. The attention to detail in the undoubtedly complex vocal phrasings and the depth of the instrumentation is unmatched. Chenille know what they’re doing and they’re damn good at it, that is undisputable. It is artists like Chenille, who are so forward-thinking in their music and everyday lives, that ultimately push what can be achieved with music to the next level.

If there is any artist out there more deserving of your clicks and likes on the worldwide web, it is Chenille. Give their Facebook page a like and check them out on Bandcamp in order to stay up to date on all things Chenille! It is also definitely worth checking out their YouTube channel if you’re curious to watch more “Samen – Making Of” videos.