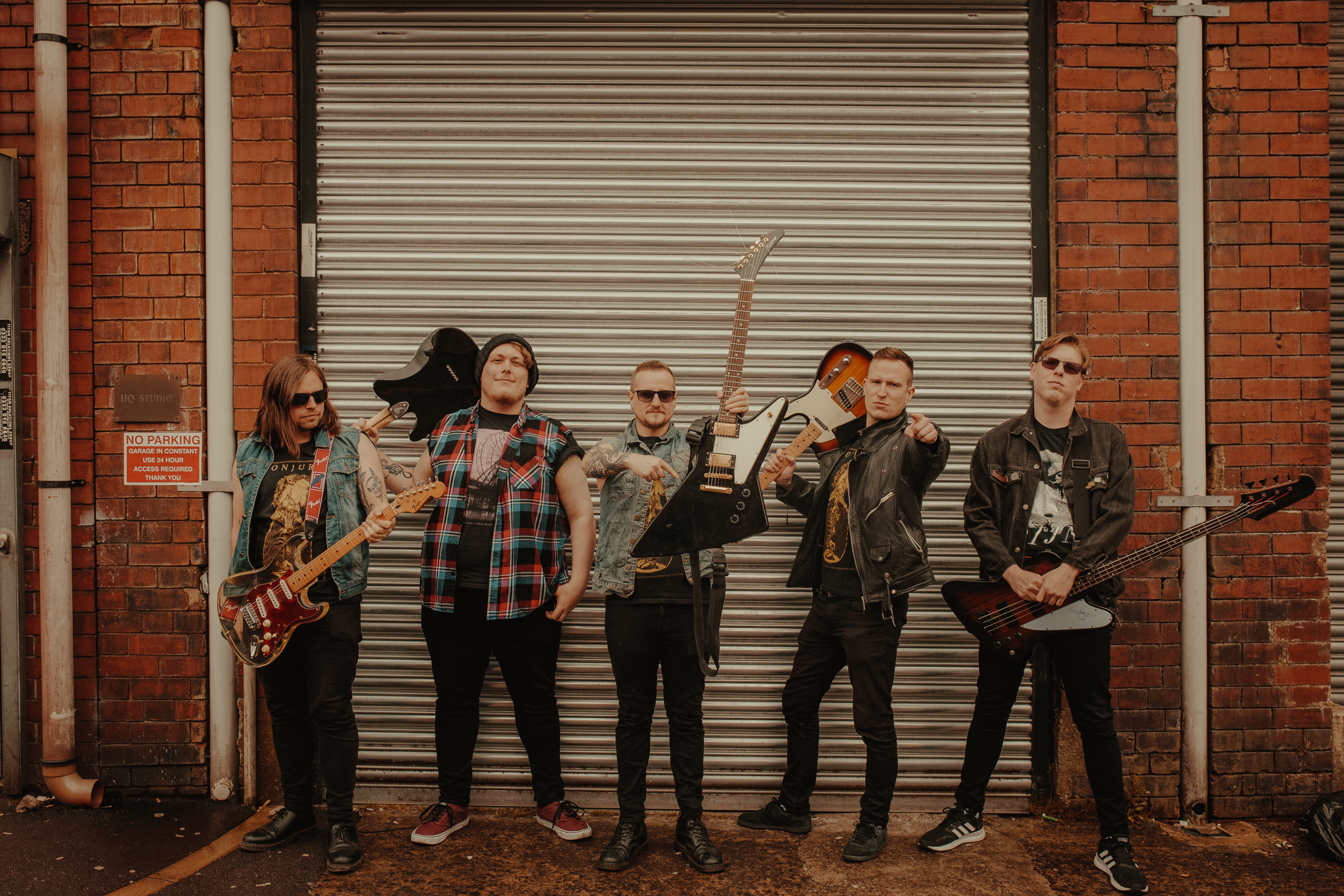 By David RodriguezAugust 9, 2019 No Comments

Conjurer and Pijn combine and throw caution to the wind by crafting a project that maps new territory for both groups.

Peanut butter and jelly. Bert and Ernie. Pijn and Conjurer? Yes. Love these two bands, and I was very curious to see what the Holy Roar labelmates could do. They really come together on Curse These Metal Hands, a project I terribly mistook as a split at first. This is not a split! It’s a collaborative effort with members of each band writing, producing, and performing across all four songs of this album.

What I wanted to be a stylistic tug-of-war between the close-but-not-that-close post-metal bands turned into something else entirely. Go figure, right? Artists coming together to create something different. Conjurer trend heavier with a doomed, almost blackened aesthetic, while Pijn are more closely aligned with the atmospheric side of the post-metal sound. Meld the two together and throw them in a direction that neither band have explicitly tread before and you get zealous comparisons to bands like Baroness that aren’t totally unfounded, but too simplistic all the same.

The album isn’t thematically linked in any way I can properly decipher, but I can’t help but apply a theme with the sonics of this album. From the opening, teasing licks of “High Spirits”, to the absolutely triumphant, final flourish of notes that close out “Sunday”, it’s as if Curse These Metal Hands is a blazing sun that creeps into existence at the start, blazes hot and heavily in the middle, then bids a vivid farewell to cap things off.

True to life, this album, like the sun, showcases some of its prettiest moments in the beginning with “High Spirits”, when the rays are reaching out to usher in a new, bright beginning. Conjurer and Pijn start slow and playfully with light guitars that gradually work in drums, vocals and so forth. You’re heard it all before… but have you heard it done this well? Listen to it – hear that burly-ass beat drop when all instruments slam into the mix about a third of the way in. Take in the groovy-as-hell instrumental bridge after the first verse. Bask in the calm interlude, which provides some welcome cloud cover from the scorching riffs and blazing vocals. Couple this with the lyric video’s cute inclusion of closed captions-esque tags like ‘{BLAST BEATS}’ or ‘{GUITAR SOLO}’ during the parts where those are actually employed and you can just feel the character radiating out from this music.

This is all part of the charm of Curse These Metal Hands – the two bands went out of their way to not only distance themselves from their own established sounds, but also to not sound like what you would assume they should sound like together. This album could have been produced under a completely different name and no one would bat an eye, but attributing this to each of their names – together – shows the breadth of expression, and the variety of sound which both bands are willing to explore. It hints to a future where both bands can go, and even to places they haven’t even been yet, individually or collectively.

Three of the four songs here are just under nine minutes or longer, which means there’s a lot of ground to cover. Pacing changes in “High Spirits” and “The Pall” all engage you directly, offering up multi-textured mammoth song after song that all have subtle tonal shifts between them. “The Pall”, for instance, is less jubilant than its predecessor, instead opting for a more menacing metal mood, peppering some shoegaze-esque flair and progressive measures. “Endeavor”, the short song, is a lot more conventionally upfront – crass, even – with the commanding, shredded vocals and heavy segments that remind of early Mastodon. The vile vocal retch near the end of the track is endlessly imitable, just make sure you drink some hot tea before and after attempting it.

I will always appreciate Conjurer and Pijn on their own, just as I will appreciate this collaborative effort that surprised me more than I thought it would. I love when artists show that there’s more than meets the eye with them and their art, and this is one great instance of that. It’s valuable to me, even as someone who has always seen the beauty and uniqueness deep in the farthest stretches of music. Curse These Metal Hands still finds something new with which to impress me. Don’t miss out on this awesome pairing – it’s heavy, passionate, and delectable!