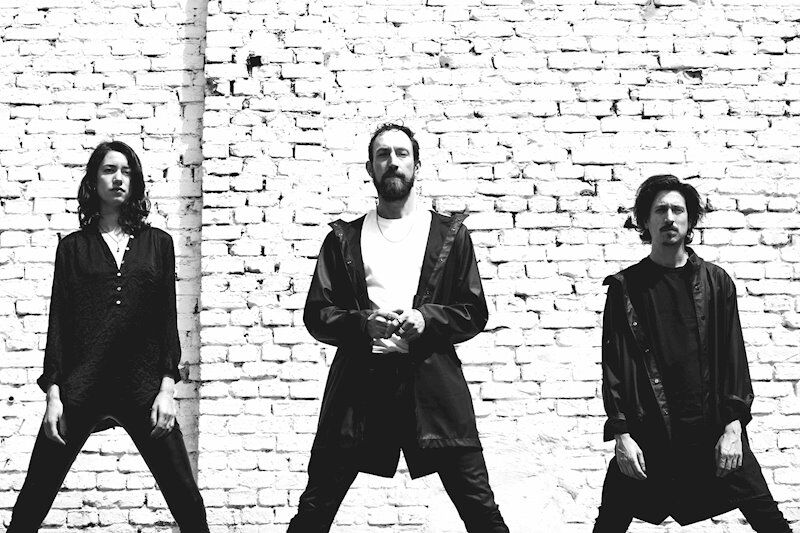 By Spencer AdamsAugust 8, 2019 No Comments

We at Everything Is Noise are proud and excited to present to you the first single from Ed Fraser‘s solo debut Ghost Gums, “Swallow”! You might recognize Ed as the frontman of post punk band Heads., who have their own critically-acclaimed catalog. With his upcoming solo release, Fraser is diving head first into darker and more haunting tones and themes.

Ghost Gums sees Fraser taking a step into the more somber and direct lyricism compared to his work with Heads. While the lyrics are still as palpable as the ones he writes for his main band, there is much more emotion and depth to the ones found on the new single. The song is brooding, with constant highs and lows brought on by the instrumentals and Fraser’s vocal work. The discordant guitar tones set up an uneasy feeling, yet dn’t make you feel uncomfortable. “Swallow” really is an amazing introduction to what this album could bring us.

Speaking of the forthcoming album, Fraser’s label had this to say: ‘From beginning to end Ghost Gums explores themes of loss and romance, and is an exploration of new and uncharted territory for Ed as a songwriter.‘ With numerous different instrumentalists joining in on the writing and recording of this album, each track should give a different feel, all while maintaining the personal touch that Fraser was wanting for the album.

Ed Fraser had the following to say:

‘We shot the video for Swallow with filmmaker Christiania Krueger at Beelitz, which is an abandoned Soviet hospital complex about an hour South of Berlin. Beelitz has some pretty creepy stories around it, so together Rosa and I wrote one of our own to shoot out there. Our 3 stars were Victor, Magnus and Anton, all local Berlin kids. None of them have acted in anything before and they really did an incredible job. We mostly had a good time during the shoot, riding around on rental pro bmx bikes worth way too much money and playing with nerf guns. We definitely weren’t supposed to be in these old buildings though and we were yelled at and kicked out by an angry tour operator on the afternoon of the first day of shooting. The tour operator and her camera happy tour group seemed pretty surprised by us, mostly by Anton’s full size bow and arrow, which unfortunately didn’t make it to the final cut. We ended things on a high note though, with the kids and crew destroying all challengers at laser tag. We almost felt bad for the 9 year olds we were pummeling. My call sign was Mystique‘

You can pre-order the album right here; it’s due out September 13 via This Charming Man Records. Keep up with Ed Fraser on Facebook, Instagram, and his official website.