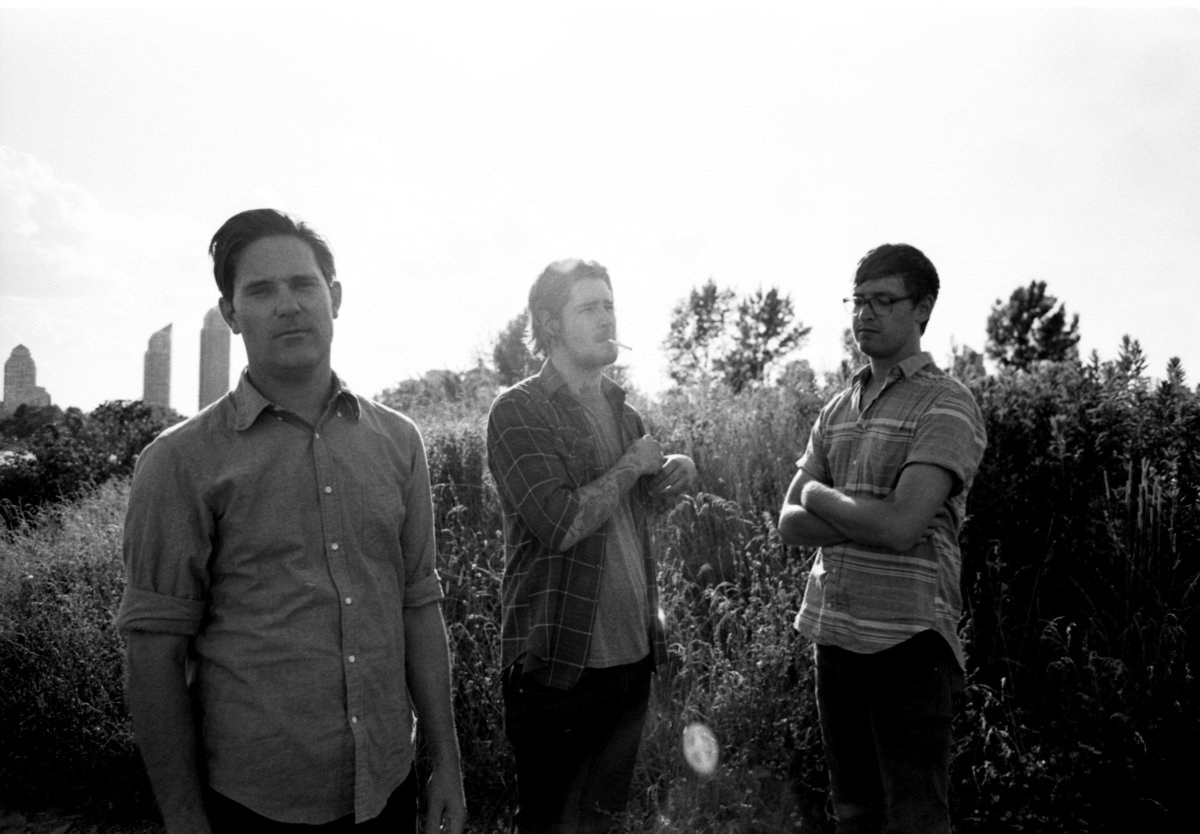 By Rodney FuchsAugust 9, 2019 No Comments

It’s with great, organic-sounding punk and noise rock that Metz convince listeners of their new album Automat. An intense mixture of raw energy and driving power!

Formed in Ottawa and based in Toronto, Canada, Metz have been creating music since 2008. After three releases (METZ, II and Strange Piece), the band is back with another LP to add to their their catalogue. Automat, as with all records the band put out so far, was released on Sub Pop and delivers their common mixture of punk-rock, post-hardcore, and noise, which becomes clear straight away when listening to the very first song on this record. “Soft Whiteout“ opens the album with scratchy guitars, smashing beats, and impetuous singing. There’s a lot of influences on display, ranging from modern post-hardcore à la Birds In Row to heavy punk rock like ’68 or even The Chariot. The energy that Metz create is basically a very similar one to that of those acts.

The songs take their time to build up in a somewhat post-rock-y fashion, and also tend to work with instrumental repetition, as to be found on “Lump Sums“, which is based on a repetitive riff and drum figure. The vocals bring in some welcome variation, whilst they seem to drown in the instrumentals as soon as they break out. That moment also comes with a change of the drum beat. A lot of the diversity on Automat lies within the drumming; especially the cymbals are very loud in the mix and work mainly with accentuation and power. Metz are mostly loud, hence why there’s not as much in the way of dynamics. This also leads to the fact that it’s hard to understand the vocals, due to the washy production.

Speaking of, the mesmerizing vocals work with modulation and vocal effects a lot, which gives an overall hypnotizing feel to the music. This hypnotization then creates a feeling of being lost in time, and allows for letting oneself drown in the music that Metz deliver. Repetition, as in minimal music, is the keyword to this psychoacoustic effect. Another aspect is the experimentation with sounds on Automat. There’s a lot of organic sounds that shape the guitars, as well as the drums. Title track “Automat” begins with electronic effects, which are soon to be followed by the actual song. The track also creates a very fascinating feel with its psychedelic attitude.

Metz tend to start their songs with certain noises, like the killswitch effect at the beginning of “Leave Me Out”, for example. This gets a bit predictable, and kind of kills the flow that could’ve been existing in between the several songs on Automat. On the other hand, the tambourine on “Can’t Understand” creates a fantastic urge to move, while the song’s chorus picks up the repetitive aspect of the band’s riffs, as they simply repeat the song’s name over and over again within the chorus.

The album closes with “Eraser”, probably the band’s craziest song on Automat. The song’s disturbing start stands out with its hectic instrumentals; it reminds me of the chorus of “Can’t Understand”. Metz seem to be quite minimalistic with their lyrics and use the song’s title alone as the refrain. This track is once more packed with a lot of energy and relentless power thanks to the raw and aggressive sound. With the ongoing bass lick and the slightly improvised guitar, however, “Eraser“ almost emulates a surf-rock vibe lying in between the scratchy choruses. What a weird, yet fantastic way to close an album! Speaking of weird moves: Metz also put the demo version of “Wet Blanket” on the record, which was originally one of the songs on their debut album. Anyway, the song fits on Automat just as well, as its sound matches the rest of the record.

Fans of bands like ’68, The Chariot or USA Nails should definitely check Metz out. Automat sums up every good aspect of today’s punk rock music, combined with the energy of 2000’s hardcore and the sound of the modern doom, sludge, and stoner scene. All in all, the album is an exhilarating, driving, and psychedelic experience that culminates in 43 minutes of great music!