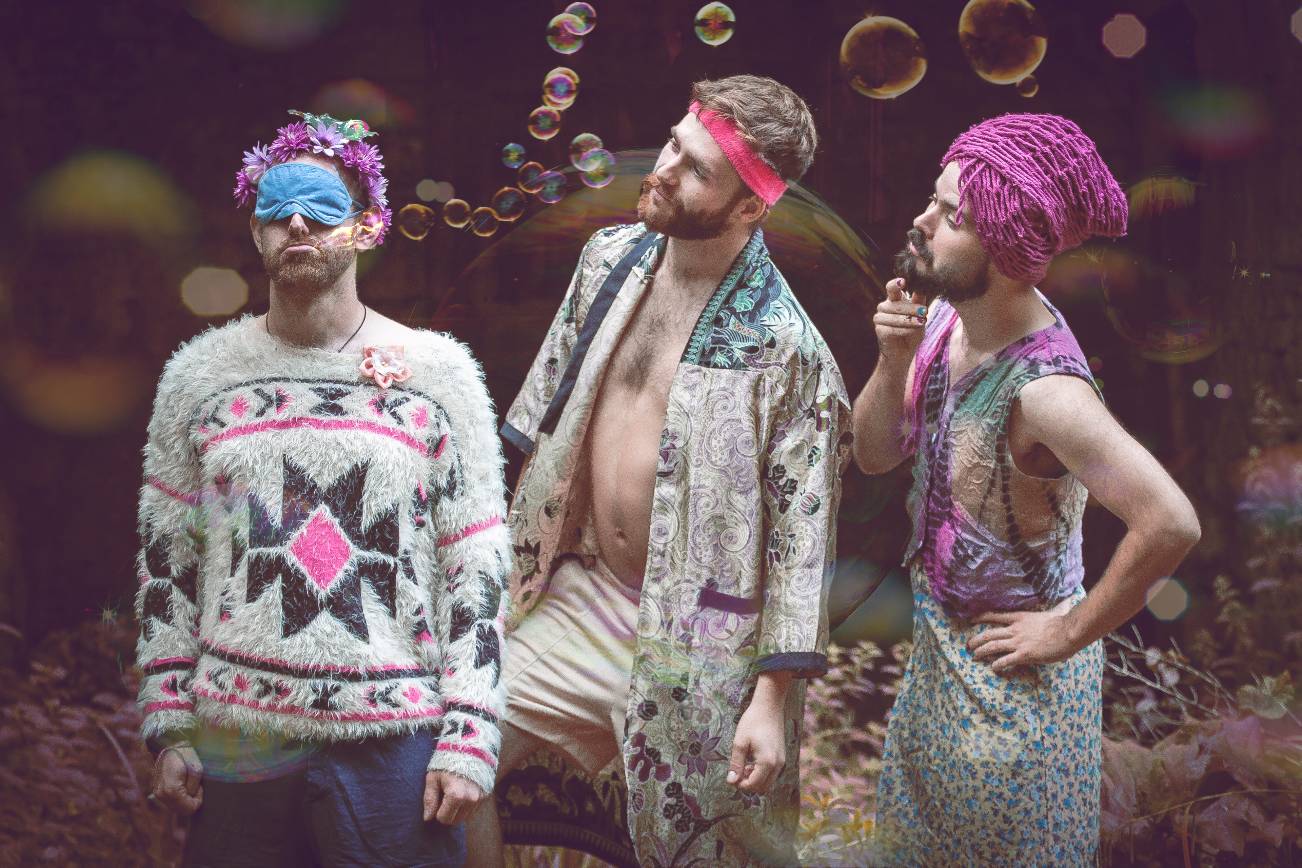 My Octopus Mind has created something special and unique sounding with their experimental prog album Maladyne Cave that I think needs experiencing.

My Octopus Mind are an inventive and experimental psychedelic rock band complete with a nice array of strings and duo style vocals.  The stringed elements found throughout the tracks are what initially grabbed my attention towards Maladyne Cave, but it was the interesting songs which kept me around; the supply of different song structures with a solid understanding of songwriting.

Maladyne Cave draws from a wealth of inspiration – you can hear classic rock to modern prog to classical to psychedelic drug addled passages. The interweaving of sounds and structure is what keeps this record interesting. It blends a train-of-thought style arrangement with ambiance, strings, and duo style vocals. There’s seemingly no place this album won’t go, but that’s not to say that it’s random because it isn’t. It mostly flows just the way it should.

“PinP” opens up Maladyne Cave with a soft, deep acoustic guitar as drums, violin, and viola slowly swell in creating a bit of a post-rock sound. The addition of the electric guitars begin the prog journey with a riff that wouldn’t feel out of place in a King Crimson passage. “PinP” is also the introduction to not only the record but to the dramatic moments of accent. The moments of slight syncopation crash in seemingly out of nowhere but certainly leave their last impressions.

As the album progresses a dream-like quality falls over the songs while psychedelic waves weave in and out. “My Dystopia” is a perfect example of the previous sentence. The vocals are laced with reverb, panning behind the track while an acoustic guitar is picking away. From here it stays on the mellow side which always gets an appreciation from me. They accomplish the slower bits rather well through use of swells, reverb, and the strings. The ending is filled with delay which transitions quite smoothly into the next track “Mocha Narwhal” – the very Tom Waits influenced song.

The Tom Waits comparison isn’t 100% true though. The beginning starts off with gruffly sounding vocals, but moves onto an impromptu instrumental session which could rival the best of the classic rock solo passages. Overall this track has to be one of my favourites with all of the different sections. Give it a listen because it’s fun and is a great jam that you won’t regret spending your time on.

But as we know, nothing in this world can be perfect because that would be boring! There are certain elements of this album that held it back from becoming a favourite of mine. The vocals for instance took me a few spins of the record to get used to them and while this is merely my own particular tastes of singing holding me back, it doesn’t ruin the album. Another downfall for me is the song “Need No Other Lovin”. This is an upbeat track that comes out of left field to me and ruins the pacing of the album. Admittedly, I am fan of sombre sounding music, although am not against a higher-paced song or passages, “Need No Other Lovin” missed the mark for me.

My Octopus Mind has created something special and unique sounding with Maladyne Cave that I think needs experiencing. This album was something that really stood out to me when going through our lists of music because of how interesting it sounding. It’s a great proclamation on how music is far from ever becoming stale.