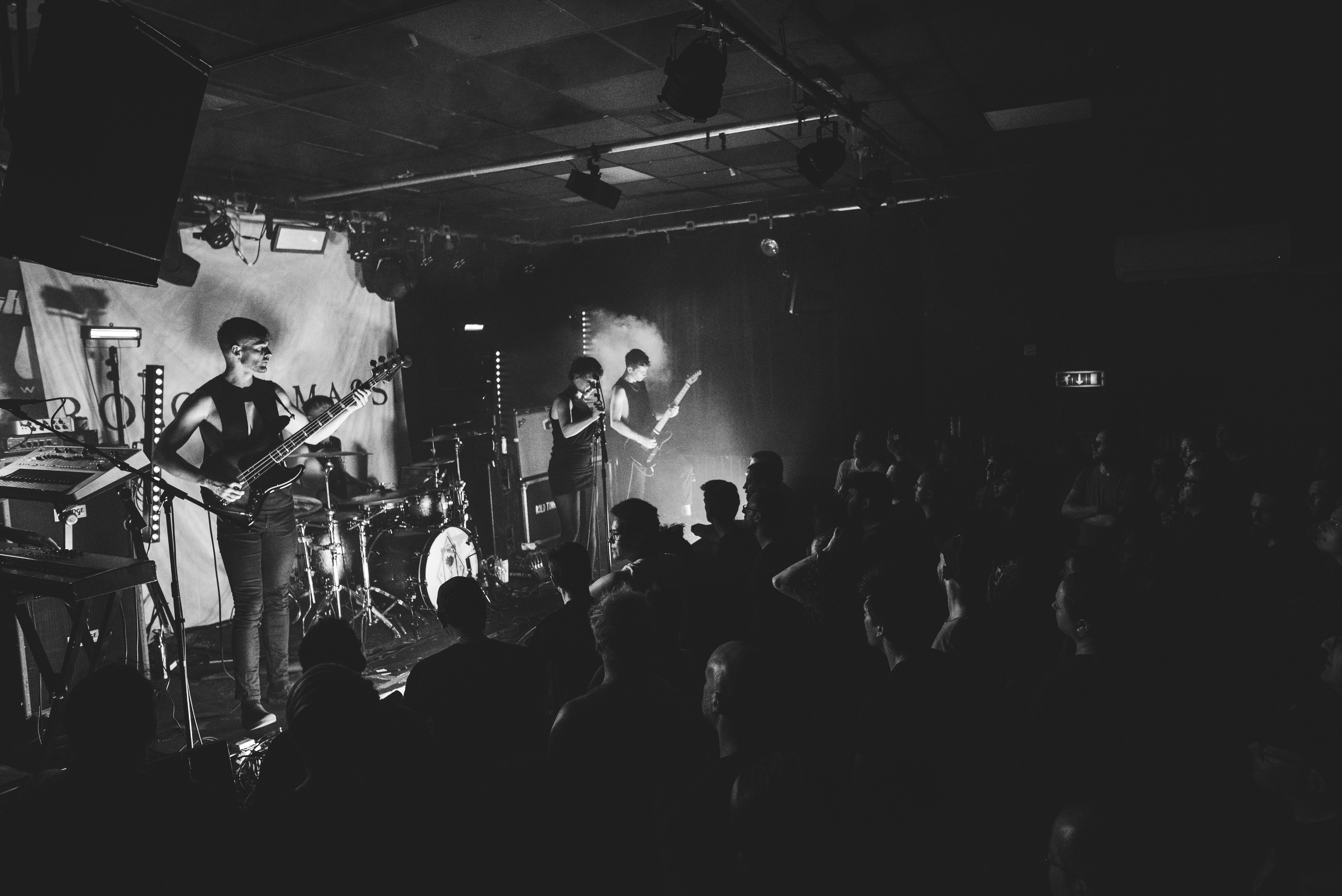 Rolo Tomassi and Cryptodira at The Joiners, Southampton

Summer is always brilliant for gigs because bands always tag on tours to festival appearances. This year has been no exception with even the south coast of England, usually a desolate location for top-class metal gigs, able to attract some quality acts. Last year, Rolo Tomassi took Palm Reader and US-based newcomers Cryptodira out across Europe for an extensive tour in support of their new record Time Will Die And Love Will Bury It. Needless to say, it was a massive success, with all three bands tearing the house down at the show I went to in London. Cryptodira and Rolo obviously got on well, with another string of dates announced in April, starting and ending with festival appearances.

The venue for this live show was The Joiners in Southampton, UK, a venue that recently avoided being shut down, and has responded by booking some quality acts to play there, like The Physics House Band. It is a small venue, but the sound packs a really great punch, and given the right crowd, things can get wild in there. Thankfully, they’ve got some good air con in there now, though; previous trips have been damp when things kick off in the pit. Really glad to see it still kicking about, and selling great beer at the same time. Loads of room for merch, and it’s intimate enough that you get to meet the band members as they come in and out of the dressing room. Great venue – long may it continue.

Jaguar Milk weren’t billed before the show, and were halfway through their set when we turned up. Stated on their social media as an alternative prog rock band, they were cool, but felt kind of out of place with the ferocity and musical depth of the two bands following them. Their debut single below is fun, but nothing new. Needless to say, they had good grooves at points, but their instruments and vocals didn’t sound too great from where we were standing. This was likely due to the setup for the following artists, who had a richer quality of sound. I’ll keep an eye out for them releasing material, but wouldn’t go see them again until they have honed their craft and made something original sounding.

Cryptodira are, in my opinion, one of the by-products of Between the Buried and Me‘s glory days, blending long-form progressive metal songs, with brutal hardcore and math influences. Thanks to those differences in sound from the aforementioned, they sound wholly unique, and the way they’ve captured audiences in the US and Europe shows they have a winning formula. The band are still touring their debut album The Devil’s Despair, a ten-track barnstormer that is equal parts crushing as it is progressive, and have each time I’ve seen them played five tracks from it.

Thankfully, the set list was slightly different this time, with Cryptodira deciding to leave out the opening two tracks which imbued their set with a bit more energy than the last time around. They played monsters like “Medusa Misgendered” and “In Hell As On Earth”, which sounded much crisper than last year. It was great to see the band play with more confidence, they added little quirks into their songs which might irk the purists, yet made their stage show that much more enjoyable.

Whilst UK prog crowds tend to be pretty stationary, you can see how Cryptodira could control a crowd, and get the room moving. Their music lends itself to that well, with excellent breakdowns kicking in out of nowhere and electrifying the room. They are definitely a band to watch out for as they return to the studio for their second full-length.

Is four times in one year too much? Not for a release like TWDALWBI, a record that I expect was recorded with live performances in mind. Each time I’ve seen Rolo Tomassi since their London date, I’ve been blown away by the variety I’ve experienced and the incredible nature in which the music is presented to the crowd. Rolo Tomassi use a lot of smoke and backlights to drive the post-/synth side of their music, bringing in the strobes as the music descends from the synths to the metal.

Only once when I saw them last year was the sound off, which was mainly due to over the top bass. I’m pleased to report that at The Joiners it was really good, with the bass from the synths just right, and keyboard ever-present alongside the huge slaps of the guitars and drums. When they launched into the first track “Rituals” straight off the back, you were immediately rocked with a cannon of sound, with the roars of Eva Spence cutting through the mix at the perfect volume.

The set list was predominantly filled with the endless bangers from TWDALWBI, but the band also threw in some golden oldies for long-term fans. At ArcTanGent festival last year, they filled the show with more math-focused tracks, however they clearly know what their touring crowd wants to see. As a result, they stuff songs from their magnum opus into their set list. Rolo closed their set with “Flood of Light” which was a perfect ending to a great show. The track is so powerful and delivered with such flair from the band – I doubt I could ever grow tired of watching it.

Where does it stand compared to the other experiences? Very tough call, but this was certainly them at their best. They were rested, and they all look really excited to be back on the road. Long may that attitude continue!

Be sure to check out all of the artists listed, and be sure to support your local venues!