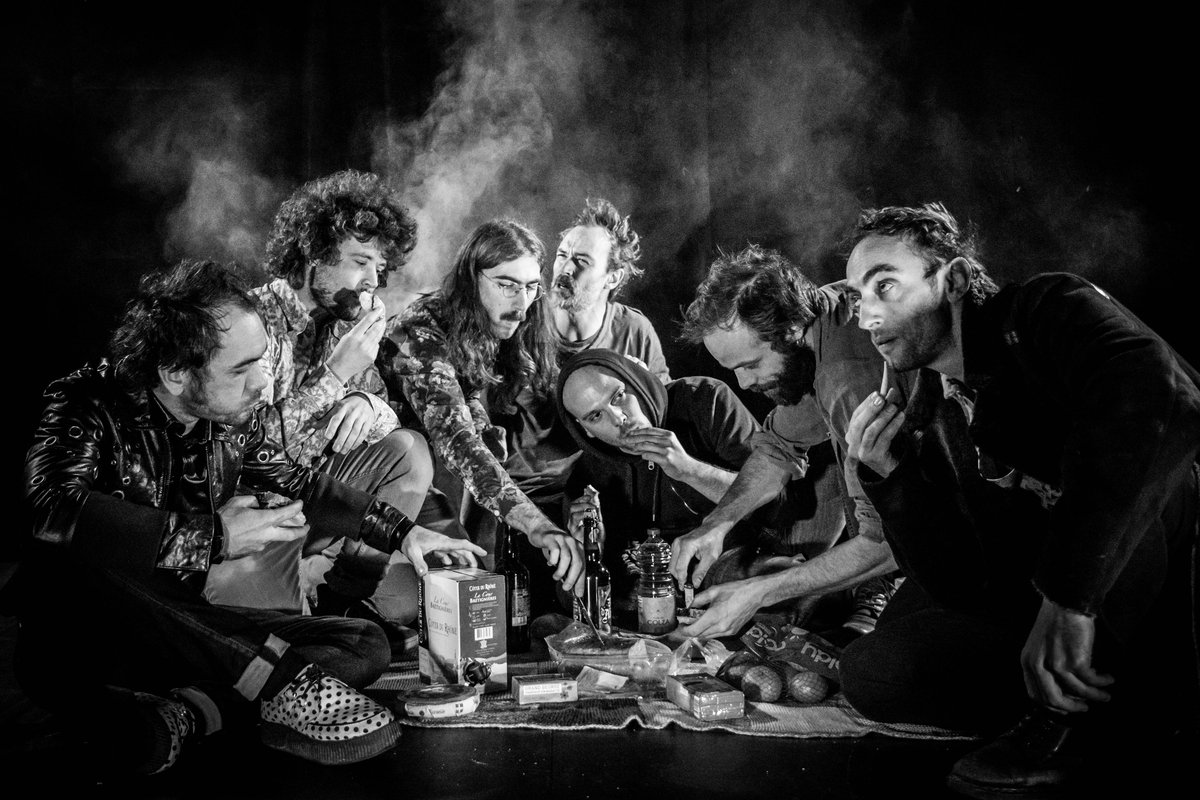 While it may prove quite inaccessible to many, those who fully immerse themselves into Bran Coucou will be taken on a wild eccentric sonic journey unlike any other!

There are two popular sayings that I want to discuss here. The first one says, ‘four hands are better than two,’ while the latter says, ‘too many cooks spoil the broth.’ Neither of the two are completely universal and depend on the task and situation at hand. So which one applies to Bran Coucou, the album featuring French avant-prog bands Ni and PoiL playing together as PinioL?

Before we jump in to answer that question, one needs to understand that this is not a split album, featuring songs by two different bands. No – this is two bands coming together and fusing their ideas to form one cohesive album. Bran Coucou is made by this trio-plus-quartet, featuring two drummers, two bassists, two guitarists, and one keyboard player. Moreover, six of the seven participants cover vocal duties. If there is a scope for a melting hot-pot of avant-garde prog, it clearly lies in the unique amalgamation that this project manages to bring out.

The 14 minute epic album opener “Pilon Bran Coucou” sets the course for what the rest of the record holds. The collision of thoughts of the seven musicians creates a wild playground filled with plethora of sounds. While the opening minutes bring a delightful mix of math-rock and free jazz, it soon transforms itself into an avant-rock piece akin to some of the best works of Sleepytime Gorilla Museum, before going out with a weirdly satisfying mix of noise and prog rock.

By comparison, “Mimolle” is not only the shortest track on the record, clocking in at four and half minutes, but also the most peaceful one. With Antoine Arnera’s electonick work on the keyboard laying the foundation, the rest of the track builds around a free exchange of modern jazz melodies between the rest of the members.

“Kerberos” is a completely different beast altogether, bringing in industrial sound influences, sounding almost as if Devin Townsend decided to take Strapping Young Lad’s music and mix it in a grinder with a handful of avant-prog melodies.

What really works for PinioL is their ability to make a cohesive album despite bringing together two distinct acts. The amalgamation is so perfect that the individual influences fade away into the background. At the same time, with the wide variety of sounds being presented, it becomes quite easy to get drowned in the sounds and this is probably Bran Coucou’s only pitfall. Lasting sixty-seven minutes, the album is no easy journey and can sometimes be a bit too much too digest. While tracks like “Sho Shin” take the listener through a multitude of sonic presentation, one wonders if such tracks were trimmed around the edges, would the overall album experience be much more engaging?

To sum it all up, PinioL drive home the point that, when it comes to their music, seven heads are indeed better than three/four. Providing an unprecedented blender of sounds, the band manages to bring everything from free jazz, math rock, electronic and avant-prog into the mix. While it may prove quite inaccessible to many, those who fully immerse themselves into Bran Coucou will be taken on a wild eccentric sonic journey unlike any other!