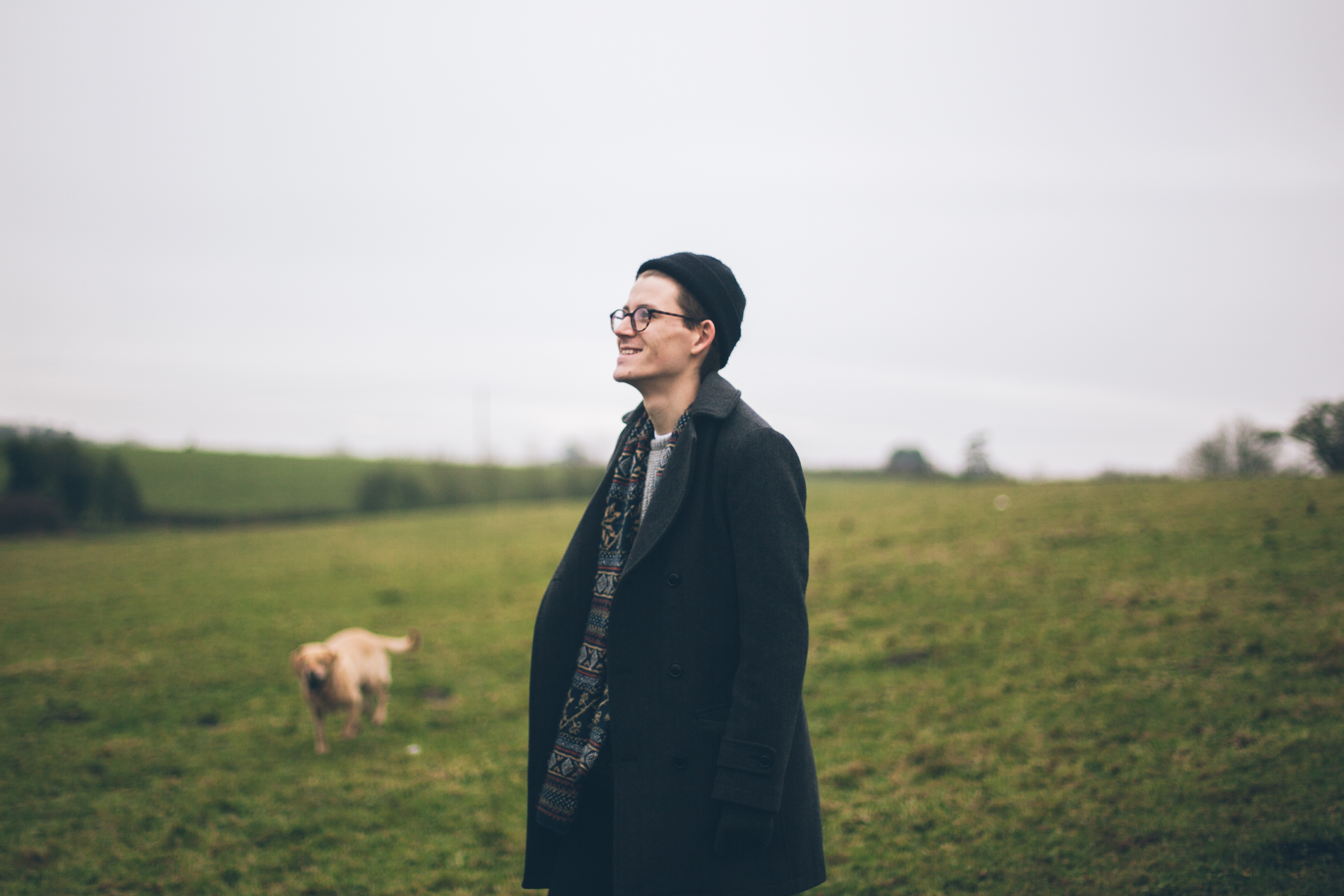 It’s hard to describe exactly what emotions Shift will make you feel, what images it will evoke before your inner eye. The sheer brilliance of Henry Green‘s music is much easier to grasp, though.

Do you know that feeling you get when opening your eyes for the first time after lying in the sun for a while with your eyes closed? Your surroundings are somewhat blue-tinged, everything seems a little surreal, and you feel kind of woozy, yet there is a certain comfort and detente attached to it? I bet at least some of you do. Well, that’s probably my favorite feeling in the world right there, and Henry Green’s ambient pop/deep house exploits on his début record Shift capture this special mood magnificently.

I mean, just take a look at the front cover: would you not love to be in Green’s place right now? Just standing there in the sun, surrounded by plants that offer some refreshing shade, a wonderfully serene moment in the hectic world we live in. In a way, this image perfectly embodies the music you’re about to be enveloped by in the 30 minutes to follow. Shift is a cool breeze on your skin in a windless hour, yet also impalpably romantic, tender almost, like the fleeting kiss of a summer love. The ten songs are new yet feel familiar, evoking nostalgic memories without having had any part in them.

The way Green weaves different musical elements into his morceaux is awe-inspiring in its nuance and subtlety; it took me several listens to really pick up on some of the more well-hidden stylistics to be found throughout the album, such as the bright folk aesthetics of the title track, “Another Light”, and “Without You”, or the textural use of horns in “Aiiir” and “Stay Here”. Snappy beats and gorgeous soundscapes obviously dominate the record, but there’s a whole lot of substance just waiting to be discovered by attentive listeners.

Even with Shift only being ten songs and around 30 minutes in length, there are simply too many highlights on it to properly assess without getting lost in a jungle of rapturous metaphors and superlatives, hence I will try to contain myself as best as I can. An obvious choice would now be to simply point to the aforementioned tracks and other singles for reference points, but I’ll do you one better by saying that any fan of Bibio (especially his masterpiece A Silver Wilkinson) will eat this right up.

Weren’t this ‘only’ his début album, a first fledgling outlook on his bright artistic future so to speak, I would’ve felt strongly inclined to give Henry Green even more credit for Shift. I’m not a fan of premature praise being heaped on an artist before they had the chance to really prove themselves, but damn, I got close to breaking my rule in this case, such is the tranquil power the record conjures up.

‘You pull me out of the dark into another light’, Green sings in “Another Light”, and indeed, that’s exactly what Shift does: put you into a brighter place. So once summer rolls around, the only reasonable thing to do will be to put this album on, grab a colorful drink (of whatever variety you prefer), and go out in the sun.