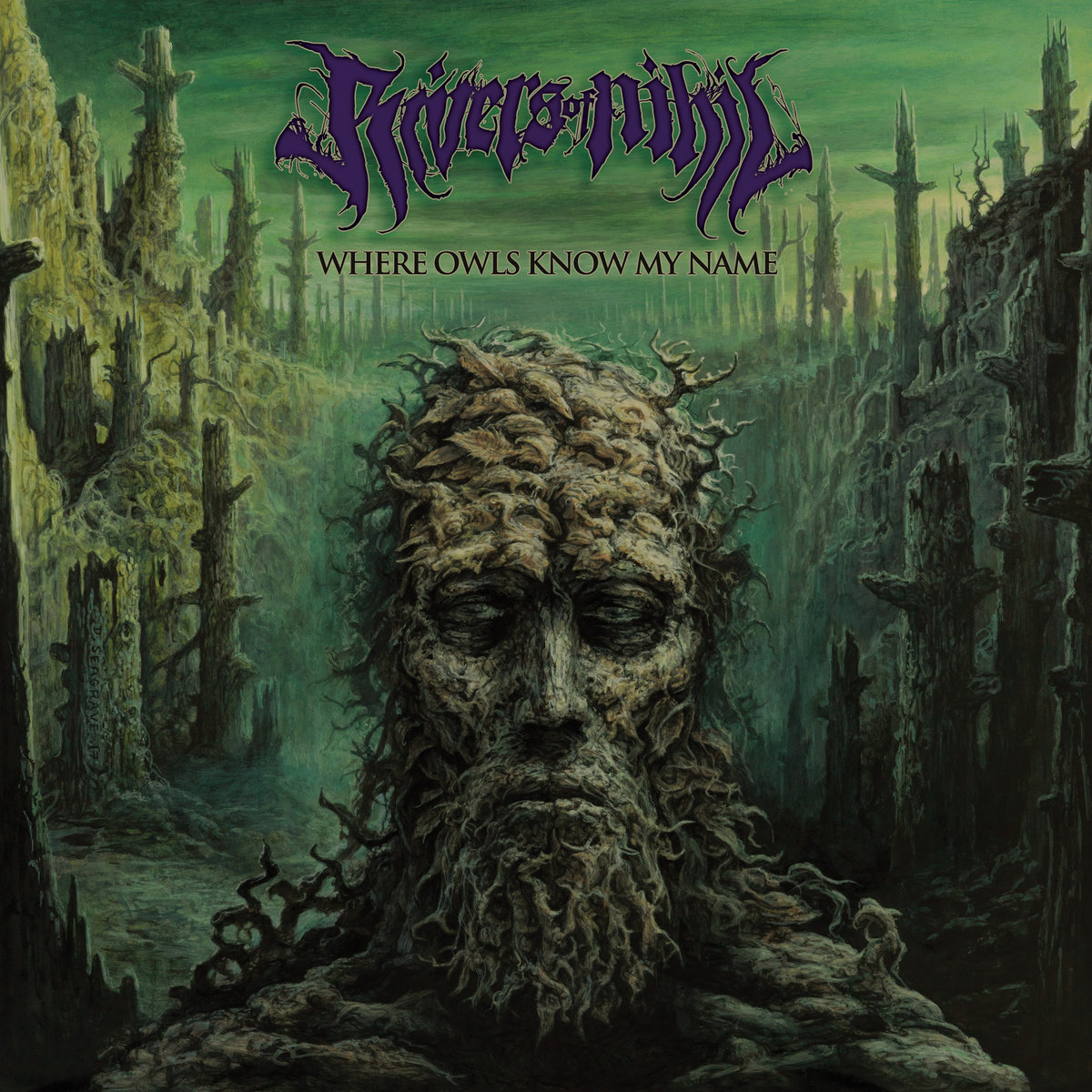 Rivers of Nihil – “Where Owls Know My Name”

By Jake WaltersMarch 8, 2018 No Comments

Rivers of Nihil have created a masterpiece of progressive, technical death metal. Simply put, Where Owls Know My Name is the best metal release of 2018.

Strong starts are always great to see, but with them comes the great burden of expectation. Rivers Of Nihil had a noticeably great start as a band, with both of their previous releases scoring high enough for them to become a bit of a darling in the technical death metal scene. With the release of their third record, Where Owls Know My Name, the weight of anticipation could push the band to the next level, or it could lead to other, less desirable results. Releasing on March 16 through Metal Blade, will this album continue the ascent of Rivers Of Nihil or will they fade into mediocrity?

Opening the album is a short meditative track that’s a little under two minutes entitled “Cancer/Moonspeak”, and it sounds nothing at all like a metal song, much less tech death. The vocals are strained[,] but quite clean, awash in effects and accompanied by rolling synth keys. As it fades, the lead single, “The Silent Life” fades in. Quaking double bass, simple chugging riffs, and Jake Dieffenbach’s trademark raspy not-quite-growl comes crashing in. The atmosphere is just as dense as you’d hope with plenty of elements at play. Later on, the saxophone and lead guitar trade off on a solo that’s among the most economic and tasteful things that you’ll hear on any metal record so far this year. The term ‘progressive’ gets thrown around a good bit in this musical space, but this is one of the most forward-thinking metal tracks I have heard in a very long time.

When I first listened to this record, I was driving. When the third track, “A Home”, made it to the bridge and lead solo, I audibly shouted, ‘@#$% THIS IS GOOD!’ I was also by myself, so I’m not sure if I looked more or less unstable to the nearby motorists. This song also sees additional progression in the form of clean vocals that keep things moving forward. Next up is the fourth in the tracklisting, “Old Nothing.” The brutality rises to the top of this song with relentless drumming, angular riffs and tiny breakdowns that punch the groove through the floor. The guitar solo is once again tasteful and elegant and shows that, even in tech death, sometimes less is more.

Something that I find few bands do well (or perhaps don’t attempt) is to put together an album where each song stands well on its own, but also fits nicely in the album. Where Owls Know My Name does this better than anything I have heard in a very long time. Each track has an indelible identity[,] but also fits nicely into the theme and tone of each song around it. “Subtle Change” is one such song. It’s eight-and-a-half minutes long and has multiple parts that hearken back to songs that come before and others which come after. It’s quickly becoming my favorite song by Rivers Of Nihil. Each movement is organic and each layer is dense with excellent musicianship and a myriad of vocal approaches.

I could write paragraphs for each song on this album. I won’t, but I could. This record sits at over an hour in runtime, but I was never once unenthused, much less bored. It’s been around three years since Monarch and the amount of growth the band has undergone during this time is astounding. The compositions are massive, but each transition within every song and from one track to the next feels organic. The musicianship often takes the front seat in tech death; however, Rivers are smart enough to know that while flashy fretwork is impressive, the songs are what are most important.

I’m not going to beat around the proverbial bush here: this is the metal record to beat this year. I genuinely can’t come up with a complaint about any aspect of Where Owls Know My Name. Each song stands on its own, the production is flawless, the vocals are diverse, and the instrumentation never gets in the way of the impeccable compositions. This is on my watchlist for album of the year, and I have no doubt that there it shall remain. Rivers Of Nihil haven’t buckled under the weight of expectation, they have shaken it off, and made something truly special.