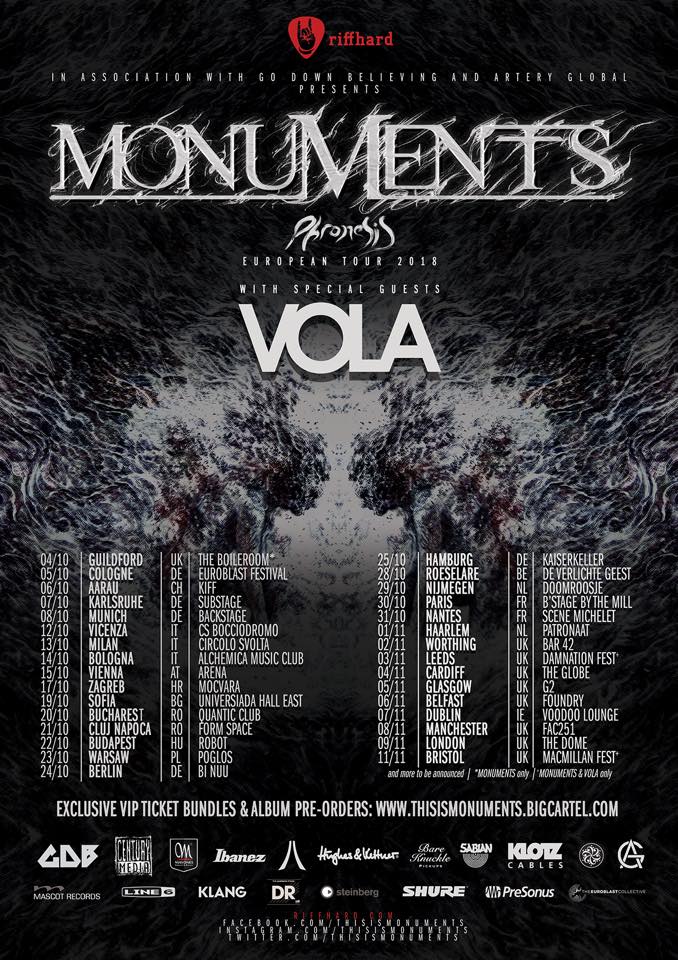 Great news, Europe! Progressive metal/djent powerhouse Monuments just announced a fall European tour to promote the release of their upcoming full-length record Phronesis (via Century Media Records). The British outfit will set sail, tagging Danish progressive metal sensation VOLA along for the ride as their support act on the journey.

As mentioned above, the band is due to unleash its brand new album upon the world, after unveiling the full details and release date only a few days ago. More information regarding the album’s release, tracklist, and guitarist John Browne’s take on it, can be found here. In the meantime, we can all enjoy the new single, “A.W.O.L.”, which is the first song off Phronesis released to date.

As for VOLA, the Danish side also dropped a handful of major news upon its fans in matter of days, as only yesterday the band unveiled a music video for a brand new song, “Smartfield”, the first single off Applause of a Distant Crowd, which is due to be the band’s second full-length record, and will be released via Mascot Records. More details regarding the album, and the new single, can be found here.

Full tour dates and locations can be found below (more to be announced):

For more information and updates, make sure to follow both Monuments and VOLA on their respective Facebook pages.