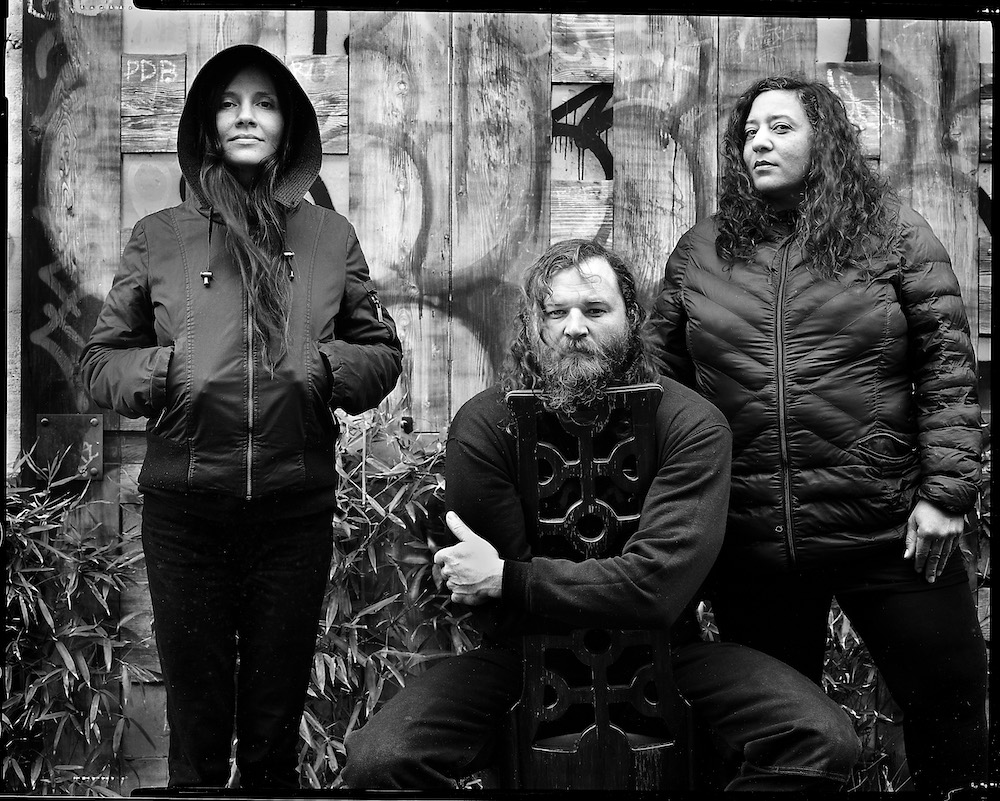 By Ashley JacobFebruary 21, 2019 No Comments

Seattle rockers Helms Alee are set for a good 2019 with the forthcoming release of their latest record Noctiluca. Fans have been treated to a first new taster in the form of album opening track “Interachnid”. As one may have gathered from the song’s colorfully surreal video, “Interachnid” follows the band’s long-running thematical affiliation with marine life. It’s a promising first glimpse at their sea of new material.

The track itself is a superbly energetic and distinctly grungy piece of work, which brings many of the classic Seattle rock sounds to a modern day stomping ground. As a unit of three, Helms Alee push their sound to the brink, ensuring that listeners get a full-bodied listen. It’s a simple set-up in one respect, but enjoyably intricate in another. An extra shout-out goes to Hozoji Matheson-Margullis’s marvelous drum-work, which really skyrockets the song’s already vibrant tempo.

With a wealth of material already behind them, Helms Alee prove that they are as strong as ever. And to think that this is only track one of Noctiluca! It bodes well for the rest of album, which is a mere two months away from release. Here’s the full tracklist, next to the cover artwork:

Helms Alee also promise that North America tour news are imminent, so stay tuned! Noctiluca will be released in full on April 26 via Sargent House; pre-orders are available here. To soak in Hems Alee‘s previous material, visit their Spotify and Bandcamp pages. For all other news and info, check our their Facebook page and Website.