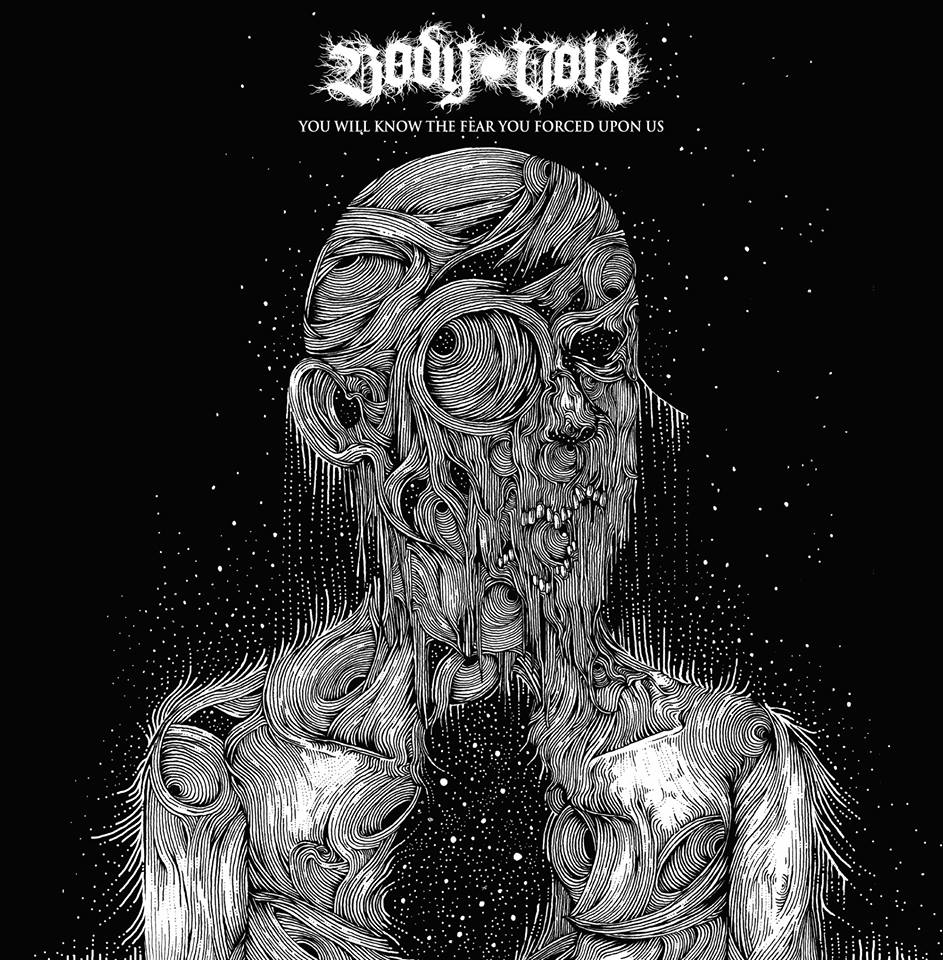 San Francisco, California-based experimental sludge act Body Void announced a new EP, which carries the provocative title You Will Know The Fear You Forced Upon Us. While the EP only has two tracks, fans of the band will know that it won’t necessarily be short just because of that. In fact, one title clocks in at 20 minutes, while the other is circa 19 minutes in length. You Will Know The Fear You Forced Upon Us will officially be released on March 15 via Dry Cough Records, Crown and Throne Ltd., and Seeing Red Records. The good news is that you can already listen to the whole EP right here!

Both songs featured on the EP, “Die Off” and “Fascist Cancer”, bring back elements from their previous album, although the band establishes a slightly faster tempo this time around. Overall, the music sounds crustier and less drone-heavy than before, and yet some of the slow motion riffs stayed to give the listener a familiar agonizing feeling of all-nullifying sound. Like on their last album, Body Void use feedback tastefully to add a few, sparse moments of release to their nearly endless minutes of building tension.

Body Void is a band that has been very vocal about political topics in the past, dealing with transphobia and body dysphoria on I Live Inside A Burning House. This time around, they target right-wing ideologies and fascists with their lyrics, voicing their anger about the oppression of marginalized groups.