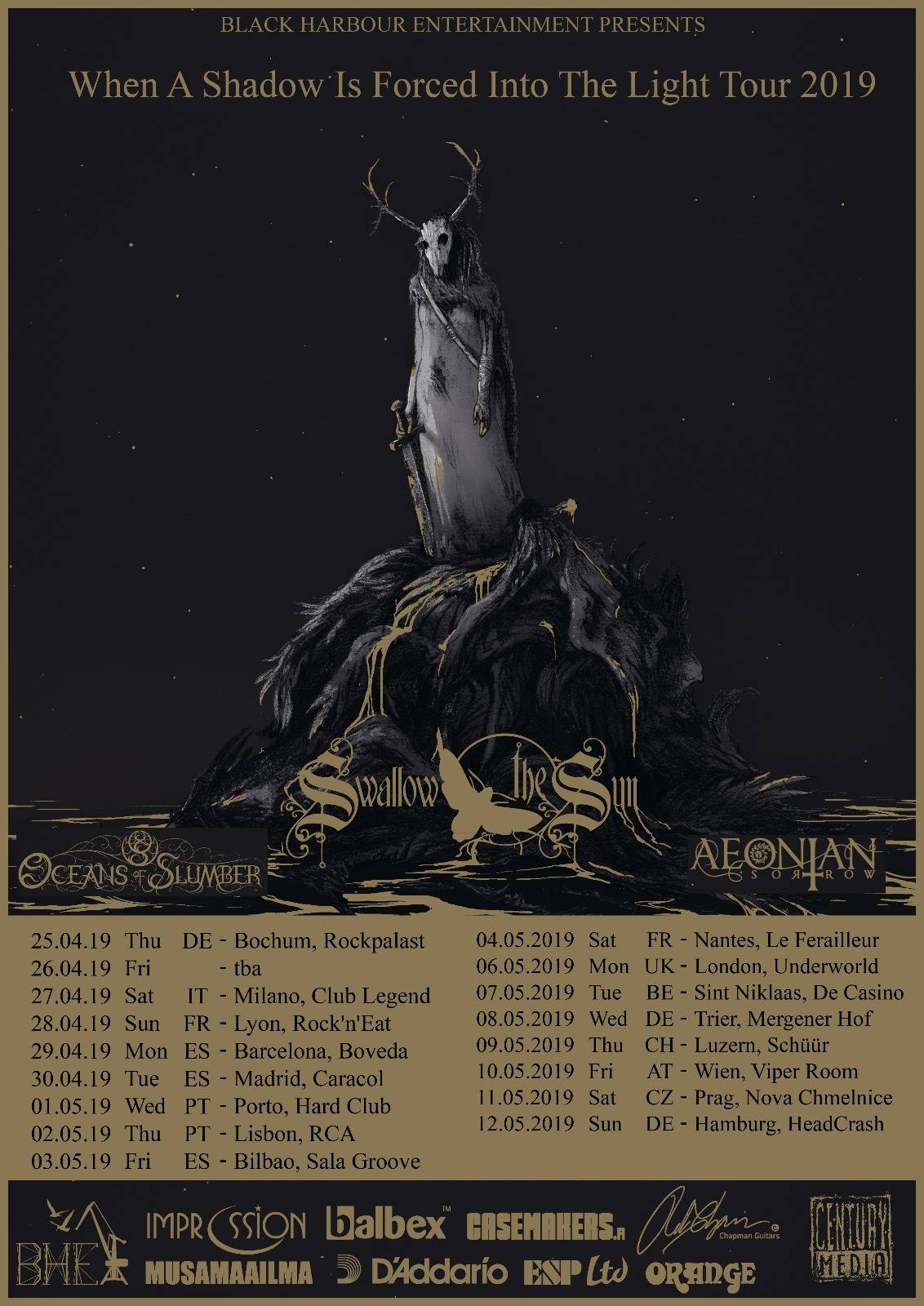 Finnish death-doom legends Swallow the Sun have announced their first headline tour in support of their latest cut When A Shadow is Forced Into the Light. Scheduled to kick off in Bochum, Germany on April 25, support on the three-week run will come from Texan prog metallers Oceans of Slumber and Finnish/Greek doomsters Aeonian Sorrow.

This tour marks the first time we’ll get to hear material from Swallow the Sun‘s phenomenal new album When A Shadow is Forced Into the Light live on stage, along with some of the bands greatest hits; it also marks the band’s first European headline run since the 2015 Songs from the North run. Be sure to catch a date in a city near you!

As always be sure to follow Swallow the Sun, Oceans of Slumber, and Aeonian Sorrow to stay up to date on any future news about this tour.