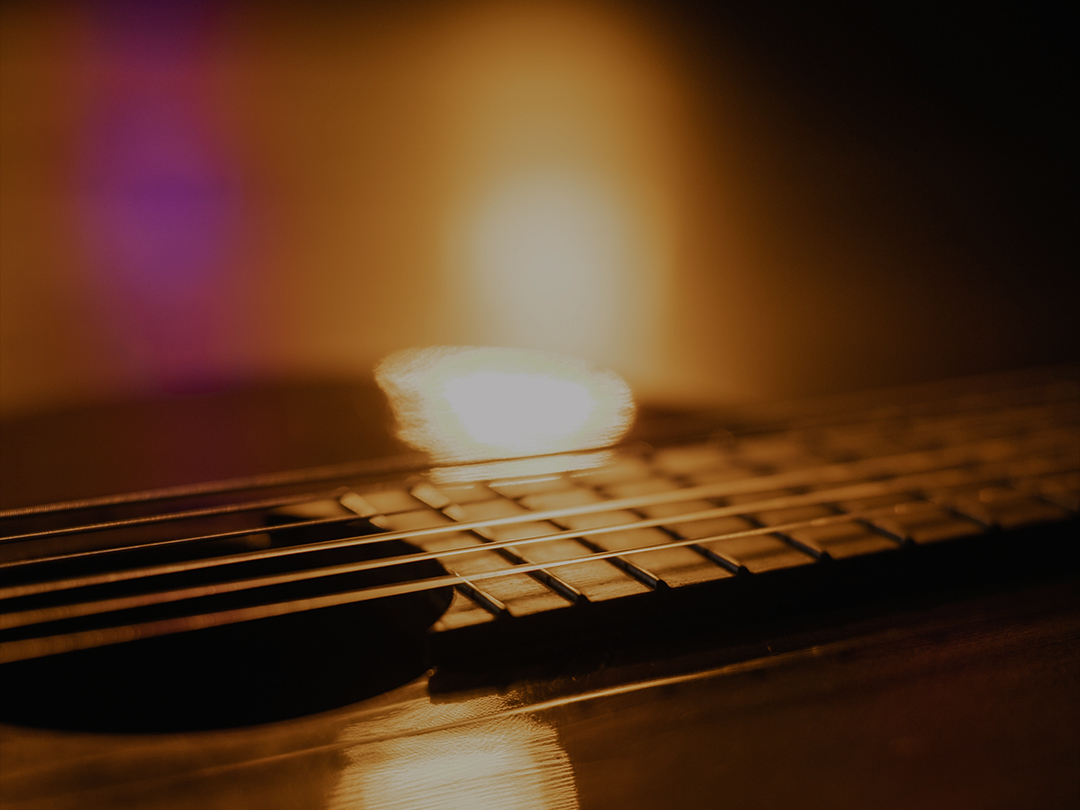 By Dominik BöhmerJanuary 12, 2023 No Comments

Another trip around the sun has been completed. 2022 returned to the metaphorical dust it arose from, and we’re now well into 2023. The pandemic still has its hand firmly pressed around the world’s throat; war, unrest, and economic hardships only amplified the sense of dread and longing for normalcy most of us have been experiencing for over three years now. So many fronts to fight on, so much horrible news vying for our attention at any given moment – it’s only natural to feel exhausted and hopeless sometimes.

I don’t know where my optimism stems from at this point, but I do feel that, while horrendous in key ways, 2022 wasn’t all bad. Private joys and shared victories, along with the massive displays of empathy and community amongst human beings from around the world, give me hope that everything might turn out alright after all. What we need now more than ever is to come together and live in peace and solidarity – for those whose needs aren’t being met, for those left by the wayside, for everyone. Most importantly, though, for the very planet we live on. There’s not much time; let’s try to do better. Together, a journey of small steps towards a great goal can be possible.

As per our tradition, some of us EIN folks gathered to talk about our recollections of the past 12 months in art and life. And boy did 2022 deliver in that regard! So much fantastic media to get lost in, from books and shows to movies and, you guessed it, music. Hopefully our AOTY list will reflect the obvious – 2022 was a massive win in terms of records that were released, across the board and in every genre imaginable. Our individual lists certainly do, as you might be able to gather from the few presented to you below.

Before we get into our reminiscence, though, I would like to take the time to thank you for your continued support in 2022. We’re steadily growing an audience that makes us proud beyond belief, and it’s not something we take for granted. You bolster our dedication to bring you the best music and most enjoyable content we can every single day; the support we feel from our audience motivates us just as much as our love for music, if not more. In case you’re looking for a way to contribute to our work a little more, we recently launched our Steady account – an electronic tip jar, if you will. Even if not, we appreciate you taking the time to enjoy our content all the same. Let’s get along in 2023 as well!

What a strange year. With the almost complete return to ‘normal’ in the UK, coupled with the warmest year on record, it would have been wonderful to actually have been able to enjoy it to the fullest! Whilst my new puppy and dodgy knees had other plans, I’ve managed to succeed professionally and personally, adapting to the changes thrown at me and collectively with my partner, making our new home truly ours.

Walking with my new Chowsky puppy gave me more time to truly consume music, with just the simplest of thoughts permeating my play sessions. Likewise, once she had blasted through the back of my knee like a cruise missile and dislocated it on my birthday, I also found solace in music, with some exceptional spring/summer releases carrying me through the pain. Wrapping up the year with knee surgery to fix the damage, I blasted past my yearly ‘scrobbles’ on Last.fm, topping over 17,300 songs played.

The year started strong with a genre a was keen to dive headfirst into. Papir’s 7 was the most wonderful start to the year of music, offering me a delightful slow-paced and ethereal record. Paired with my continued obsession for the new form of psychedelic Elder (whose new album was also a highlight of the year), I dredged the sea of psych-rock this year. Bands like Casau Sui, The Re-Stoned, and Swan Valley Heights have been noodling my eardrums for the majority of the year.

One band in a similar vein that blew me away was JIRM. Similar in ways to REZN, this jazz-doom band blew me away with their almost David Lynch-ian vibes and amazing soundscapes. Sergeant Thunderhoof also caught me unaware with their monstrous new album.

As expected though, post-metal still reigned supreme for me, with over 60% of bands fitting that tag making my AOTY list. A long time love of mine, Path of Might, returned with an absolutely massive album that cuts out its own niche, packed full of massive synth driven atmosphere. Somali Yacht Club too, just after the start of the illegal invasion of Ukraine, pumped out their record The Space, which just didn’t make our AOTY cut.

In terms of heavier material, Psychonaut reigned supreme. Yet there was so much brilliant material pushed out by the likes of bands such as Divided, My Dilligence, Gloson and Tuskar. Absolutely titanic records, with the latter, also being one of my live highlights of the year.

ArcTanGent was exceptional this year. My mind still suddenly remembers one of the 30+ bands I saw, with my highlights being Scalping, Hippotraktor, Five The Heirophant, Intronaut and DVNE, among many others. Long may hipster metal festivals reign.

To sum it all up, much music, lots of pain, should be walking fine next year, very much looking forward to a new lease on life in 2023!

A Dylan in Retrospect

2022 was one of the most challenging and insightful years I’ve had since the last one (like I’d immediately remember!!!). Throughout 2022, I booked a successful two-week tour with my band, made lots of friends and new connections, got to see and experience so many new places and moments that will be cherished forever, revived much of my passion that I’d felt was beginning to die off. I learned a lot about myself and really found solid grounding between me and my partner’s relationship, conquered virtually impossible strides in my current occupation, and made financial advancements I never thought I’d see this time two years ago.

Along with all that, I somehow managed to join this wholesome group called Everything Is Noise, as of May 2022. Since then, I’ve felt adopted into this new family of word-wielding geniuses and keyboard warriors alike, and I plan to carry on with them into 2023, penning every piece of passionate listening possible, with as much frequency as can be summoned. I’ve hurt, I’ve lost, I’ve gained, I’ve learned, I’ve laughed, I’ve cried, I’ve smiled; but most importantly, in 2022? I’ve survived. And so have you! And so have we! So let’s do likewise in 2023! Stay gold and keep your eyes on the prize, kings. Anything is possible.

From my perspective, 2022 was a frantic and task-ridden year filled with many twists and turns, from writing music to writing about it and beyond, connecting with new people and old friends, attending a slew of great liveshows, learning and digging deep into a bunch of new skill sets to utilise throughout my artistic endeavours and day job-related shenanigans, granted that the most significant event that occured was having my firstborn enter this realm; an event which despite its quantum magnitude still doesn’t undermine the fact that I wrote some of my subjectively best articles about some of the grandest music I’ve ever heard, including but not limited to reviews, premieres, and WFA’s(both with and without interviews) about such striking acts as Clavicvla, Nordvargr, Black Fucking Cancer, Mamaleek, Teethgrinder, and EGGVN to only name a few, and by Jebus I swear to keep this going to my best ability and cover as many exhilaratingly amazing and profoundly groundbreaking artists as I can in 2023 without giving two shits about genres and gatekeeping, as long as I make it through the mountains of diapers and pools of baby snot that are proving to be a bit obstacle-esque first, and I hope my ramblings will continue to be both tolerated by our lovely editors as well as read by all of you wonderful people.

Years just fly by these days, don’t they? 2022 was no exception, but it’s hard to imagine a more fulfilling year on a variety of levels both in music, writing, and in my personal life. This was the first year in many where I did not move house and thankfully got to spend plenty of time at home with my wife (I got married this year!) cooking, listening to music, and adoring our three rescue cats. Live music was sadly hard to come by, as my location isn’t always the nicest when it comes to venue proximity, but I did manage to see two great shows by The Ocean Collective and Nechochwen! I have hope that the new year will afford me more opportunities to get to more shows, I need more live music in my life.

Musically I tended to keep my head in the space of metal as I often do, and this was another strong year for the heavier genres. Albums seemed to land every week that piqued my interest and gave me something great to headbang to all year. Hip-hop was on fire with Black Thought, Loyle Carner, and Denzel Curry and I got my country fixin’s with Ian Noe and Zach Bryan. Regardless of the genre, I found some incredible music to listen to, and as usual, most of those great recommendations came from our writing staff here and my pals over at the Into The Combine podcast. In the coming year I may change up some listening habits here and there, but I like the path I’m on and just want to get better in every aspect of my life. I want to love deeper, be less cynical, and try to be a better friend to those around me! Thanks for coming by our site, I love this place and everyone involved. Have a great new year, reader.

Highlighted content: A Conversation with Aaron Carey of Nechochwen