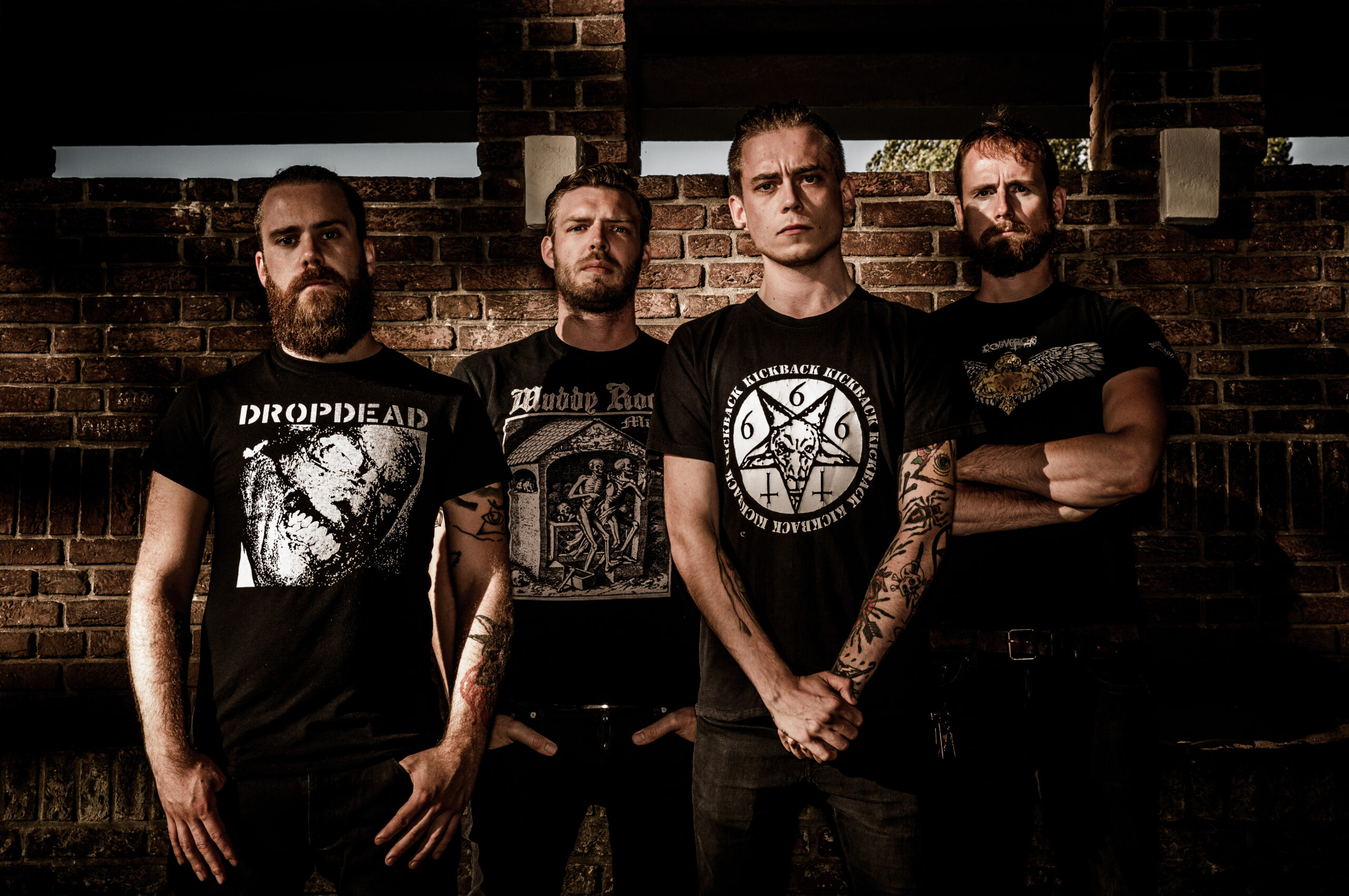 The absolute nihilistic death/grind unit Teethgrinder return to the masses with Dystopia to properly fuck you up.

It’s been six years since Teethgrinder put out one of my favourites ever, their second album Nihilism. Just the other day I spoke about Antigama being the introduction and/or catalyst for my interest in the grindier realm, and how an astonishing amount of their peers fell short in comparison. Well, Teethgrinder weren’t one of them. From the opening seconds of “Somnambulant” to the aching last ones of “Bite The Hand That Feeds”, Nihilism was and is a cavalcade of certified ragers, and has stayed on quite the steady rotation here since its release. The following years saw the band toning down their presence a bit, and I already seriously wondered if this is it for them. Gladly, it wasn’t.

Teethgrinder announced their third album Dystopia more or less out of the blue late this spring, and I pretty much lost my (figurative) shit on the spot. After collecting my marbles back to a bunch, a certain sense of worry settled in – I very rarely find myself in a position like this, where the band’s previous effort has shaped my musical identity in such a profound fashion, and now I’d need to have no reservations going into the new album. Is that even possible? Frankly, I don’t think so. However, with the open mind tactic, everything is possible.

As the years have passed, has Teethgrinder‘s focus points experienced a quantum-level shift. On Dystopia, the band are still very much recognizable, but evolution has carried its weight in shaping this newfound vessel of scathing furore and stupefying ambition into its current form.

The most gravitational change on Dystopia, when compared to the earlier two albums, is that the compositions are on a whole new level. They are as convoluted and sinuous as ever, but aside from the damn hook fest of an essence, the songs have an emphasis on being striking, and the value of individual moments seems to have increased quite a bit. This is also apparent in the song lengths, as most of them run for three-and-a-half to four minutes, while some even cross the eight minute line. Truth be told, Teethgrinder has never been your run-of-the-mill grindcore band – they’ve always led with this sort of a death/black metal stance, and the grindier elements are getting somewhat trifling on Dystopia as a whole. As I said, Dystopia is a continuum – an evolution – and all the better for it.

As is customary for the band, Dystopia opens with a mountain-moving slow-burner of a track, “Ascendance”. The ocean of feedback leads to a sludge-paced beating, the recognizable spoken megaphone-esque samples familiar from their previous albums make a return, and the atmosphere is as choking and ponderous as imaginably possible. Four minutes later, the intro track subsides by means of ringing sirens, and “Birthed Into Suffering” sprouts forth an unforgiving barrage of blast and skank beats, a chainsaw-ish wall of guitars and strongly tonic bass, and ferocious vocals. This is where the album gets its proper start, and it takes a while for the next relative calm. The following songs, “Worthless” and “Blood Ritual”, perfectly demonstrate the fresh state of Teethgrinder as a whole, as the uncanny ebb and flow is infused with hard-hitting hooks and an utmost oppressive ambiance.

The longest tracks, “Our Failing Species”, “Cloaked”, and the titular one also shine entirely on their own. While the band has previously done a few songs of elongated length, it’s been more of a ‘one per album’ type of scenario, rather than having this many on a single record, which impacts the overall mood significantly. The longer tracks give Teethgrinder more room to experiment and really take their time to properly dig into their own mien, scavenging all the nooks and crannies of their musical output in an excellent fashion. This is also most certainly why this trio of monoliths stand out notably, and I’d even go as far as saying that surprisingly, Teethgrinder are in their best form on them. I absolutely adore the high energy demolition swathed in adrenaline and rage, yet the slower bits provide the kind of abiding intensity and destructive edge that makes the band stand on their own feet.

Six years is a long time for any band to take between albums, but can you really complain when the long wait is compensated with something like this? On Dystopia, Teethgrinder are an entirely different unit of brute proportions than on their previous albums, and honestly, the reincarnation has done wonders for them. This doesn’t diminish the greatness of their past works in the slightest either, but goes to show that the band are on an upward trajectory that will eventually lead them atop untold heights. Dystopia is a work of art that will undoubtedly stand the test of time, proving to be an enjoyable and gripping experience to anyone who dares to dip their feet into the murk of the band’s making.